How does automation affect our lives and should it be reduced?

The introduction of AI could end life as we know it, but maybe not in the way that you would think. Should the use of automation be reduced, and why is this industrial revolution significantly different to all others in the past?

Past revolutions and how they affected the world

The world has seen many different industrial revolutions ranging from agriculture to conquering the power of steam. Each revolution has helped to bring technological advances while also improving the lives of all people affected. For example, the agricultural revolution saw a massive increase in food production, and better use of land, which resulted in significantly fewer hungry people. The agricultural revolution also led to fewer people needing to work the land, thus freeing up time for people to think and ponder on problems. This thinking leads to the industrial revolution, which saw the introduction of steam power.

Each revolution the world faces has seen the quality of life improve, reduce the effort needed to complete tasks, and increase the number of available jobs via new technologies. However, the current revolution, Industry 4.0, is unlike any other of its kind, and it could potentially do more harm than good if not dealt with correctly. So, what is Industry 4.0, and what makes it different from other industrial revolutions?

Industry 4.0 is the current industrial revolution that is taking place and is essentially the widespread use of robotics, automation, and AI in everyday industrial processes. The inclusion of such technologies not only helps to make processes more automated; it also provides a level of intelligence that can make decisions on how to improve the process. For example, an AI monitoring system can be fed sensory data from a motor drive system, and from that information, determine if the system is close to failure. From there, it can then instruct the maintenance crew to repair the motor drive while also altering the entire production line to account for the out-of-service motor drive. Network technologies (such as 5G), are what make Industry 4.0 possible, with all aspects of a processing generating data and transmitting this data to a control system.

What makes Industry 4.0 revolution different from others?

One of the most significant differences between Industry 4.0 and its predecessors is the amount of automation introduced, the few additional jobs created, and the skill set needed for the new jobs created. Modern automation systems are utilising robotics to perform most production line tasks done by people, including packaging of items into boxes, moving items around factory floors, and even inspections of final products. The use of robotics in every step in a production line reduces the number of workers needed, and the result is far fewer jobs available.

Automation of the past has solved this problem by replacing old jobs with new jobs. For example, the introduction of automated drilling and milling systems saw a need for operators to monitor the work as well as provide maintenance. The introduction of automation in the past also allowed those on production lines to explore other areas of work, and the growing service industry provided excellent alternatives. However, the current technological revolution is not helping to generate enough jobs for those being replaced with highly automated systems. This lack of job creation is worsened when considering the types of jobs being created through Industry 4.0. While automation of the past lead to the production of new sectors which all required low skilled workers, Industry 4.0 is creating jobs that require a high level of education, including software and hardware engineering. These subjects, not easily taught to many, means that only those with appropriate experience and degrees can benefit from the job creation, leaving those who lack the skill sets in the dark. This problem is amplified when retraining low skill workers are next to impossible due to the complexity of automation systems. For example, teaching a factory floor operator how to perform maintenance (such as timing belt replacement), is significantly easier than trying to teach how PID systems provide error correction, and how AI neural nets learn.

Many economists look towards history and conclude that automation will create more jobs that everyone can do. However, the nature of automation, and the jobs created, means that there will be a large portion of the population who will never be able to work in the field due to the high entry requirements. It is similar to expecting every doctor to become a surgeon if doctors were replaced with AI systems; many lack the dexterity and concentration needed. So, should we ban automation, or should we consider other methods?

What do technology advancements mean for the future?

If one statement holds, its that I hate tax more than anything. However, it is hard to deny the importance of tax when driving on roads paid for by the government, the free education provided to children, or the military that defends the country from foreign interests. Banning automation could, in theory, help to provide jobs to low skilled workers, but stopping technological automation is something that simply cannot be done. To start, banning technological advancement means that someone else will quickly overtake you, and thus put you in a worse position (whether economically, technologically, or militarily). Banning technological advancements also impact scientific research which could be used to improve the quality of life, make critical discoveries that could help with global issues, and contribute towards the betterment of humanity as a whole. 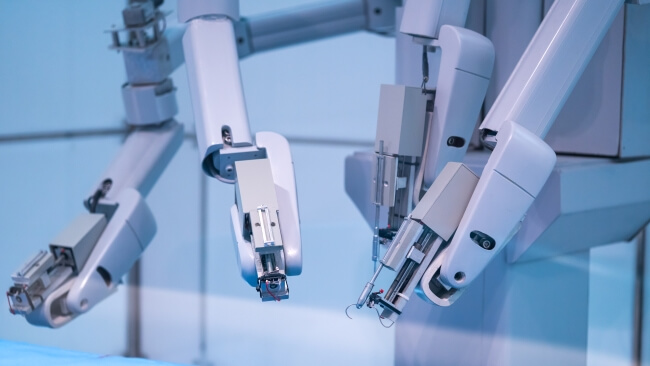 However, that doesn't mean that advancements in technology can be allowed to go unchallenged. One example would be unethical medical testing on prisoners; sure, it would allow for much faster medical testing of crucial drugs, but common decency tells us that the means justify the end (i.e. testing on prisoners is not moral, and better not to make technological advances through cruelty). The same applies to the introduction of automation; it can be hugely beneficial to society, but that doesn't mean it should be a free-for-all with no consequences.

What is automation tax?

One method to help reduce the impacts of industrial automation is with the use of tax; instead of taxing a company solely based on its profits and number of employees, tax its human hours' work output instead. A specific formula and method of calculation would be needed to determine the amount of tax correctly, but in general, if a piece of machinery can replace a worker's job, then it should contribute towards tax as if it was a person. But, instead of being a 1 to 1, the tax formula for such machinery should be scaled to match the economic output of the process better. Thus, a machine may replace three people on a production line, but if it is capable of outputting the equivalent of 20 employees, the tax rate should be higher than that generated from 3 people.

Another aspect that production lines can disregard when replacing employees with machines is environmental conditions. By law, most working environments need to be kept within a temperature for the comfort of employees, but an entirely automated process can do without environmental controls. In such situations, a worksite should not wholly benefit from the cost savings; a portion of those environmental control savings should be taxed. While automation tax is not currently in widespread use, it does exist in some places, including South Korea.

Some may think that taxing automated processes is anti-capitalist, or market interference, but the truth is that everything costs. No matter how automated a process is, it is still reliant on infrastructure provided for by taxpayers. Roads that bring goods to the factory to be turned into products, the railway that transport materials from one side of the country to the other, the warships that patrol the borders, and the education provided to all, are but a few life's necessities that make those automated processes possible. If too many jobs are replaced with automated systems, then there is a real possibility that countries around the world will turn to universal basic income (UBI). Such a system will require large amounts of funding, and that is something that automated systems will have to pay for. Replacing workers without growing demand for services and new jobs only leads to increasing unemployment, and increasing the complexity of new jobs limits how many people can work.

Are Dark Trions The New Carrier of Quantum Information?

This chip gives wearable tech a much needed security boost