How can patents affect innovation?

Apple and Broadcom have lost a court case against CalTech after CalTech claimed that their patent was violated regarding wireless data transmission. What does this case demonstrate, what was violated, and why can patents be damaging for innovation?

Recently, a court case initiated by CalTech has seen the two industry giants Apple and CalTech face damages of up to $1 billion for violating four patents that CalTech holds. According to CalTech, the patents filed to describe the use of Wi-Fi technologies including IRA/LDPC codes, which helps to reduce the complexity of encoding and decoding, thus requiring simpler electronics to achieve reliable wireless communication.

The size of the damages reflects the many millions of devices currently on the market (which Broadcom devices violate), and CalTech released a statement saying how they were happy that the jury found in favour of their case. While Apple and Broadcom did file for an appeal, the appeal was invalidated with Apple and Broadcom now being expected to pay for the damages. Apple’s appeal position related to the fact they utilise Broadcom devices in their products, and as such are downstream parties whom themselves did not violate any laws.

The title of this article is “How patents can hurt technological development”, but before this side of the coin is examined, we first need to understand how patents can help technological development. The goal of a patent is to provide copy protection to design or concept. For example, a company could develop a new method for converting mechanical energy to electrical energy with minimal losses that could have widespread applications. The developers may have invested significant amounts of capital in researching and developing the idea. Thus the patent allows those developers to commercialise their design and recuperate their R&D costs plus more for development of future products. Thus, the protection offered by the patent has helped to encourage research by providing investors with a guaranteed return.  Some would say that this verdict was a victory for patent law which helps to drive innovation, but patents can sometimes impede technological advancements.

Before looking into an example of how patents can do more harm than good, we first need to look at a statement made by CalTech regarding the patent case and compare this to their business model.

“As a non-profit institution of higher education, Caltech is committed to protecting its intellectual property in furtherance of its mission to expand human knowledge and benefit society through research integrated with education.”

Generally speaking, when information is made freely available to the public, innovation is allowed to operate at its maximum efficiency. The lack of restrictions allows for any designer to copy said information, and most likely make additional improvements. This ability to improve can be taken further with the use of specific licenses such as GNU, which require that any work based on the original work is also provided to the public for free. This is the bases for operating systems such as Linux and programming languages such as Python which are rapidly changing the technological environment. This is one of the key arguments for open-source hardware and software; the public has access to all code and content, and errors are often fixed significantly faster than those in close hardware and software. 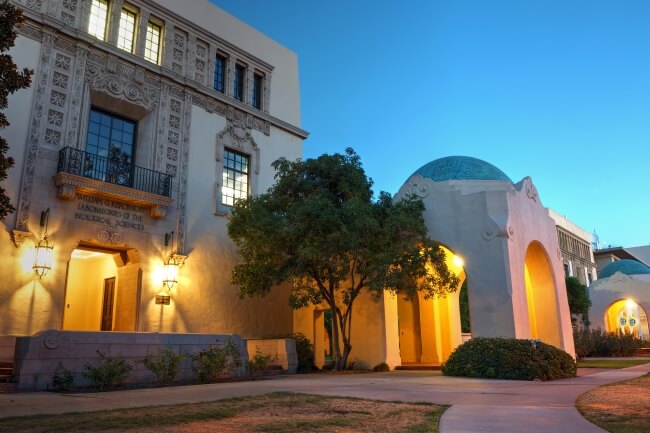 CalTech would argue that the use of the patents on Wi-Fi technology help to fund research and provide the betterment of humanity. However, the use of such patents prevents companies from utilising the technology freely, and thus continue its development to improve the performance of Wi-Fi technology. It can also be argued that the size of the fine is absurdly disproportionate to the patent breach; CalTech has a yearly endowment of $2.98 billion, which puts the fine at an approximately 1/3rd of this value. The payment also assumes that the patent itself is worth at least $1 billion, despite playing a small role in the end products, which could have easily been omitted (many other products use different Wi-Fi technologies that don’t utilise the patents). The size of the fine also does not align with the interests of a non-profit organisation whose goal is the betterment of humanity; companies such as Apple and Broadcom make many advancements in the field of technology, which also massively benefit humankind. It would have made far more sense for CalTech to issue a warning to Apple and Broadcom, and then make a reasonable request for continuing royalties (that reflect the scale of the product, and the importance of the technology).

The violation of the patent also brings into question about how Broadcom was able to make such a violation in the first place. It cannot be said for sure if Broadcom knowingly violated the patent, but there is a chance that the idea which the patent protects is far too simplistic in nature (i.e. it can be easily independently developed). This means that companies who unknowingly violate patents, despite having developed the idea themselves, are at risk of breaking the law. When simplistic concepts can be patented, it can significantly harm development in technology as most designs and concepts are built upon necessary foundations. If the necessary foundation itself can be patented, then all technology above cannot be developed without permission from the patent holder. If CalTech can patent Wi-Fi code technologies, does this mean that CalTech will use the $1 billion to only fund advances in Wi-Fi technology, or will it be used for other projects entirely unrelated to Wi-Fi that don’t further the advancement of their own development, thus holding that technology back by decades?

A classic example that demonstrates how patents can be damaging is the 3D printer industry. I personally remember first seeing 3D printers at a 3D printing conference in 2012 thinking how far technology had come. However, on closer inspection of how 3D printers worked, I thought to myself that the design was incredibly basic, and there was no excuse for this technology not already being available. After a quick bit of research, it turned out that there were multiple patents that protected key concepts behind 3D technology, including material extrusion. It also turned out that 3D printing has long been used in the industry for the better part of 40 years, and these patents had significantly held back technology for decades. 3D printing technology could be potentially revolutionising in many fields, including the ability to print organs for transplants, and this “betterment of humanity” was denied as a result of patents that cover almost trivial concepts.

Patents are essential for protection products and design from commercial theft. There is nothing worse than when a designer devotes their life to creating something astonishing, only to have it stolen and denied royalties. However, when those who file patents, and refuse to continue working on those designs, or insist that they are entitled to absurd amounts of money, are not helping to improve the technology. Instead, they are only holding back innovation that others could have provided. Getting the balance right on patents is difficult, and they really do have their advantages. But remember, technology can only advance when researchers and designers are freely able to explore and experiment with ideas and concepts developed by others.

Could Silicon Anodes Be Made More Stable?

Can this VLT breakthrough give DRAM performance a much-needed boost?