Fast EV chargers are needed to reduce waiting times when at fuel stations, and Ingeteam has teamed up with Infineon to creates Europe’s fastest car charger. What technology drives this charger, and are car chargers looking at the problem in the wrong way?

Ingeteam and Infineon Team Up

While EVs are set to help the world fight climate change as well as help to remove fossil fuel dependence, they still face multiple challenges. The first challenge is the price; the mass adoption of EVs by the general public will require their price to continue to fall to competitive rates. The second challenge is their range; an electric car that can only do a third of the distance of a standard car is hard to sell to those who plant to make long journeys. The third challenge relates to the second; the charging time of the vehicle needs to be minimised. Generally speaking, a standard car that consumes petrol can be filled in less than two minutes, and this two minutes of fuelling up can provide as much as 400 miles of range. An electric car, however, not only takes significantly more time (as much as 8 hours), but not all petrol stations have electric charging points. This means that someone making a long journey needs to ensure that there are charging points along their route.

To try and solve this problem, Ingeteam, a Spanish based power company, has teamed up with Infineon to produce Europe’s fastest EV charging station. The charging station delivers up to 400kw of power, meaning that a typical battery can receive up to 80% charge in under 10 minutes. This achievement has only been possible thanks to Infineon’s CoolSiC range of MOSFETS which are based on Silicon Carbide technology. Thanks to the more considerable thermal capabilities of SiC, as well as the higher breakdown rating, SiC-based devices can handle greater voltages and current while being able to remove heat caused by thermal losses readily. The charging station, called the INGEREV® RAPID ST400, has already proven its capability and has been installed in multiple locations. What challenges does such as charging station face, and why are full charges pointless?

Electric charging stations are generally installed in the homes of those who own an electric car and almost always require a trained electrician to install the necessary circuitry. Such chargers come in a wide range of types, but will often have power ratings lower than 10kw due to electrical demands from home. In the UK, most homes are limited to 20KW of maximum instantaneous power (80A), and the use of a 10KW charge would instantly reduce the max power by half. The use of large power chargers also incurs heating losses which can reflect a higher electrical bill. Thus, home chargers are often limited in size with users of EVs charging their vehicles overnight. The use of overnight charging also allows for the driver to take advantage of Economy 7 tariffs where electricity is cheaper at night. 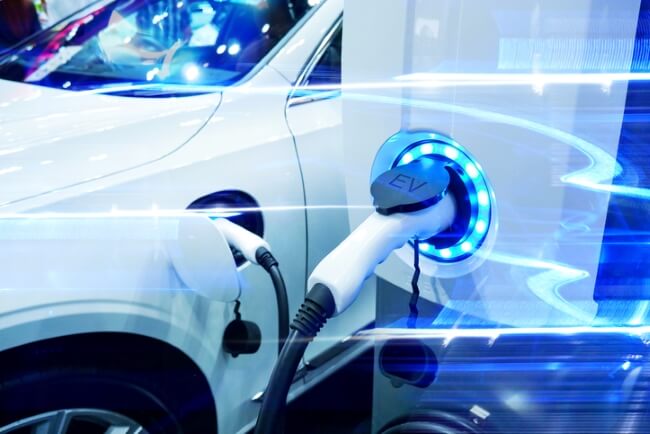 But creating a charger that can deliver up to 400kw of instantaneous power has a whole range of challenges. The first is the extremely high current in the charging cable, which would generate large quantities of heat. This problem can be solved by stepping up the voltage, but even at 2000V of DC charging, the current would be 200A which is an incredible amount of current. A current so large would have to be transmitted through a cable that can be easily manipulated by all that operate electric vehicles. Stepping the voltage up even further to reduce the current, but not many technologies can handle such voltages. This is where SiC steps up to the mark thanks to its ability to handle high voltages (up to 1,700V). Intelligent chargers would only apply power once a proper connection between the car and the cable has been made, and further use of smart programming would recognise the maximum current capability of the mechanical connection between the vehicles charging port and the charging cable. Another challenge faced by such charging ports is the demand put on the main electrical grid; while a charge may only take 8 minutes, the local grid will have to provide an additional 400kw of instantaneous power for each charging station in use. Assuming a large service station has ten charging ports, the maximum instantaneous power drawn would be 4MW.

While fast chargers are being designed to provide an EV with 80% of its capacity in 10 minutes, the alternative solution is to perform distance/time charging instead of capacity charging. Many of those who use traditional cars do not fill their tank up entirely for economic reasons, and the same could apply to EVs. Instead of needing to charge the battery fully, a battery could be given 10 minutes of allocated charging time to prevent the building up of other EVs waiting for a charge, and fast chargers could provide more than enough range for each 10-minute slot. Partial charging could also see a reduction in demand for high capacity chargers which would put less of a strain on existing electrical infrastructure while offloading “deep-charging” to overnight with the use of home charging.

Electric vehicles have a long way to go to become mainstream, and charging stations are one of the keys to their success. The creation of a 400kw charger with a charging time of 10 minutes is a remarkable achievement in charging technology and will pave the way for the large scale integration of EVs.