Recently, researchers have been able to develop a transistor whose function can be programmed in real-time. What challenges do current processors face, what does the new technology do, and how could it change the future of computing?

What challenge does computing face?

Ever since the development of the first single-die CPU (the Intel 4004), computing technology has improved exponentially thanks to the ability to double the number of transistors on a chip every two years (called Moore’s Law). The doubling of transistors increases the maximum bit width of circuitry, increases the number of memory units, creates more complex hardware, and reduces the energy consumption of each transistor. This is why the reduction of transistors is crucial for creating powerful computers and miniaturising mobile devices while simultaneously reducing their power consumption.

However, physical limitations mean that transistors can only be made to be so small, and the latest transistor technology is quickly reaching this limit. Eventually, making transistors smaller will either be impossible, impractical, or uneconomical and when this happens, computing devices will no longer see performance increases come from transistor increase.

Of course, there are solutions around this, including the use of 3D chips that stack layers of semiconductors on top of each other. However, this does not solve the power consumption problem meaning that each additional layer would add more computational power at the cost of significantly increased energy consumption. This then presents a challenge with heat dissipation; multiple transistor layers could be too difficult to cool effectively, thus imposing another design limitation.

Recently, researchers from TU Wien Vienna have developed a new programmable transistor whose properties can be altered in real-time to produce different functions. The new transistor takes advantage of a germanium nanowire laid across the channel and lies below the transistor gate.

The use of germanium is critical to the transistor as germanium possess a unique electrical characteristic called negative differential resistance. Simply put, applying a voltage across the germanium wire will result in a current to flow, but going beyond a specific voltage threshold causes the resistance to increase, which decreases the current flow.

The construction of the transistor allows for the germanium wire to alter the function of the transistor as to whether electrons or holes are the majority charge carrier. This allows for the creation of logic gates whose function can be changed (i.e. from a NAND gate into a NOR gate). While such circuits are yet to be demonstrated, the researchers presented circuits using the new transistors that could perform arithmetic operations using only 24 transistors instead of 160. 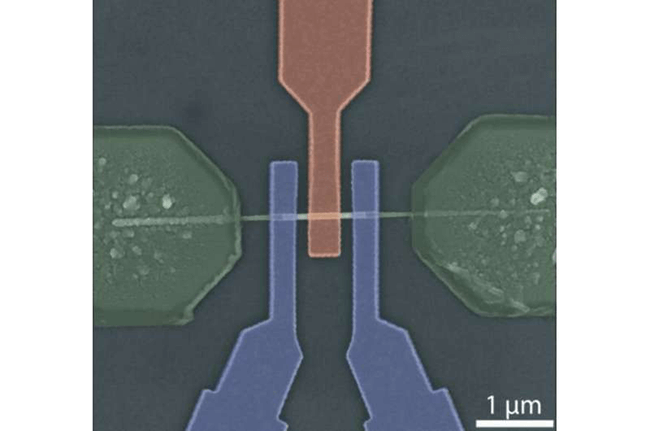 How could this technology change the future of computing?

While many sites are reporting that the new technology could increase computing speed, this is not necessarily likely to happen as using fewer transistors to perform the same operation will most likely require feedback circuits with programming steps. However, it is more than likely that such transistors would help reduce the total transistor count of future CPUs, which would be highly beneficial to mobile devices. Reducing the number of transistors helps reduce the overall energy consumption. Using more steps to perform a calculation can also help reduce energy consumption (this is why RISC generally has an energy advantage over CISC).

But the use of programmable transistors could also be highly beneficial in generic programmable hardware. It is no secret that dedicated hardware circuitry is faster and more efficient than software equivalents (hardware security is quickly becoming popular as a result of the improved speed). But dedicated circuitry uses up precious silicon space that could otherwise be used to increase core counts or on-chip cache. Programmable transistors could allow for computing devices to create dedicated accelerators when needed and then reprogram such circuitry when no longer needed.

What the researchers have created is exciting for the programmable hardware field and could lead to adaptive CPU designs that change their operation in real-time. But, the real challenge is if this new technology can be reduced in size, replace standard silicon transistors, and be commercialised.