How “Chiplets” May Help the Future of Semiconductor Technology

Recently, Intel has secured a contract with the US military to produce chips utilising chiplet technology. What are chiplets, why are they becoming popular, and why has Intel been chosen to supply the US military?

In the semiconductor industry, chiplets are single silicon dies that are designed to be combined with other dies. These dies can be put together in different arrangements including vertical stacking, and then these are mounted onto a single substrate layer, which is then packaged. Interconnections between individual chiplets can be achieved in several ways, including bond wires and direct bonding using metallic via.

A semiconductor device using chiplets generally splits up its design into major sub-circuits including analogue front end, processor, memory, and GPU. While chiplets are increasing in popularity, they are still a niche market when compared to standard monolithic designs which use a single piece of semiconductor.

Why are chiplets becoming popular?

The increase in popularity of chiplets stems from the issues faced by semiconductor manufactures as a result of increasingly smaller transistors. Semiconductors of the past used transistor sizes that were in the micrometre scale, and at this scale, dust would generally not cause an issue in operation; this is why semiconductor foundries of the past did not require stringent clean rooms. Those same semiconductors were also more resilient to point defects, and thus dies from the past were easier to mass-produce.

However, the current scale of transistors, now at the sub 10nm scale, means that semiconductor foundries need to be incredibly clean with as little dust in the air as possible (as little as ten dust particles per cubic meter of air). This is because a dust particle landing on a 10nm transistor will not only damage that transistor, but it will affect the many thousands of transistors nearby as a result of the size of the dust particle (remember, dust particles are several orders of magnitude greater than 10nm transistors). The secondary issue that small transistors face is that individual point defects in a semiconductor can result in faulty transistors. Thus, a chip that has incredibly small transistors, of which require little to no point defects in the crystal structure, resulting in a high probability that the chip will fail.

Increasing the yield of dies with small transistor sizes can be achieved by reducing the overall size of the die; however, this results in fewer transistors fitting onto a single die. If the physical size of each die is increased, it will allow for more transistors, and therefore more powerful circuity, but the result is an increase in the cost of each die as more are discarded through failure.

One solution is to use chiplets, and this is a solution that has started to become more popular. Chiplets, which are smaller functional dies, can utilise modern sub 10nm transistor features which allow for powerful complex functions. Still, the end device integrates multiple chiplets into a single package with the net result being a powerful device with a high transistor count that reduces the number of failed dies. This, in turn, reduces the final cost of the die and maximises yield.

Why has the US military chosen Intel as its chip supplier?

Recently, Intel has won a second-phase contract with the US military to help provide next-generation military tech through advanced semiconductors. The project will utilise Intel’s factories in Oregon and Arizona and will take advantage of Intel’s chiplet technology. The use of chiplet technology not only allows for a more economical solution when using sub 10nm node technology, but it also allows for dies designed by other manufacturers to be integrated into a single custom package, thereby allowing for highly specific applications to make the most of semiconductor devices. 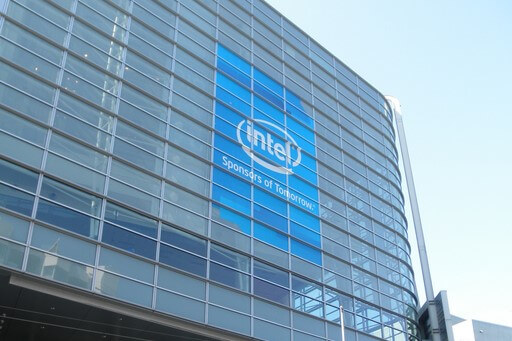 While Intel has not released the dollar figure for the program, the reasoning for Intel being chosen by the US military is well established. Currently, almost 75% of the worlds semiconductor devices are manufactured in Asia. With recent tensions between China and the US, there is an interest to move manufacture back to the US. This is also incredibly important in the military who want to ensure that their products are produced locally with a trusted supply chain. While many American companies can make semiconductors, Intel is only one of three that are capable of fabricating high-end chiplet based designs, with the other two being TSMC and Samsung; both of which are located in Asia.

Overall, Intel is an American company whose manufacturing facilities are located locally, and their ability to produce high-end processors with industry-leading packaging technology allows them to produce some of the worlds most advanced semiconductors.

US introduces more bans on Chinese companies, including SMIC, DJI, and SenseTime

How IoT has flourished during COVID-19?