Intel has been the heart of semiconductor devices for the past 50 years. Now that technology is beginning to reach its limit, Intel is falling behind in the semiconductor game. What factors have contributed to Intel’s recent struggle, and what competition does it face?

Intel is the world’s largest semiconductor manufacturer (by revenue) and has been responsible for many advances in technology including the invention of the x86 architecture. Founded in 1968, the company has a primary focus on the development of CPUs, but also produce other semiconductors including RAM, FLASH, and GPUs. As of 2019, Intel has a yearly revenue of $71.9 billion, employs over 110,800 people, and owns multiple subsidiaries including Mobileye, McAfee, and Here. While the first products produced by Intel were memory chips, its was the development of the 4004 that revolutionised the industry. 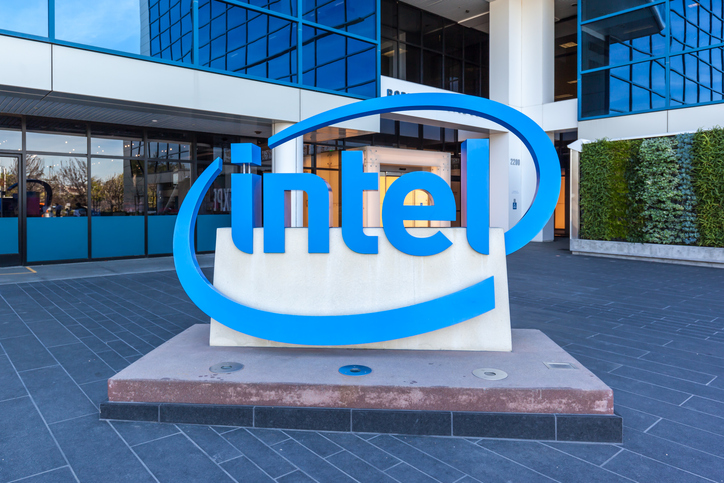 Intel, like many other semiconductor manufacturers, tries to adhere to Moore’s Law which describes how the number of transistors on devices doubles every 18 months. Since the introduction of the 4004, which had approximately 2,750 transistors, this law has been met with their latest processors now having more than 1.75 billion. This increase in device count is only possible thanks to efforts by semiconductor manufacturers to reduce the size of transistors, which has the advantage of allowing for more devices to fit on the same silicon wafer and reduce the power consumption of each transistor. However, technology is quickly approaching its limits, and transistor features are now less than 10nm. Reducing the size of transistors also helps a company to remain competitive, and this is one factor that Intel is struggling with.

Unlike other businesses (such as AMD and ARM), Intel both design their CPUs and manufacture them. As a result, Intel has historically tied their manufacturing processes to its architecture. This means that any changes to their CPU structure coincide with the advancements in their semiconductor technology, and any delay in either prevents Intel from announcing new devices with better capabilities. Unfortunately for Intel, this has happened several times in the past, and are still working on 14nm technology despite having tried to develop both 10nm and 7nm devices. Recently, Intel has admitted that 7nm devices will not be ready until early 2023, while one of its main rivals, TSMC, is already producing orders for Apple and Qualcomm for 7nm devices. The result is that Intel is now falling behind in semiconductor technology, and the industry is starting to notice the lack of advancements in CPU architecture by Intel.

Moving away from Intel

Intel’s inability to commercialise 10nm and 7nm devices is not the only issue that they have had to deal with; some companies are moving away from Intel entirely. One example of such a move is Apple, who have decided to drop the use of Intel’s x86 architecture in favour of a custom in-house ARM processor. According to Apple, the decision to move towards custom ARM processor opens up to better performance, innovative technologies, AI neural engines, and better hardware security. The use of custom devices also allows for Apple to integrate mobile technologies such as instant-on features, which can help reduce power consumption while improving user experience. Microsoft, one of Intel’s most prominent users, has even been looking into ARM CPUs with the use of ARM-based chips in their Surface product range.

According to several sources, Intel has devised a short-term solution that will help them to catch up with the continually changing semiconductor landscape, but they may have to bite their tongue for a few years. In a desperate move, Intel is considering making a deal with one of their largest competitors, TMSC to produce the next generation of Intel devices (mainly GPUs). TMSC has reported that the deal with Intel will only short term, and the order placed with TMSC will not affect their manufacturing capabilities. They have also stated that they will not be prioritising the order, as they expect the order to have an element of risk. While Intel has said that their roadmap to 7nm devices remains unchanged (with a 6-month delay), this cannot be guaranteed, and any further delays will see Intel fall further behind in the semiconductor market.

The creation of semiconductors with features smaller than 10nm provides developers with a whole range of issues never encountered before. Light from photolithography stages can cause significant diffraction patterns than can cause significant problems, while the use of extreme ultraviolet light can cause damage to the wafers (being very close to x-ray wavelengths). Intel has many challenges to face, and its dependence on foundry capabilities for releasing its next generation of architecture may require Intel to change its tactic soon.

How the CEO of ARM China is Preventing the NVIDIA takeover