Last week, Vodafone announced the release of their latest tracking product, Curve, which will help you find your favourite things when they go missing. What technology does this device utilise, and how will asset tracking help technology in the future?

What is the Vodafone Curve?

Last week, Vodafone announced the release of the Curve, a device that can help you find lost objects. The device, which contains all needed components in a single round package, can be attached to car keys, laptops, or other essential items, and allow you to track them via GPS should they be misplaced.

The smartphone app allows the user to instantly find their device on a map, while family and friends can send location updates to an individual’s phone.

What technology does Curve use?

Curve uses multiple different technologies depending on the situation that the device is in. Generally, GPS is the main form of asset tracking, but when GPS is unavailable, Wi-Fi and Cellular location can be used. The use of cellular data means that Curve requires a subscription from the Vodafone service, but can be used worldwide. Not only does Curve allow for GPS tracking, but it also allows for zone tracking whereby alerts are sent to the user if Curve leaves or enters defined zones.

What are Curves technical specs?

Curve measures 16.4mm high, and 42.1mm wide making it ideal for use in keychains, cars, and laptops. The internal battery of the Curve lasts up to 7 days when fully charged, providing a user with ample time to locate missing items. The weight of the Curve is 30g, and the IP rating of IP67 enabled Curve to be submerged into water up to 1 meter deep for 30 minutes. Radio bands supported by Curve include GSM 850/ GSM900/ DCS1800/ PCS1900.

According to Vodafone, Curve integrates a smart SIM meaning that the user is not required to obtain a SIM card. While the exact details of the SIM card are not given, it can be assumed that Curve utilises an emerging technology called Embedded SIM, or ESIM for short. An ESIM card is the same as a regular SIM card, but instead of being a physical plastic card with contacts, it is a single microchip that is directly soldered to the PCB. This allows for mobile devices to be made significantly smaller, cheaper, and easier to produce. The use of an ESIM also improves reliability by removing the use of mechanical contacts, which can become damaged over time. However, ESIMs do have disadvantages, including the inability to change the SIM card. A true implementation of an ESIM would allow a user to reprogram the SIM to work with their preferred network provided, but some companies may see ESIMs as an opportunity to lock a device to a specific network.

This example of IoT asset tracking demonstrates the importance of IoT and how 5G will become the dominate form of wireless communication in the future. Unlike its predecessors, 5G will open the world to a whole new paradigm of wireless technology. This won’t be because of 5Gs impressive speed boosts, but because of its ability to handle thousands of devices with little interface between any two devices, something only achievable thanks to phased arrays. Asset trackers, which will need to be always connected to the internet, cannot rely on Wi-Fi as different Wi-Fi connections may use different passwords, or be non-existent. Mobile networks, however, are far more widespread and provide IoT asset trackers with the ability to retain their internet connection. 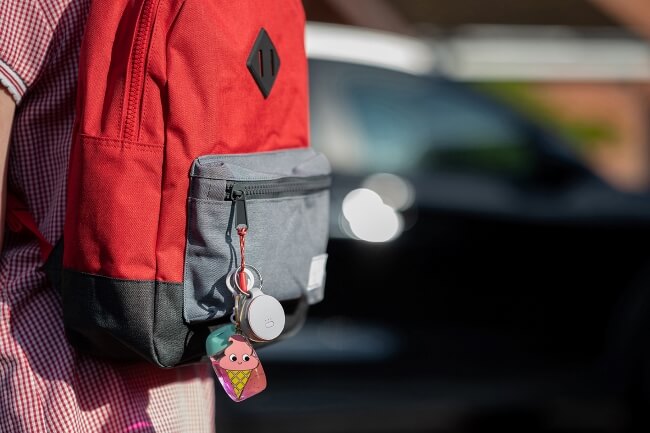 The number of applications that asset trackers can be used is endless, with the food industry being a good example. Food shipped from other countries will be exposed to different environments, and these environments will affect the quality of the food. Asset trackers can be loaded with sensors to monitor the conditions experienced by the food, and thus the value of the goods can better be determined.

The Vodafone Curve is an example of how IoT asset tracking can help everyday consumers, as well as the importance of technological improvements. While still in its infancy, it won’t be long before devices are integrated with trackers by default, and help drive a new information age.

Would you like digital clothing constantly monitoring your vital signs?