A few years ago the very idea of having a mobile phone switched on while in flight was horrifying. We were told that the signal from mobile devices could interfere with the plane’s navigation system. Which seems like a staggering oversight on behalf of people responsible for building both planes and mobile phones. But there we are. Regardless, for the most part, passengers were quite happy with the selection of movies, viewed on an absurdly small screen, a few puzzle games and the duty-free catalogue to flick through when all other options had been exhausted. Such was the life of the average passenger on a commercial flight. But, things are changing. Inflight WIFI is becoming increasingly common on planes, something most passengers have welcomed. Although there is a case for being unburdened by the every day and we should enjoy the miracle of human flight, try telling that to a parent with bored children. Although the gift of being able to stream Teen Titans Go to keep the little blossoms happy won’t come for free. In fact, WIFI enabled planes are about to transform how we travel completely.

How Does WIFI on Planes Work?

At present, there are two technologies that allow passengers onboard planes the luxury of inflight connectivity. The first is a ground-based system. The planes transceiver connects with antennas as they fly overhead. It works much like a hotspot, with the plane tethering to one antenna and then the other. 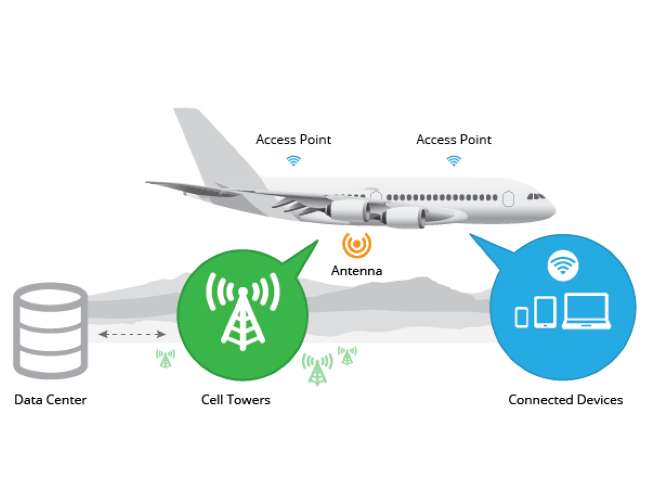 Assuming the range of the antennas overlaps, a plane can hop from one to another without any loss of service. As long as the plane is in range, passengers can connect to the internet, send emails, stream content or whatever else they want to do. The major drawback with the ground-based system is the distinct lack of ground when travelling over large bodies of water. So anyone on a transatlantic flight will get to enjoy the first and last half an hour of their flight, then they’re back to the movie selection. Or watching the plane very slowly moving across the map. The second system is satellite-based. Instead of connecting with ground-based antenna directly, the plane links with the satellites which - in turn - communicate with their ground-based counterparts. 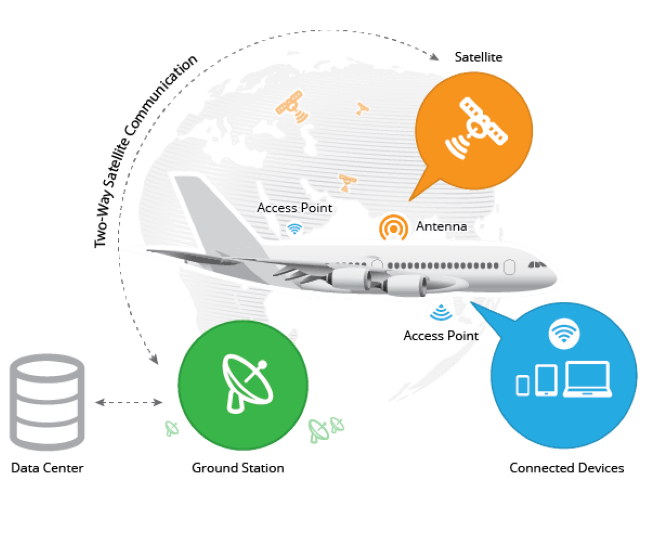 Because satellites have prodigious range this makes the overall level of customer service offered markedly better. Passengers can connect to the internet anywhere in the world at any stage of their flight. Where it gets really exciting is that they can do so at broadband speeds. So children can be placated with hours of Pokemon. People on business trips can work or FaceTime their families. Gamers can get a few hours of Minecraft or Clash of Clans. Feeling that sense of connectivity is invaluable to the majority thanks to the ‘always online’ culture we now live in. It also gives passengers something that was always sorely lacking on flights up to now. Choice. Sure it’s great that flights often carry movies that are still in the cinema, but if all you want to do is binge watch Peaky Blinders, or say goodnight to your children, that’s of very little use. WIFI on planes gives people unprecedented freedom. And they’ll pay for the convenience. But WIFI enabled aircraft is only the beginning.

WIFI Before You Buy

Inflight WIFI improves the passenger experience at a point when the airline industry is ranked as one of the absolute worst for customer satisfaction. It’s a reminder that travelling on a plane is supposed to be something special, not something as mundane as being crammed on a bus. WIFI on planes is the opportunity to improve the passenger experience, increase the efficiency of the cabin crew and actually make the airlines a significant amount of ancillary revenue. By providing passengers with a dedicated app that is not only useful but transactional, they can order drinks while waiting to board. Or choose their meals. Or pre-order the movies they’d like to watch. Imagine an experience where, instead of the noisy, aisle clogging trolley being shoved up and down the plane, passengers could order a snack, pay for it through the app, and a member of the cabin crew just bring it to them. 3.8 billion people fly each year, 25% of which have WIFI, generating $900 million in ancillary revenue. Compared to over revenue streams like duty-free and seat upgrades - worth $60 billion - it’s pocket change. However, organisations like GoGo and Inmarsat are looking to change all that. That’s exactly what companies like Inmarsat, GoGo and others are poised to do. Although making it easier and more convenient to purchase food, drink and even duty-free through a transactional app, the expected revenue from those areas will be an improvement but game-changing. Where the real opportunity lies is in airlines offering pay per view content. Passengers will be able to stream content to their own devices, rather than use the seatback screens. Or even hire a device. 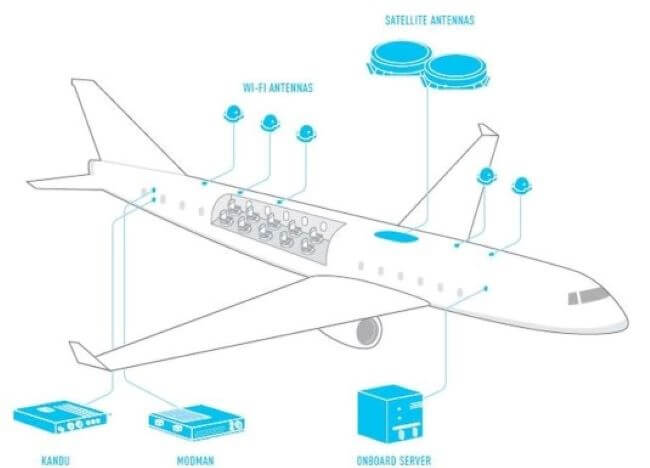 Organisations are already offering servers pre-loaded with content that can be installed in the hold of a plane. This will markedly improve streaming performance. Those servers can then be updated remotely with the latest content so passengers always have the latest films, series’ and games to play. Which will, in turn, increase the likelihood of repeat business from frequent flyers. Experts are estimating that revenue from inflight WIFI and streaming services will reach $30 billion by 2035. Although this number is based on the current rate of WIFI adoption across the industry. No doubt once it becomes clear how much money can be made, the rate of adoption will increase significantly. With organisations like Safran and Thales standing to benefit as the sale of the WIFI technology that allows planes to connect to the internet.

Planes produce a huge amount of data every time they fly. Roughly 500GB at present but that number will increase as more sophisticated planes enter circulation, by a factor of 30, according to the experts. Currently, that data is stored onboard the plane within a hard drive. Which is nothing particularly remarkable other than it’s totally useless until the plane lands. Or crashes. By having aircraft connected to a network, that inflight data can be shared with the ground in real-time. That means potential problems can be investigated and acted upon before lives are put at risk. But the flow of data works both ways.

Digitised air traffic control data allows pilots to respond faster making flights safer. Moreover, by uploading up to date weather information, pilots - with the help of air traffic control can plan accordingly. This improves the passenger experience and reduces fuel consumption. Experts estimate that avoiding bad weather could save at least $4 billion in fuel costs, not to mention reducing emissions. However, there are concerns about security. A WIFI enabled plane could represent a major risk to both the plane and the network it’s connected to. Especially if that network happens to be air traffic control.

Plane hijackings are the nightmare scenario that passengers and airlines fear almost above any other nightmare scenario. Without adequate security measures, hijackers could take control of planes without ever needing to board. Needless to say, whatever countermeasures are levelled at the problem need to be so robust that anyone seeking to profit from or do inflict harm by hijacking a plane, simply don’t bother.

Despite the concerns, WIFI on planes presents a huge opportunity for manufacturers, technology firms and airlines alike. Although the cost of this investment will no doubt be passed on to the passengers, it’s most likely a price they’ll be willing to pay. Whether we like it or not, technology - and its connectivity - is irrevocably entwined with everyday life. Our binge mentality for consuming content isn’t habit any more, because a habit implies it’s something we can break. It’s our way of life. Airlines providing passengers with the creature comforts of home, for a nominal fee, will go a most likely transform the industry, at a time when it really needs it.

What's all this solar power political penny-pinching all about – anyhow?