Space junk is a problem that is only getting worse with time, but destroying old satellites with functioning hardware is a waste. How can old satellites be repurposed, what could they do, and would it be worth it? Discover everything you wanted to know about high earth robotics, low earth orbit, and more!

What is Kepler Syndrome?

Since the first satellite was launched, space has become an incredibly important piece of real-estate that makes modern life possible. Satellites in geostationary orbits provide users on the ground with positioning capabilities such as GPS, while satellites in closer orbits provide aerial monitoring of weather patterns and changing geology. One company, SpaceX, is planning to put thousands of satellites in low-earth orbit to provide users on the ground with low-latency, high-speed internet access no matter their location.

But, just like a highway, space is quickly becoming congested with the number of satellites currently in orbit at 2,666. On the surface, a highway can easily take hundreds of thousands of cars, and space is an incredibly large place (hence the same space), so how can 2,666 satellites cause congestion? The issue is that while the distance between any two satellites is quite large, as much as 400km in geostationary orbits, orbital speeds (relative to the ground), are incredibly high with the ISS travelling approximately 7km/s. This is further worsened by the fact that satellites often have different orbitals meaning that their relative speeds can be in the 20 ~ 30km/s range. Thus, when two satellites do collide, it is catastrophic sending debris in all directions at incredibly high speeds.

The Kepler Syndrome is the domino effect of satellite collisions whereby one collision creates debris that can hit other satellites and create more debris from those collisions. The result is that a debris field forms around the earth that destroys most, if not all, satellites in orbit. Such an effect would take decades to recover from as atmospheric drag slowly causes debris to fall towards the earth. This is why old satellites must be correctly disposed of by either pushing the satellite into a graveyard orbit or by burning it up in the atmosphere.

What are High Earth Orbit Robotics?

Decommissioning old satellites is an essential part of satellite maintenance and help to prevent damage caused by old hardware no longer in use. However, decommissioning is not only a difficult task to accomplish, but it is also expensive as hardware that can still operate is being wasted. Many satellites contain monitoring equipment such as RADAR, cameras, and detectors meaning that if reprogrammed or repurposed could even be used for good. This is where High Earth Orbit Robotics come in with their plan to do just this. As its name suggests, high earth orbit is a geocentric orbit at an altitude above the 22,236 miles (35,768 KM) geosynchronous orbit. On the other hand, Low Earth Orbot (LEO) is a geocentric orbit at an altitude of fewer than 100-1240 miles or 2,000 KM. 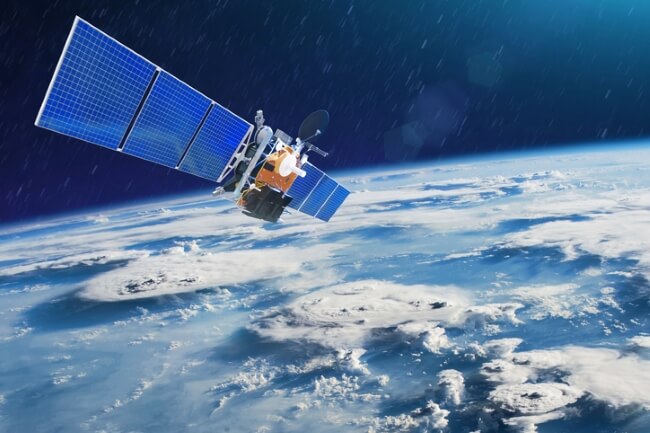 The company aims to take old disused satellites, and breathe new life into them for use in visual confirmation and maintenance of other operating satellites in orbit. Some satellites in orbit are not able to get into a graveyard orbit and can stay in orbit for very long periods before falling back to earth. The company, who is partnered with satellite operators, have the old satellites use their equipment to monitor and image other nearby satellites. These images can be used to inform satellite operators of damage that only visual inspection can determine, correct orientation of the satellite, and accurate deployment of their payload. The other advantage to using earth monitoring satellites for diagnostics is that these same satellites will often have down-time when above large bodies of water (which no one particularly wants to look at), and thus can generate income by providing satellite imaging services.

The use of old and unused satellites also helps in the effort for tracking space debris. With the number of satellites in orbit expected to reach 100,000 by the end of the next decade, the importance of debris tracking will be vital for the success of future missions.

Engineers from all fields understand the pain of decommissioning old hardware when it is still operational. On earth, throwing away a device that still works but is outdated is an easy task, but if a computer from the 80s that is in orbit still works then, it is arguably better to try and extend its life than just destroy it outright. It is said that a picture is a thousand words, and old satellites with imaging capabilities will provide engineers with a wealth of maintenance knowledge when satellites stop responding to ground control.