Recently, researchers published a paper on the development of optical hydrogen sensors that eliminate risk of ignition. What challenges do mainstream hydrogen sensors face, how does the new sensor work, and how can it help the hydrogen industry?

Hydrogen is the most abundant element in the universe, and for something that is incredibly trivial (with just one proton and one electron), it has countless industrial and commercial applications one area in particular that could majorly benefit is the automotive industry as hydrogen-powered vehicles do not emit pollutants and can be filled in seconds (whereas electric vehicles can take hours).

However, while hydrogen-powered cars may be great for the environment, hydrogen is somewhat volatile. If not properly handled, can lead to disaster (great evidence of this is the Hindenburg disaster). Solving this challenge requires sensors that can immediately detect small leaks before they become an issue. Many volatile gas sensors on the market use heaters that react to the detection gas with a resistive element. Still, such a sensor cannot be used in a hydrogen atmosphere if the electrical current causes a spark.

Therefore, any sensor that will enable the widespread use of hydrogen gas will need to be able to measure hydrogen gas without using electricity (or specifically, allowing electrical components to make contact with the gas), provide accurate results at low concentrations, and respond quickly to sudden changes in concentration.

Recently, researchers released a paper to Nature Communications on a new hydrogen sensor that not only provides a fast response but is also low cost to manufacture and is entirely optical meaning that there is no ignition risk. Developing the sensors takes advantage of the metal Palladium (Pd), which selectively reacts with hydrogen to form Palladium Hydride.

Constructing the sensor is done by coating nano-spheres of polystyrene with a layer of Palladium that is alloyed with another metal such as Gold, Silver, or Cobalt (this alters the sensing performance). As the sensor reacts to hydrogen, its optical transmission changes, and the intensity of reflected light changes as a result.

The resulting sensor can respond to changes in hydrogen concentration within 3 seconds at 1mbar of H2 at great accuracy (within 5%). Using various different alloys, the sensor could be changed to have a response time of 0.85s while being accurate to within 2.5%. 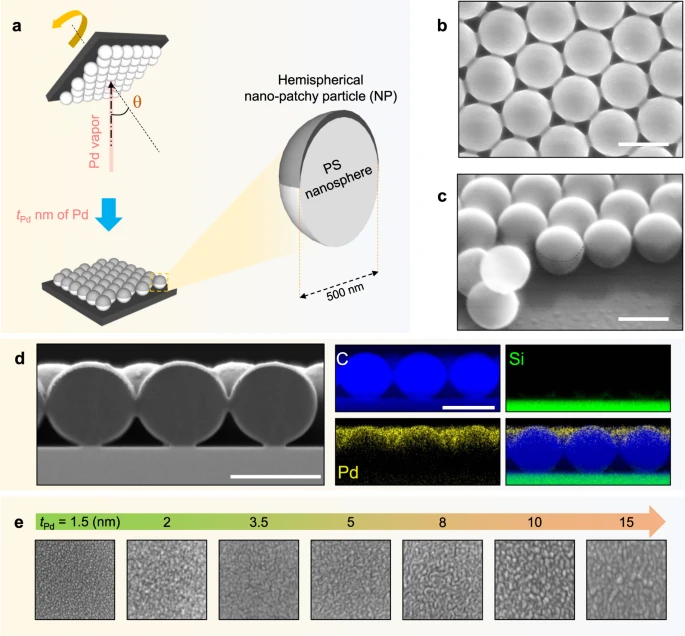 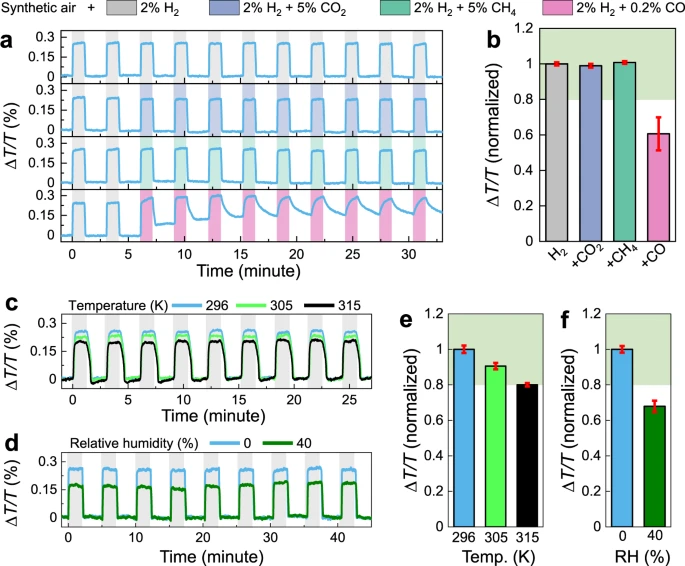 How can such sensors help the industry?

The use of cheap sensors to fabricate, respond quickly, and eliminate the risk of ignition greatly benefits the hydrogen industry. Applications involving the transportation and usage of hydrogen require to be carefully monitored, and the sensors needed to achieve this can be expensive.

Introducing low-cost ignition-free sensors will enable the mass deployment of sensors which will allow for any site to be carefully monitored in real-time. Furthermore, the ability to mass deploy such sensors allows for the use of hydrogen to be expanded. For example, hydrogen sensors could readily be fitted at fuelling stations, residential garages where vehicles are stored in enclosed spaces, and inside hydrogen-fuelled cars.

Another industry that could greatly benefit from mass use of hydrogen is energy storage. Renewable sources of energy such as wind and solar are intermittent, and generally produce power when it is least needed. As such, a pumped hydrogen energy storage facility could convert water into oxygen and hydrogen, pump the two gasses underground (separately), and recombine the gasses to generate electricity during high demand. In addition, the use of such sensors enables a hydrogen facility to operate safely and able to respond to any leaks that form.