The uniformed always talk about using hydrogen as a source of energy - after all, hydrogen is the most abundant element in the universe, isn’t it?

True enough, and even here on our planet, hydrogen makes up almost one percent of the Earth’s crust by weight. But there’s only one problem, and the problem is that almost all of it is combined with other elements to form other substances, like water. And the focus of our story today is water, good old H2O.

1- Hydrogen and Energy – the Real Story

Great! But the problem, as stated earlier, is that hydrogen gas is rare. The reason for that is implied by the above equation. Hydrogen gas has so much energy to give that it has an overwhelming propensity to do so and combine with other elements. Thus there is none of it available as an energy source for our energy starved world.

Unless we synthesize it. Let’s reverse the equation.

In other words, we take water, apply energy, and get hydrogen gas. And that’s just what LA plans to do. When the energy source is electricity, the process is called electrolysis.

What LA plans to do is to apply energy to water and get hydrogen gas. But, where will the energy come from? From solar and wind energy!

The big problem with solar energy is that it needs sunlight, which isn’t available at night. The plan is to use excess solar energy garnered from the California sun and apply Equation 2 to produce energy-rich hydrogen gas.

Then, at night, apply Equation 1, to produce energy.

LA now buys 1.9 Gigawatts of coal-fired electrical power from the Intermountain Power Agency in Utah. The crux of the plan is to buy two electrical generators capable of producing electricity from either natural gas or hydrogen to replace the coal plants.

As described in their press release, the Intermountain Power Agency (IPA) has given Mitsubishi Hitachi Power Systems (MHPS) the go ahead for two M501JAC gas turbines for Intermountain’s Power Plant (IPP) in Delta, Utah. This award is reportedly the first gas turbines specifically designed and purchased as part of a Los Angeles plan to sequentially transition from natural gas to renewable hydrogen fuel.

Even if hydrogen gas produced through solar energy was not involved at all, the benefits to the environment would nonetheless be significant. That’s because natural gas is nowhere near as dirty as is coal.

The plan involves producing electricity in California through solar and wind power. What isn’t used immediately upon generation would be transferred to the Utah location via a 2.4-gigawatt high voltage direct-current (HVDC) transmission line. This in itself is significant, as there are many benefits to employing DC power transmission.

Intermountain’s Power Plant (IPP) in Delta, Utah will also be the home of a $1 billion dollar facility dedicated to producing hydrogen gas from the California renewable electricity, as described in Equation 2. In essence, the hydrogen gas will store the energy in an “energy bank account”

Then, when there is a need for more electricity, the plant operators can use Equation 1 to make an “energy withdrawal.”

The beauty of the plan is that the Mitsubishi turbines are exceptionally flexible. They can work round the clock, or start and stop quickly and efficiently. Most importantly, they can produce electricity through either hydrogen of natural gas.

The same versatile HVDC line will be used to transfer the hydrogen-generated energy back to California when it is needed.

4- A Legacy of Launching Rockets

This isn’t all that surprising when one considers that elemental hydrogen is rocket fuel. Here, MHPS has decades of experience.

Nor will the Utah plant be the company’s first excursion into renewable hydrogen. In fact, the company has been involved in almost 30 gas turbine units, with hydrogen percentages as high as 90%.

The company is now involved in converting one of three units at Vattenfall’s 1.3 gigawatt Magnum power plant in Groningen, the Netherlands to run on hydrogen. MHPS will accomplish this by modifying an existing 440-megawatt M701F plant. 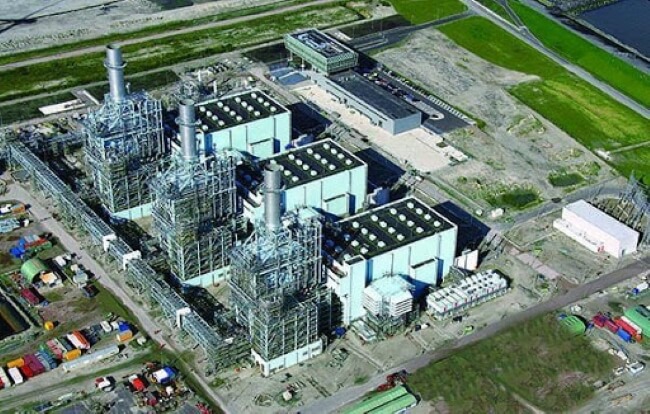 Completing the task and transition the effort to 100% hydrogen and no natural gas at all will likely be achieved in “10 years or less”, according to Browning. Then, C02 pollution is completely eliminated.

Radiation – What are radiation-hardened parts, and how can we fight effects of radiation?