What challenges do Quantum computers face?

Technology is quickly approaching the physical limits of semiconductors, and unless new technologies are deployed or discovered, computing power will begin to approach an asymptote. While transistors may struggle to become smaller, other methods can be deployed to speed up computation including the development of specialised hardware that can optimise individual tasks. For example, a hardware multiplier can perform a multiplication of two numbers in a single clock-cycle whereas a software-defined multiplication function may require n cycles (with n being the multiplier).

Quantum computers can be thought of as optimised pieces of hardware that could help to significantly accelerate specific tasks. While such computers would not be able to run typical programs, such as Word and Excel, any faster than a desktop PC, they would be extremely effective at tasks involving large numbers, sorting algorithms, and database searches. Thus, a computer with a quantum co-processor could have fast file searching capabilities, be able to provide strong encryption and arrange datasets very quickly.

However, quantum computers rely on the use of quantum effects such as superposition to perform these calculations. Currently, researchers are only able to get these effects to happen on nanoscale sizes using cryogenics to preserve such states. As a result, modern quantum computers have a tiny processor core, but a large amount of infrastructure to enable the reading, writing, and maintenance of the quantum system.

What is Intel’s Horse Ridge?

Understanding the challenges faced with quantum systems, Intel teamed up with QuTech in February 2020 to create their Horse Bridge quantum computer controller. Unlike other quantum computer setups, Horse Ridge is a complex quantum controller that integrates many needed components onto a single device.

While researchers are able to work with a few qubits for experimentation, quantum practicality requires many thousands of qubits working together. The design by Intel uses 22nm FinFET Low Power CMOS technology and utilises radio frequency channels to control up to 32 qubits per channel. As a result, the Horse Ridge controller can significantly reduce the number of cables and rack instruments needed in quantum computers with its ability to control up to 128 qubits.

Horse Ridge is also able to control a wide variety of different qubit technologies including transmons and spin qubits. This is important as it allows flexibility in quantum computer design, and also allows for a wide range of frequencies to be used including 6GHz to 7GHz for transmons, and 13GHz to 20GHz for spin qubits. 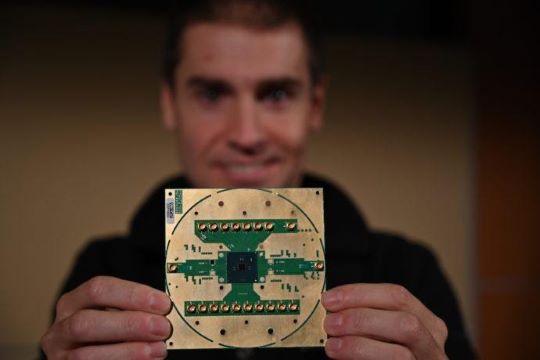 What features have been introduced in Horse Ridge II?

Qubit Readout allows the controller to read qubit states, and the introduction of this feature in the Horse Ridge II controller is significant as reading can now be done with low-latencies. At the same time, directly reading states on-chip means that less on-chip data storage is required, and thus the power requirements for reading are reduced.

Multigate Pulsing allows for the Horse Ridge II controller to simultaneously control the potential is multiple qubit gates. This feature is essential for the effective reading of qubits, the ability to entangle qubits, and therefore the ability to scale the system. The new controller also integrates a programmable microcontroller which not only provides greater flexibility but also provides the complex controls needed to operate the new features.

Just like its predecessor, Horse Ridge II utilises 22nm FinFET technology and operates at a temperature of 4 kelvin. While this may seem extremely cold, it is warmer than many quantum computer systems of the past. One achievement that Intel is currently looking to achieve is the ability to operate the control system and the quantum core at the same temperature. If this can be done effectively, then the core and controls can be integrated into the same area, thus reducing latency, increasing efficiency, and improving quantum computer designs.