Should we encourage disposable electronics?

A recent study on digital pregnancy tests shows how they are nothing more than overcomplicated paper readers that use the same technology as manual pregnancy tests used by GPs. What are disposable electronics, where are they commonly found, and should they be dissuaded from being used?

What are disposable electronics?

As the name suggests, disposable electronics are those that are designed to be discarded in the trash once used. While some may suggest that includes recyclable products, the case is that disposable means to throw away as opposed to recycling, otherwise it would be called “recyclable electronics” or “reusable electronics”. Disposable electronics have only begun to exist in widespread use due to the many advances in technology including low-cost semiconductors, ability to print parts (such as carbon printed resistors), and mass-scale production using fully automated processes. 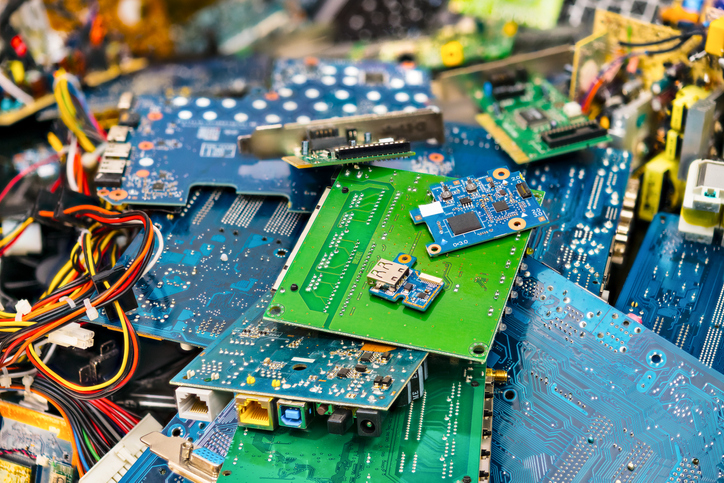 Where are disposable electronics found?

Disposable electronics can be found in a wide range of different applications ranging from medical to scientific. While not strictly an electronics product, a recent trend is single-use phone chargers that are essentially a small battery with a USB connector. These devices can be life-saving in situations where a phone needs to be charged, but there are no available power sources to do so from. These one-off power units can charge a phone by as much as 50%, and once used can be discarded.

A classic example of commonly used disposable electronics is the chips found in print cartridges. These small PCBs integrate a memory chip, and few external components to allow the connected printed to not only read estimated ink levels but also to verify the authenticity of the cartridge. Once used, the cartridge is thrown away, along with it the chip.

Another example of disposable electronics that will soon increase in popularity is smart asset trackers that can be stuck onto products. Just like a security NFC tag, these devices can integrate a microcontroller, antenna, and all other supporting hardware into a single sticker that can measure its surrounding environment, log data, and report back what it finds. These can be highly useful in asset tracking applications where cargo being transported is highly sensitive to its surrounding environment. This allows for shifting the responsibility of failure to the shipping company as opposed to the receiver, and thus ensure a higher quality transportation service.

Recently, a hardware researcher who goes by the name Foone decided to teardown a digital pregnancy test to see how it functioned. Once taken apart, and to the horror of the researcher, the digital pregnancy test used the same paper materials as those found in manual pregnancy tests, and a microcontroller circuit would shine a light on the resulting lines, read back with light sensors, and display either “Pregnant” or “Not Pregnant” on the small integrated LCD. What makes this example of disposable electronics somewhat wasteful is the use of electronics to read something that is already readable to the vast majority of users while charging as much as four times extra for the test. The use of the “digital” term can also mislead users into thinking that the test itself is more accurate than the manual tests. Also, inside the test was what appears to be a small tablet; however, this tablet is a toxic moisture absorber, and a dangerous theory online suggests that the tablet is an emergency pill (which it is not).

However, we must dispel some of the hysteria surrounding the digital pregnancy test. One common theme amongst readers and reports is that the microcontroller used is powerful, and has more processing power than the first IBM computers. While this is true, it needs to be put into perspective that by modern standards, the microcontroller is incredibly cheap and easy to produce. Thus, the “complexity” of a device in no way relates to how much waste it produces, nor does it suggest that it is more expensive to make. For an extra £1, such a microcontroller could feature Wi-Fi, Bluetooth, and even NFC on a die that would be almost too small to see to the human eye.

What are the environmental dangers of disposable electronics?

Disposing electronics may seem like a waste, but its effects should be put into perspective. To start, one common concern is the leakage of harmful chemicals into the environment from disused electronics. However, regulations such as RoHS and REACH significantly reduce the number of potentially harmful chemicals in electronics. This is further improved with the inability for electronics to breakdown; a circuit that takes 10,000 years to breakdown means that its rate of waste release is relatively low. This is the same principle that applies to radioactive waste; radioactive waste that has a very long half-life does very little damage as it is not highly radioactive (hence the long half-life).

The other factor to consider is that while it may appear to be wasteful in materials, the size of silicon dies and the number which can be made from a single wafer need to be considered. Using this calculator, a single 300mm wafer can produce over 6000 dies assuming each die is 3x3mm, and that is a large amount of silicon real-estate even at 250nm feature sizes.

Environmental effects on e-waste are more likely to come from older electronics or those that originate from countries that do not follow RoHS and REACH regulations. Heavy metals such as lead and mercury were widely used in electronics from the past, and lead solder is still allowed to be used commercially in the US. Thus, such electronics may cause long term environmental hazards, but since RoHS and REACH components are becoming more popular, future disposable electronics will have a significantly lesser impact on the environment.

Should we halt the use of disposable electronics?

The answer to this question depends on what it is that is being thrown away, the chemicals it is made, what they can leak into the environment, and the shortage of crucial natural resources. The vast majority of disposable electronics integrate a silicon chip, and silicon is widely available. Even other chemicals used in the production of common chips, such as tin, aluminium, copper, boron, and phosphorus, can be easily extracted with large reserves on Earth. However, the ecological damage done by mining will be another factor to consider whether disposable electronics should be halted. Many disposable products exist, including cardboard shipping crates, plastic bags, and printed labels, but most of these can easily be recycled or incinerated; electronics cannot be so easily recycled. Thus, we have to balance the cost of recycling with the damage done, and the damage done may not be as significant as it would appear.