City dwellers during the Covid-19 pandemic will no doubt have noticed and welcomed the improvement in their air quality. Rather than smelling and tasting like something being sucked from a car tailpipe, the air was fresher and certainly cleaner.

In London for example, atmospheric tests showed the average daily reduction in nitrogen dioxide (NO2) was 22% and given that NO2 is known to contribute to respiratory and cardiac problems this is an excellent thing. 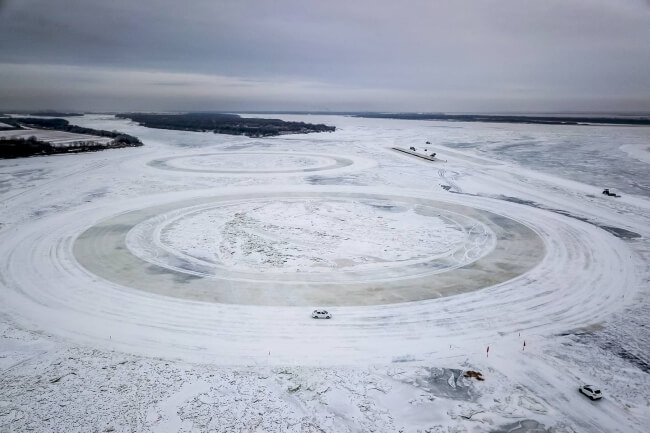 Sadly though the dumping of all combustion engine vehicles in favour of lithium-powered EVs is not that simple. Why, well because there is plenty of research to demonstrate the process of brine-mining lithium is environmentally damaging and add that to the toxic materials like cobalt used in lithium batteries and EVs are not precisely the environmental angels, they purport to be.

I don't want to go into much detail about all that, but here's just a couple of hard facts.

Firstly, there is the sizeable carbon footprint involved in manufacturing an EV which means over a ton more greenhouse gas is produced compared to a petrol-powered vehicle. Against that, though is the fact EVs have a lifetime carbon footprint that is half that of fossil-fuelled vehicles which is positive, and they do not in themselves pollute the atmosphere but producing the electricity to power them certainly does unless it is from renewable sources.

Secondly, there is the recycling anomaly when it comes to doing the right environmental thing with old lithium batteries. Quite simply, recycled lithium costs five times as much as lithium produced by the environmentally obnoxious but cheaper brine-mining process.

So are there better more environmentally responsible and economically attractive routes to go done… and could ethanol fuel be one of them?

There are plenty of examples where ethanol fuel is used, and perhaps one of the largest in Brazil. Over 70% of the cars in that country can run on a mix of ethanol and petrol.

Ethanol derived from sugarcane has emissions up to 90% lower than those of petrol or diesel and the rapid transition to the widespread use of ethanol in Brazil has interesting lessons across several fronts.

The extraordinary rapid driver acceptance of ethanol involved cooperation between sugarcane farmers, ethanol distillers, national and international automobile manufacturers and environmental groups. The result was a fuel that was 50% cheaper than petrol, but is it greener?

Advocates of ethanol will say that when it is derived from sugarcane, it is a sustainable fuel, with direct emissions up to 90% lower than those of petrol or diesel. However, just like producing the electricity to power battery-driven cars can have a negative environmental impact, so can the production ethanol and here's the problem.

Threat to the Rain Forest

When sugarcane derived, ethanol grew in popularity in Brazil, and the government introduced a very sensible environmental decree that sugarcane could not be farmed on land that was Amazon rainforest. Sadly that decree was reversed about six months ago, and now environmentally precious rainforest land is being used to provide fuel for cars. Hardly an environmentally responsible move. 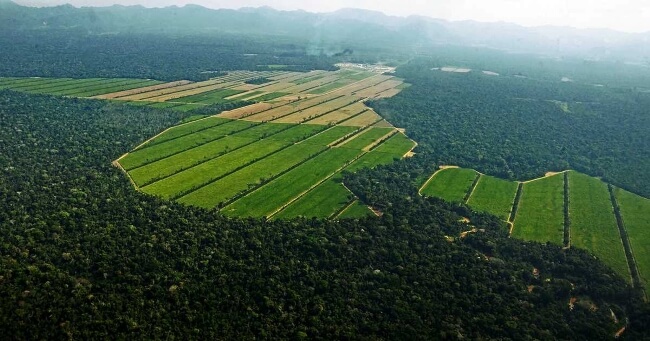 So before answering the headline question on whether ethanol will take the lead in the environmental car fuel Grand Prix with an emphatic no, let's take a quick look at some alternative ways of creating ethanol.

According to the University of Michigan corn crops used to make ethanol only absorb about 37% of the carbon that is later released into the atmosphere by the fuel itself, so no green breakthrough there.

Academics close to the subject tend to agree with that and think not enough carbon is being removed from the atmosphere by the crop to balance what's coming out of the car exhaust pipes and so when it comes to an emissions perspective biofuels are no better than petrol and diesel.

But before condemning ethanol's dubious environmental credentials its only fair to say that whereas corn and sugarcane derivatives do have a negative impact, there is the ethanol that is produced from cellulose which is known to be far more environmentally friendly. However, the problem with that alternative is that until significant economies of scale are achieved, it remains far too pricey.

So having shied away from ethanol how about cracking the challenges of recycling lithium batteries. What's the problem?

Essentially, the problem is money. The recycling of lithium batteries is just not cost attractive because there is not much lithium in the cells but what gets recycling bean-counters excited is the financial advantages of extracting the high value cobalt and nickel content of the batteries. The consequence of this is that pretty much none of the lithium used in batteries is completely recycled.

All that could be changing when, for example, you look at the research that won the 2019 Nobel Prize for Chemistry.

Work by the NTNU (Norwegian University of Science and Technology) on a project called Libre is progressing in finding a process that recovers materials from what it refers to as the black mass or, in other words, the black powder that is made up of the elements found in the large batteries used in EVs and in particular the battery's electrodes. Depending on how the battery is constructed, these materials can include nickel, cobalt, manganese, lithium and carbon.

But currently recycling lithium from EV batteries is not financially attractive as shown in a report from analysts Bloomberg but the research team is confident that will change in just a few years. How so? The researchers believe the number of EVs on our roads will climb during the next five years and they are right. Research has shown that by 2025 there will be approximately 14million EVs operating globally and of those 6.5million will be in Europe.

However, as positive and forward-thinking this Norwegian research is, lithium recycling is still considered by many as extremely challenging. Not least among these is Dr Gavin Harper, a Faraday Research Fellow at the University of Birmingham.

In his view, the recycling challenge is not straightforward partly because there is an enormous variety in the chemistries, shapes and designs of the lithium ion batteries used in EVs. Individual cells are formed into modules, which are then assembled into battery packs. To recycle these efficiently, they must be disassembled and the resulting waste streams separated.

But it's not just academia that is interested in recycling, so are the car makers but only if it means it provides a source of low cost material that can be re-processed into new batteries.

Researchers at Princetown University have examined how a direct cathode-recycling process would compare to other recycling processes in terms of greenhouse gas (GHG) emissions and energy consumption.

This method of battery recycling would be focused on keeping the cathode materials intact so that they can be used in future batteries. While all lithium-ion batteries use lithium to carry the charge, their cathodes—which store the lithium ions when the battery is discharged—can be made out of a variety of materials, such as nickel, manganese, or cobalt.

The researchers analysed the lithium-ion formulations commonly found in EV batteries. They identified that for cathodes containing metals like nickel, manganese and cobalt, direct cathode recycling could reduce the greenhouse gas emissions associated with manufacturing new cells from the materials and has the potential to be economically competitive with traditional cathode manufacturing.

So ultimately it would seem lithium recycling will become a more financially viable option. However, it will still have to prove to the corporate bean-counters that it's an attractive alternative to re-purposing old EV batteries into applications that are less demanding on battery performance than that of powering our cars.

Two factors come into play here. Firstly, the global stockpile of these batteries will reach 3.5 million by 2025 and secondly, many EV batteries which are redundant as far as vehicle propulsion is concerned still have between 65-70% of their operating capacity available.

It's not surprising then that in Japan, Nissan is re-purposing batteries to power street lighting and in France Renault has provided redundant car batteries to back-up elevators systems, and in the US, GM is using old Chevy Volt batteries to back-up its data centre. In addition to that, there numerous other applications for unwanted EV batteries like storing solar energy and powering homes by exploiting off-peak electricity charging facilities.

So when it comes to the environmental Grand Prix, no doubt making lithium recycling perform well is no small technical challenge and re-purposing EV batteries looks like maintaining pole position. As for ethanol car fuel that for me is on the back of the starting grid.

Five reasons to use wireless modules instead of a discrete design