5 Things to Know about Graphene Aerogel

Gels are composed of small amounts of solids suspended in liquids. When the liquid is replaced with air, the air is trapped within very tight pockets, captured within the networks formed by the remaining solid material.

Aerogels are, thus, composed of the solid portion of gels plus air, hence the name. They are solid, and because they are mostly air, they weigh very little more than air does.

Among their properties, aerogels are great heat insulators. This is because they are composed mainly of air, which is itself a poor conductor of heat, and more so because the air is trapped by the solid network and cannot circulate.

Carbon contains four valence electrons, which makes it possible for it to combine with other carbon atoms in different ways. These different physical manifestations are known as allotropes.

In the image below, the blue orbs represent carbon atoms bonded together to form one of carbons allotropics, the diamond. 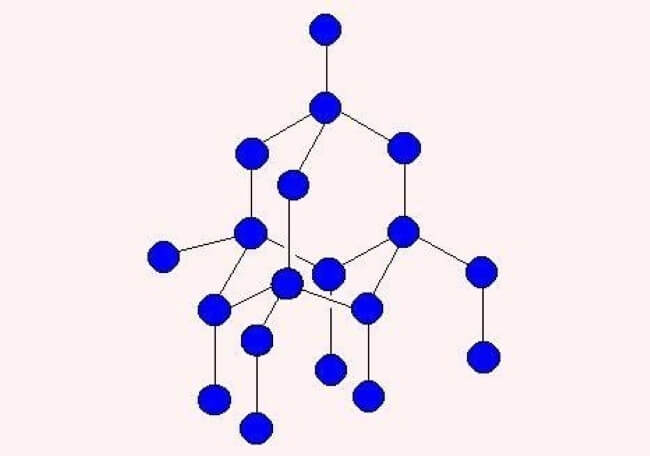 The structural strength of the diamond is well known. Graphene is another allotrope of carbon. Unlike diamonds, graphene is virtually two dimensional; it’s only as thick as one carbon atom. 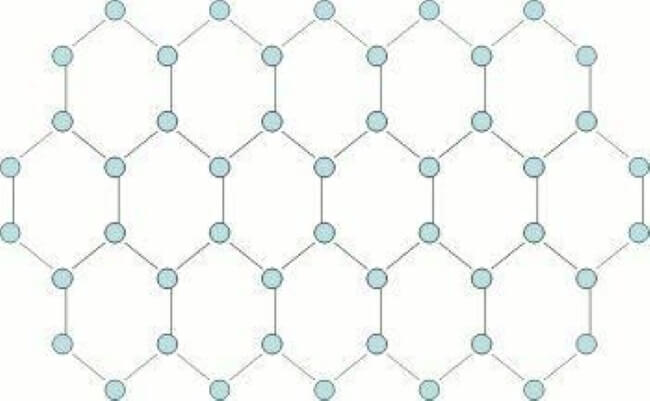 Graphene is the strongest material known today. On the other hand,  graphite is actually multiple sheets of graphene. Graphite is popularly known as the “lead” in the ubiquitous lead pencil. Since these sheets are only “bound” together by weak atomic forces, they tend to slide against each other, making the structure comparatively weak

3- What is Graphene Aerogel?

Now as mentioned, while individual sheets of graphene are amazingly strong, the combination of the sheets as a whole – not so much.

Cold weather clothing will be a use case for graphene aerogel because of its astonishing resistance to heat transfer. In this example from Pheneovate, the temperature outside the jacket is -321 °F, but a toasty 89 °F inside.

Batteries, especially to a new type of lithium-based batteries called the lithium sulphur (LI-S)  battery, are another example. This is largely due to graphene aerogel’s huge capacity to absorb liquid. As described in TheEngineer, that property will apply to the “catholyte” solution, which interacts with the battery’s lithium anode.

Still in their early development phase, lithium sulphur batteries have the potential to store between 1 and 1.5 kilowatt hours per kilogram of battery weight, far more than the 0.350 kilowatt hours limit of current lithium ion batteries.

Cleansing and Desalinating Water. As reported in Graphene Info, scientists at China’s Hubei University have developed a method to use graphene aerogel to purify water or to desalinate it. Here’s how it works. 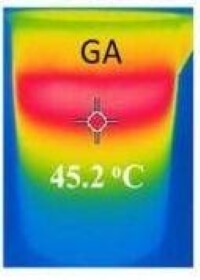 It was demonstrated that under simulated sunlight, the graphene aerogel concentrates the sunlight,  heating up water to 45°C. As described, graphene aerogel is over 99% by weight, rendering the material highly porous. The porous structure pumps steam away from the surface. The steam, being all water, is free of salt or whatever pollutants were present in the original water.

Supercapacitors. Supercapacitors are devices that store electricity, like batteries. Researchers believe that graphene aerogels will lead to the construction of supercapacitors with enough energy density to replace always troublesome lithium ion batteries.

As described in the Stanford Engineering Magazine, Debbie Senesky, assistant professor of aeronautics and astronautics at Stanford, is leading a team that will be preparing a series of experiments on graphene aerogel that will be conducted on the international space station.

The reason why? According to Jessica Frick, a postdoc working for Senesky, “With something so light, the effect of gravity can have a huge influence on its structure and maybe even the properties of the material. She goes on to state that “We want to see what happens when we remove gravity.”

According to Barrett Weiss, a graduate student working on the project, “Eventually, such research could point to useful products, makeable only in space, that are valuable enough to justify transporting the solvents, raw materials and machinery necessary to manufacture graphene aerogels in orbit.”

With its unique properties, invaluable both on Earth and in space, graphene aerogel may well turn out to be most successfully manufactured in space. With the placement of manufacturing infrastructure beyond the confines of earth, what Weiss is describing may be nothing less than a possible beginning for the actual space-based industry.