6 Things You Need to Know About Supercapacitors

The most basic type of capacitor is simply two parallel electric plates. If a battery is connected to this capacitor, the battery’s negative terminal will push electrons onto one plate, making it negatively charged. The positive battery terminal will draw an equal number electrons away from the plate it is attached to, making it positively charged.

The definition of Capacitance (C) is Charge (Q, or coulombs) divided by Voltage (V, or voltage).

The unit of capacitance is the FARAD.

So, we can see that the capacity of a capacitor, defined in farads, is the amount of charge it can hold for a given amount of voltage applied to its plates.

1- What Is the Purpose of a Dielectric in a Capacitor?

A dielectric is a material the does not conduct electricity that can be placed between the two plates of the simplest capacitor described earlier. When the battery is attached, the result is that the atoms in the dielectric are distorted, with the negative parts of the atom pulled towards the positive plate of the capacitor, and the positive parts of the atom attracted to the negative plate. 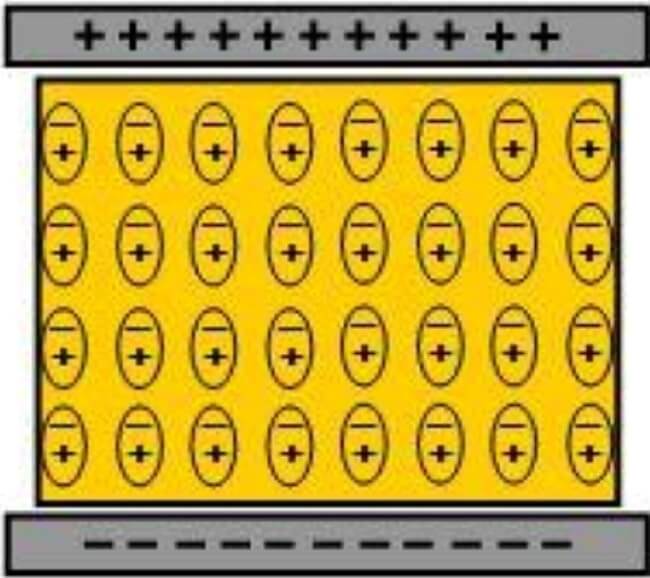 So, the voltage on the plates is the same as before, but with the addition of the dielectric, more charge is absorbed. Since C = Q/V, with the same voltage and more charge, the value C for capacitance is increased

2- How do Capacitors Store Electrical Energy?

In the circuit below, with the switch in position “A”, the capacitor charges as before. 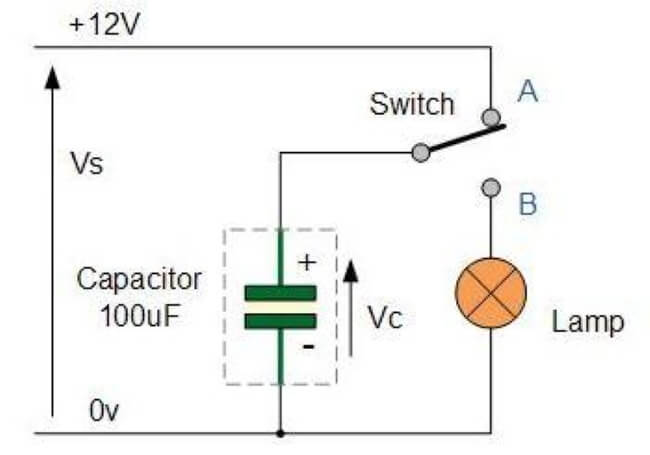 When the switch is moved to position “B”, the stored charge flows through the lamp, causing it to generate light up until the charge is used up. As such, a capacitor can serve as an energy reservoir, storing electrical energy, from whatever source, for use at a later time.

3- What exactly is a Supercapacitor?

A supercapacitor is has a far higher rating in “farads” than do any other type. As such, it can store far more energy. In the example of the last section, if a supercapacitor was used instead of an ordinary type, it could have stored far more charge, and could have powered the lightbulb for a proportionally longer time.

One type of supercapacitor is the electrostatic double-layer capacitor, diagrammed below. There are the usual plates separated by an ionic electrolyte. 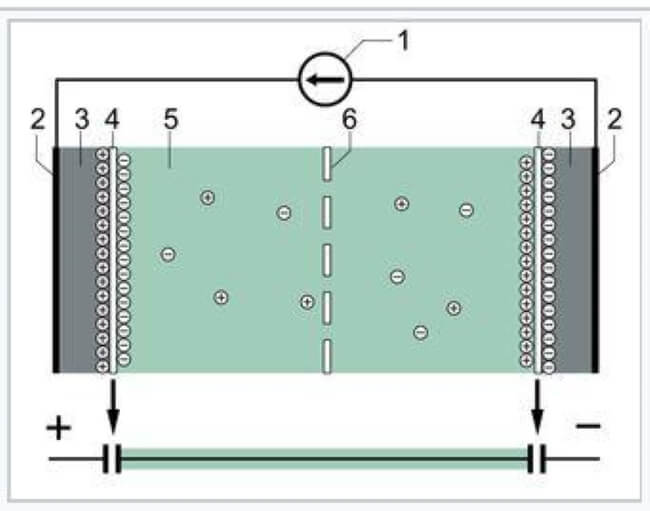 Because the closeness between the plates is a factor defining farad value of a capacitor, the fact that there is less than a nanometer separation between the “plates” of the two pseudocapacitors means that the capacitance of these devices are huge. A supercapacitor can be rated at as many as a million times as many farads as the device in section 2.

The bottom line is that a supercapacitor can store a far, far greater amount of energy.

4- What is the difference between Power and Energy?

The words “power’ and “energy” are often used interchangeably, but there is a huge difference, as power is correctly defined as the amount of energy available per unit time. 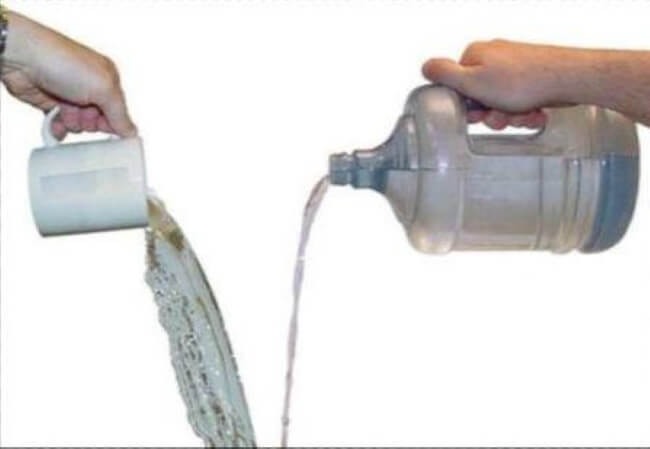 5- How do the Energy and Power Densities of Batteries and Supercapacitors Compare?

6- Why are Supercapacitors and Batteries Important Partners?

A most obvious pairing is for regenerative breaking in electric vehicles. When an EV (electric vehicle) needs to stop, what is essentially an electrical generator is electrically coupled to the wheel. The energy of the vehicle’s forward motion is converted to electricity, slowing it to a halt.

With conventional breaking, that forward momentum is not only wasted but converted into vehicle-damaging heat. With regenerative braking, a hallmark of EV’s, the forward momentum of the vehicle is instead returned to the battery, where it can be used once again to power the vehicle when the light turns green.