The usual trajectory with new technology is a steady iteration of improvements. Every year or so a new version is released with a host of new features. Better battery, better screen, faster processor. Yet when it comes to wearables, the innovations are coming so thick and fast that concepts are obsolete before they make it on to shelves. Smartwatches are the only wearable technology that has enjoyed any ubiquity whatsoever. But this is partly to do with Apple entering the market and the fact that most smartwatches aren’t. Not really. Smart glasses have been toyed with by the likes of Google and others for some time but issues with battery performance and the reliability of the technology have hampered progress. Smart clothing technology, however, seems to be where the money is going. Properties like Star Trek and The Martian have demonstrated the potential of wearables to monitor our wellbeing. Our desire for ever more integrated technology, coupled with our ‘always online’ mindset is driving some major innovations in this emerging market.

The Problem With Smart Clothing

The potential of smart clothing is huge. The applications for the medical, health and fitness and military markets more or less guarantees smart clothes in our future. However, smart clothing has some problems. The first is power. Batteries need to be stored somewhere. This isn’t necessarily a problem for the military as function over form is very much their mantra when it comes to equipment. However, for the rest of us, no one wants batteries spoiling the lines of our Spandex. 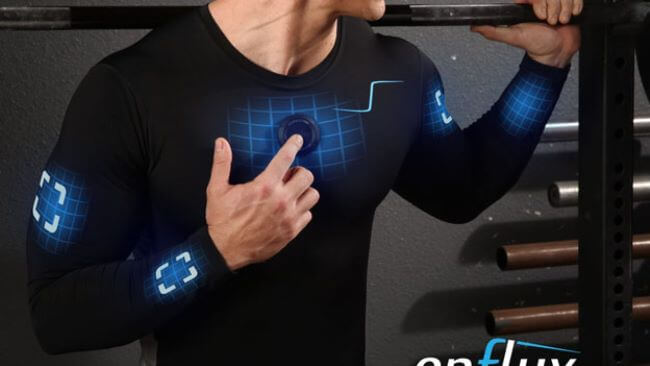 The other problem - associated with batteries - is heat. Anything with a power source gets hot and without anywhere for that heat to go, smart clothing will become unbearably - or even dangerously - hot to wear. That’s assuming the batteries themselves don’t overheat and combust. Although uncommon, it is a consideration. This is especially concerning as fitness clothing will most likely be made from synthetic, or partially synthetic fibres. However, these are all obstacles that can be overcome. With alternative materials like vanadium dioxide, the issues around heat could be a thing of the past. Similarly, fitting wearables with solid-state batteries would prevent thermal runaway. The biggest challenge facing wearables is the same problem that faces the rest of your wardrobe. Wear and tear. Inevitably, regular use of smart clothing - and laundering them - will cause the systems inside to fail. A spin cycle could turn a smart shirt into a ruined shirt. Considering the price tag on this level of integrated technology is likely to be exceptionally high, users will expect high performance for two years at a minimum. This presents a major issue. Thread based transistors can solve the problem of making wearables more comfortable but there is still a fatigue factor to consider. Sooner or later, things will break.

A team at King Abdullah University of Science and Technology, Saudi Arabia, has developed a prototype thermoelectric material intended to be a wearable sensor. Sensitive enough to monitor heart rate, blood pressure, muscle motion, brain activity and even the release of chemicals into the bloodstream, the applications are considerable. Significantly, the material uses temperature gradients to generate electricity so it can be powered using body heat. Eliminating the need for batteries. Although in cold environments, or when body temperature is suddenly reduced it is possible the material would stop working. But these are wrinkles that will get ironed out as testing and development continues. The material was made possible by blending the highly conductive polymer PETOT:PSS (poly(3,4-ethylenedioxythiophene) doped with polystyrene sulfonate), with dimethyl sulfoxide. This is an organic compound that boosts the performance of PETOT: PSS, and Triton X-100, a sticky, gel-like agent that encourages hydrogen bonding with PETOT:PSS. This creates a sticky ‘self-healing’ material that is stronger, more flexible and far more resistant to damage than any other material considered for us in wearables. The team as KAUST tested the durability of the material by stretching it to a third longer than its original size, during which time it maintained stable power supply. Considering wearables would be under constant duress from continuous use, this kind of resilience is important. 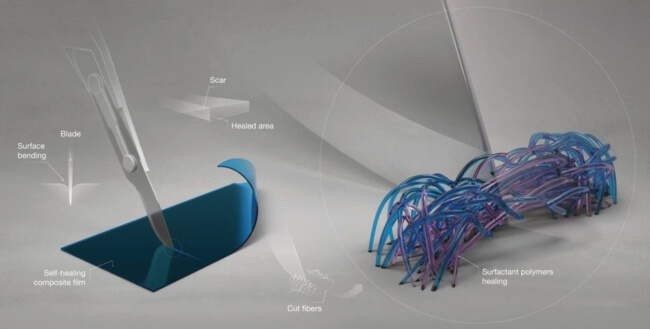 The team also tested the thermoelectric material’s ability to self-heal by cutting it with a knife while it powered an LED light. Not only did the material heal itself inside of a second, but it retained 85% of its power output. This overcomes another major problem, especially in terms of military application. A lattice of wires, if damaged could feed incorrect data back to command. This data could communicate that a soldier is wounded when they are fine or, more seriously, unhurt when wounded. The thermoelectric material developer by KAUST would continue to work whether the wearer sustains impact damage, a stab wound or a gunshot wound. For everyday use, it dramatically simplifies how wearable technology would operate. There would be no need for wires or batteries.  Medically speaking, patients can be monitored wherever they are in the hospital. Operating gowns could be made of the material. Surgeons could cut open the gown, operate and then fold the material back in place. Assuming an antimicrobial layer could be applied to the material, it could prevent post-op infections as the gel layer would prevent anything from getting to the wound. Moreover, the material would monitor a greater range of vitals, helping clinicians spot possible infections or post-op complications sooner. On the other side of medicine, a thermoelectric gel layer could serve as a sleeve for prosthetics. The gel would make them the limb more comfortable while transmitting nerve impulses to make it move.

What The Future Holds

Regardless, the applications are incredible and the team at KAUST are just getting started. They are already working on new materials that offer improved conductivity and durability.

6 Things You Need to Know About Supercapacitors