Watch any good (or bad) science fiction TV series or movie and with it will come a bewildering array of gadgets and techno-wizardry. All of which makes living in the future just the best!

Amongst the phasers, proton torpedoes, hyperdrives and impulse engine there are numerous examples of wearable tech that awesome in their ubiquity.

Starfleet insignias that serve as communicators in Star Trek. Haptic feedback suits in Ready Player One. Or powered suits of armour capable of sustained flight in the case of Iron Man.

Whatever your particular brand of geekery, there is a common theme: wearable technology is used to enhance our experiences or otherwise provide us with a technological edge. Especially in an environment where the risk to life is high.

So more or less every single episode of Star Trek.

Captain Picard needed a natty badge for the crew of the USS Enterprise to communicate with him and monitor his life signs. Back here in the 21st Century, a team at Tuft University School of Engineering, Massachusetts, have devised something a little more subtle.

The Future of Wearable Technology Is Now

Thread-based-transistors (or TBTs) could hold the key to truly wearable technology.

This new smart fabric is made from linen thread coated in carbon nanotubes, to create a semiconductor surface. The thread then has two thin gold wires attached; a source and a drain through which electrons flow. A third wire serves as a ‘gate’, which surrounds the thread and allows current to flow between the source and drain wires.

The result - when woven together or with other material - is wearable technology that allows complete freedom of movement for the wearer, while providing fully flexible multiplexed devices.

Tufts use a gel made from silica nanoparticles as an electrolyte layer which surrounds the thread. The silica nanoparticles assemble themselves into a network structure making it resilient under flexing or stretching. A huge leap forward compared to traditional transistors that use solid-state oxides or polymers.

This is a departure from current approaches to flexible/wearable tech that use patterned metals and semiconductors worked into bendable structures. While flexible they have their limitations, particularly in rugged environments. Thread-based-transistors eliminates the need for patterned components.

Furthermore, the manufacturing process doesn’t require a cleanroom. This makes it easier to manufacture and a lot cheaper.

According to the team at Tufts, the thread-based-transistors can be fashioned into logic circuits and integrated circuits which can - in turn - be integrated into thread-based sensors.

Before this breakthrough, the team had previously developed a thread-based temperature and optical sensors as well as the microfluidic thread that could take samples or disperse (for example) medication. The new transistors will allow for the creation of logic circuits to control those thread-based components.

The threads can accommodate electronics that include diagnostic devices that are so thin and sensitive they can integrate with the biological tissues they are measuring.

To put it another way - thread-based transistors can not only be worn as part of a garment but inserted into the human body to monitor everything from irregular heartbeats to brain activity.

Coupled with the microfluidic thread, they could administer life-saving medication the moment another sensor in the network detects an anomaly.

The medical implications are tremendous as the threads will be able to detect skin secretions such as sodium and ammonium ions which could signal a patient is in cardiac distress or developing kidney problems.

Combined with existing technologies, individuals with long term illnesses or severe physical disabilities could be monitored remotely without cumbersome and invasive machinery. Both of which reduce the quality of life and impacts on the dignity of the patient.

The thread could also be woven into baby garments, allowing doctors to monitor premature babies across a host of metrics without the invasive leads and wires. Again, improving the experience of new and anxious parents while improving the level of care.

Real-World Applications for Thread Based Transistors

However, the medical applications aren’t the only thing that makes thread-based-transistors something of a coup in the wearable tech space.

Visions of the future have involved tricorders, headsets, or even utility belts full of cool gadgets to get the most out of distant future living.

This breakthrough changes all that. The TBTs could theoretically be integrated with any current technology allowing an unprecedented level of connectivity.

Your winter beanie could sync with your phone and play music while on those wintery walks. Or better yet have the ability to receive calls.

Flexible screens can be integrated with police uniforms to provide relevant information in real-time when responding to an incident.

By the same measure, a blanket can be placed over the victim of an accident and provide paramedics with vital information about their condition. Then allow them to easily monitor their condition during stabilisation and transport to the hospital. 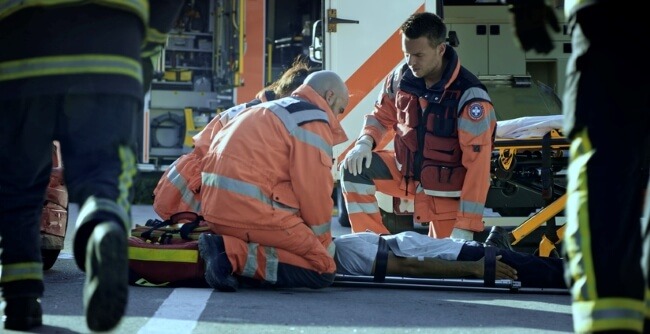 Sportswear could communicate with fitness apps to provide wearers with accurate telemetry about their pulse, respiration, hydration levels and even adjustments to the current level of activity.

In the event of an injury, garments could - with a phone-based app - determine the severity of the injury - based on blood pressure, pulse, respiration etc - and then either recommend a treatment or alert the emergency services.

Take that a step further and it could save the lives of soldiers in combat. Fatigues would be able to gather information about the welfare of the soldier - not just if they were injured. Telemetry fed back to command could indicate battle fatigue or a mental health issue before it compromises the individual or their unit.

Thread-based-transistors could similarly be woven into the out layers of body armour. This could gather information impacts beyond the severity and whether or not the armour has been compromised.

But also the trajectory of the shot and the speed the bullet was travelling it. That data can then be extrapolated to give the attacked unit a better indication of both the distance and direction of enemy fire.

Not only would it make the unit more combat effective but allow air and artillery elements a better chance of laying doing effective supporting fire.

They can be used more or less anywhere. Additionally - as with medical of defence applications - it can go a long way to help the teams on the ground monitor the vitals of the astronauts in space. With a mission to the moon in 2024 and a mission to Mars to follow shortly after, the timing could not be better.

The team at Tufts are the first to admit it is still early days and now they know the technology works, their next step is to improve the design and performance to make it viable.

The breakthrough is undeniably significant and the applications vast.

The really exciting thing is that the team are only just scratching the surface of this new technology. Yet it’s already plain to see just what an impact it could make on the world already.