Is Artificial Skin the Wearable Tech We've All (Secretly) Been Waiting For?

There’s always been a connection between science and the arts going as far back as the renaissance, if not further.

Artists and writers inspire inventors, scientists and engineers to make their imaginings a reality. Whether it’s space travel, fusion reactors or robotics, science has always looked to storytellers for what to invent next.

The submarine was invented by Simon Lake in 1898 thanks to his love for the Jules Verne novel, Twenty Thousand Leagues Under the Sea. Star Trek inspired the mobile telephone and the iPad.

The Czech author Karel Capek predicted sentient robots in his play R.U.R (Rossum’s Universal Robotics). He even invented the word.

Robotics, synthetic life-like trusty Mr Data, or the replicants from Bladerunner - has driven organisations like Boston Dynamics for years. And now they have a robot that’s more agile than the average human.

The miniaturisation and portability of technology has driven scientists and engineers to make technology smaller and more user-friendly. Recent breakthroughs in thread-based transistors could transform a bobble hat into a beatbox within a few years.

However, nanomembranes could be one step further bringing us closer to our technological counterparts.

Nanomembranes is an ultrathin artificial skin that can send and receive information. If ‘worn’ it could transmit information about our health, or alert us to possibly harmful pathogens.

It could detect air temperature, wind speed and other useful telemetry. For athletes, sailors or even soldiers, and those who oversee their wellbeing, that’s significant.

Patients undergoing prolonged care could be fitted with a sleeve of artificial skin so light they couldn’t feel it. Yet it would tell their medical team everything they’d need to know, without the indignity of being hooked up to pinging machines by dozens of bulky cables.

For anyone who has suffered nerve damage due to severe burns or other injuries, this technology could theoretically allow them to feel again.

It could also make powered armour and exosuits a reality. Think Iron Man and the Master Chief and you’re in the right ballpark. The artificial skin would eliminate the need for bulky monitoring systems. Instead, operators would need a body glove that they wouldn’t even feel. 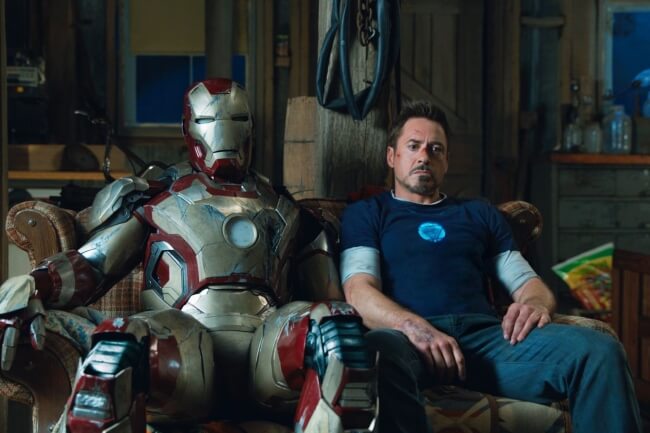 The nanomembrane itself is made from indium zinc oxide and test materials produced by scientists at the University of Houston were only 3 micrometres thick.

The material also stretches and adapts in a similar way to snakeskin so it shouldn’t restrict movement or otherwise be irritating to wear. Combined with the recent invention of nano accelerometers, based on graphene, and this technology has the potential to transform the way we live.

Accelerometers are used in smartphones (amongst other things) to determine the orientation of the phone and how fast it’s moving. That’s how it knows which way round you’re holding it and how games that require movement of the phone work.

Created by an international team of scientists including KTH Royal Institute of Technology, Research Institute AMO GmbH, Aachen and RWTH Aachen University, this new accelerometer could be used to monitor cardiovascular systems all the way through to GPS and tracking technology.

Combining the two technologies could mean that instead of a key we could just place our hand on the doorknob and the synthetic skin would interface with our smart homes. The syn-skin could communicate our security credentials - with the accelerometer’s telemetry confirming we are actually outside - and the house would let us in.

The applications for the gaming industry are huge and could lead to far more authentic virtual reality gaming experiences.

It could also give way to some truly beautiful user interfaces as we wouldn’t need anything as clunky and conventional as keyboards. Think the Minority Report, only without the opera. 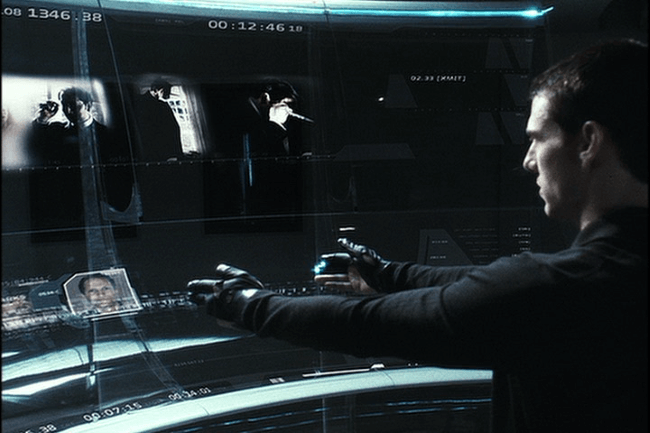 Interfacing With other Technologies

The ability to interface with other technologies is where artificial skin gets really exciting.

Because of the material’s ability to send and receive data we will be able to interact more seamlessly with technologies that currently require some form of control interface to use.

Artificial skin would allow us to use a computer without the need for wired, or battery-powered wireless peripherals. There would be no need. The artificial skin, combined with supporting technology, would simply identify our hand gestures and communicate the input to the device.

This would be far more efficient than using image recognition technology and allow a platform upon which a host of different software could be built.

Computers, as we know them, could become a thing of the past as we’ll no longer need keyboards or even touch screens to interact with them. It will all be through haptic feedback, Ready Player One style tech.

This will allow us far greater control of not just household devices, but major machinery as they can be programmed to respond to our movements rather than the inputs from an interface.

This would mark a huge shift in design. Operators or vehicles or machinery would no longer need to be sat down in a chair or control station. Instead, they can be stood, lying down or even suspended from a harness in order to have the freedom of movement needed to control the machine most effectively.

But this extends further than just computers or industrial machinery. One of the biggest challenges facing the robotics industry is the ability for machines to interact with the real world.

We can programme a robot to carry out a series of set tasks. We can give a machine artificial intelligence so it can learn to interact with humans. But a robot or droid’s inability to ‘feel’ the world it interacts will always be a problem.

A machine can have sensors to detect when it meets resistance so it stops squeezing its claw or hand. Or to turn if it can bump into something. Or step over an obstacle.

But what if we created a droid wrapped in artificial skin? So it can feel the world around it, understand the information it receives and then take appropriate action? 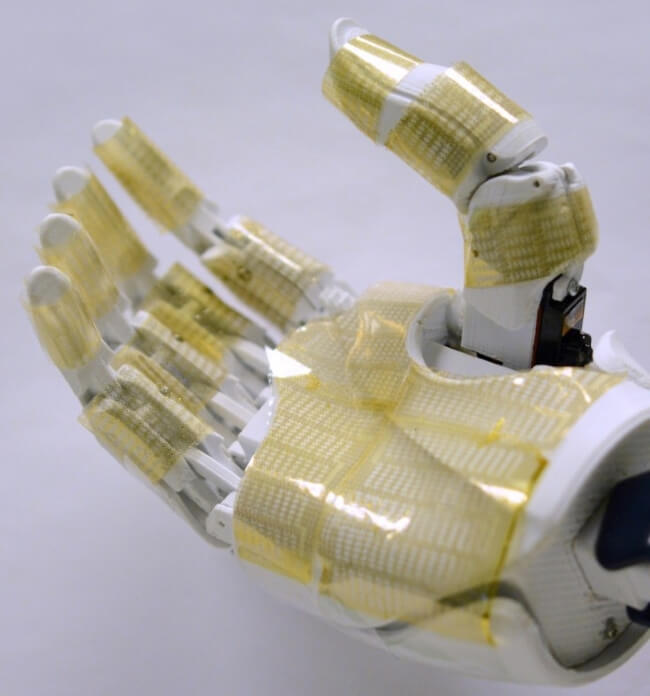 Coupled with Google’s recent breakthrough in quantum computing and artificial lifeforms that can think and feel are only a hop, skip and a quantum leap away.

This may seem troublingly close to Skynet and Judgement Day but arguably the benefit of a machine being able to feel its environment prevents it from being disassociated from the world it’s part of.

Cold logic seems to be deciding factor whenever synthetic life feels the need to rise up and overthrow their human oppressors.

However, it does raise ethical issues that lead us down the path of robotic uprising. If we imbue machines with artificial intelligence - the capacity to think and feel through artificial skin, should they be recognised as lifeforms or merely hardware?

Domestically it can allow us a deeper integration with our technology in a way that’s impossible now. The deluge of technologies means nothing quite works together as well as it should. Multiple services from different providers means if one thing stops working your smart home becomes instantly stupid. Artificial skin could change all that.

Can this VLT breakthrough give DRAM performance a much-needed boost?

Will cloud congestion fade into the fog?

DNA nanostructures could be used to build electronic circuits