If you’ve shopped for a phone or mobile device, undoubtedly, you’ve noticed specs that tout IP67 or IP68 waterproofing. The likes of Samsung, LG, and Sony include water resistance, dust proofing, and other protective specs, a feature often showcased in articles with a phone and sometimes its owner taking a dip in a lake or pool, then emerging wet but unscathed. But what do these IP ratings actually mean? Find out about various IP enclosure ratings such as IP76 vs IP68!

What are IP Ratings?

The International Electrotechnical Commission (IEC) created IP as a set of standards for defining the ability of electronic devices to survive fresh water and harsh materials, including dust, sand, and dirt. Essentially, the IP rating system functions as a ruggedness scale with its numbering system indicating resistance to elements. An IP code comprises the letters IP with two digits after, and occasionally a letter. You may hear IP referred to as Ingress Protection. 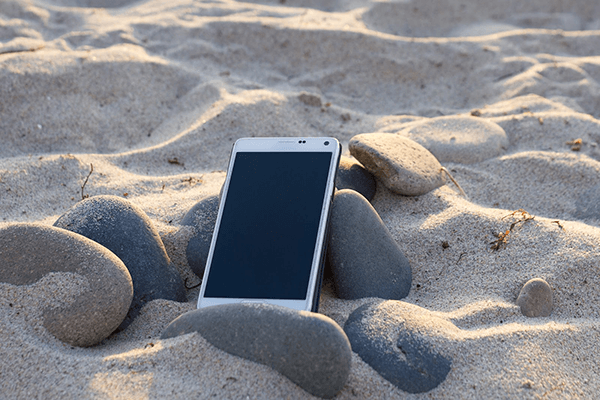 In an IP code such as IP68, the first digit refers to solid materials. It ranges from zero to six, with the lower end of the spectrum offering either little to no protection. For instance, zero provides no protection from contact with external objects. This progressively increases from large object protection at the lower end of the scale to smaller materials as the digits increase. For instance, an IP2-rated device maintains protection against fingers, while an IP3-branded gadget offers safety from tooks and thick wires.

IP5 introduces dust protection. While that’s difficult to keep out entirely, the IEC dust-resistance rating must meet the criteria of dust protection in compliance with maintaining an operational device. IP6, however, is dust-tight, meaning complete and total dust protection. 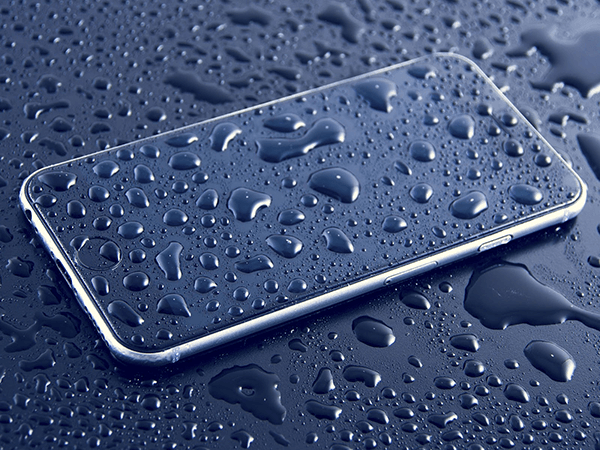 While the first digit in the IEC IP rating system indicated protection against solids, the second digit implies its water resistance. Like its solids protection, the scale begins at zero, which offers no protection. Then, it climbs to nine. A seven rating on the liquids IEC IP rating system indicates that a device should be suitable for immersion in up to a meter of water, or 3.3 feet, for up to a half-hour. An eight provides protection from immersion in more than a meter. Although uncommon except for genuine rugged handsets such as the CAT S61, there’s also a nine for liquids which withstand high-pressure and temperature water streams.

Not all liquids are the same, however. The International Electrotechnical Commission assigns ratings for fresh water. Its system isn’t designed as an indicator of protection against salt water, your morning coffee, or an afternoon pint at the pub. Should an IP67 or IP68-rated device withstand a dunk in a frothy pint glass? In theory, yes, although it might emerge functional but pungent. However, the IEC doesn’t guarantee water resistance against anything but fresh water.

The IEC IP Scale: Putting it Together

Armed with this knowledge, the IP rating system makes much more sense. An IP67 device can sustain being dropped into water up to a meter deep for about 30 minutes. Compare that to an IP68 device which boasts protection in over a meter of water for a manufacturer-specified period. It’s important to note that, most often with phones, we’re discussing water resistance, not waterproofing. There’s a significant difference in that water waterproof suggests indefinite submersion in water versus water resistance which implies limited exposure and submersion. With a rating of 6 on the solids scale, both IP67 and IP68 devices maintain dust resistance.

If you’re debating between an IP67 and IP68 device, you’ll be pleased to know that both devices will carry complete dust resistance. An IP67 device holds up against up to 1m of water for 30 minutes. For an IP68-rated gadget, in addition to dust resistance, you’ll benefit from full immersion in over 1 meter of water for a device manufacturer-specified period. Essentially, the difference comes down to water exposure.

My Samsung Galaxy S9+ features an IP68 rating which Samsung explains protects against submersion in 1.5m of water for 30 minutes sans cases and other add-ons. Increasingly, device manufacturers have included some form of dust- and water resistance, a welcome change. Still, you won’t want to go chucking your mobile in a nearby pond just for fun. I remember in the flip phone era salvaging a device dropped clumsily in a glass of iced tea using the bag of rice trick. A few years after that, using my phone after a workout shorted out the keyboard on my slider phone so that, even with the device off, the keyboard backlight refused to shut off. Now, many phones, smartwatches, and other gadgets include some form of protection from the elements.

Occasionally, you might encounter an X-rating in a device description. Unlike its counterpart in the MPAA, an X-rated device doesn’t imply that it’s unsuitable for minors, and instead, it merely means there’s no data available for a protection rating. An IPX7 device, for instance, may include dust protection but definitely offers up to 1m of protection in fresh water.

There are tons of rugged smartphones and other devices available. Broadly, you’ll find IP67 and IP68 devices, many of which come in sleek form factors such as the Galaxy S10 or Apple Watch. Once you move into the IP69 category, gadgets often assume a rugged appearance, as with the beefy CAT S61. Understanding the IP code rating system helps to cut through marketing jargon which often throws around terms such as water-resistant, waterproof, dust-proof, and shock-proof. In 2015, Sony released a promo photo of an Xperia device shooting underwater pictures, which prompted Sony to issue a statement warning users, “Remember to not use the device underwater.” A keen understanding of IP codes helps to understand a gadget’s rugged capabilities and limitations and demystify marketing terms and ads showing underwater phone photography.