Controlling the Future with Your Voice: The Evolution of Microphones

For half a century, electret condenser microphones (ECMs) dominated the microphone market. In that time they were pivotal in landline telephones (particularly during the 1980/1990s), hearing aids, headsets, GPS devices, digital voice recorders, mobile handsets and family radio service (FRS) two-way radios, as well as attending to the needs of speech recognition and VoIP applications. However, as systems became smaller and thinner, more compact ECMs had to be specified. This had severe implications concerning the signal-to-noise ratio (SNR). Furthermore, performance, repeatability and stability over temperature were all impacted too. The sensitivity of an ECM – even of the same model and design – could vary widely over its operational temperature range. They also exhibit significant variance in terms of their response at low and high frequencies.

Micro electro-mechanical system (MEMS) microphones offer significant advantages over ECMs. They feature higher SNR, low power consumption, good sensitivity and strong vibration resistance, not to mention being available in tiny packages that save board real-estate. Besides, they are fully compatible with modern mount assembly processes (which are not suitable for ECMs).

Although MEMS microphones were introduced back in the 1980s, they did not overtake ECM production in terms of volume until about five or six years ago. The growth in their uptake has been driven by consumer demand from smartphones and virtual personal assistants (VPAs) in the form of smart speakers. Looking at the number of microphones on these products alone can give you a good idea of the size of this market – the iPhone 6s, 6s+, 7, 7+ and 8 each have four MEMS microphones incorporated, while the Samsung Galaxy Note 8 and 9 each have two. Samsung’s Galaxy Home smart speaker has eight far-field MEMS microphones, and Amazon’s Echo has an array of seven directional far-field microphones. While most wearables (such as smartwatches, etc.) have one MEMS microphone, the relatively new category of hearables tend to have at least four per pair – because, like most headsets or headphones with active noise cancellation, each side has a second microphone (for picking up the ambient noise that needs to be eliminated).

According to market research consultancy Yole Development, the global business for MEMS microphones, ECMs, micro-speakers and audio ICs will be worth US$20 billion by 2022, with MEMS microphones accounting for about US$1.4 billion of this. Conversely, revenue from and volume of ECMs will have respective -7.5% and -2.6% CAGRs over the same period.

IHS Markit has forecast that worldwide revenues from MEMS microphones will climb to US$1.5 billion in 2021 (equivalent to some 6.6 billion units in shipments). ResearchandMarkets has been more bullish with its predictions – stating that it expects the market for MEMS microphones to grow to US$2.9 billion by 2024, as new application opportunities relating to the Internet of Things (IoT) and automotive systems begin to emerge.

ECMs Down but Not Out

ECMs have not been excluded from the game just yet. Manufacturers have improved their designs in terms of SNR, as well as dust and moisture resistance. PUI Audio’s HD ECMs, for example, feature high sensitivity and superior SNR. Designed using premium-grade FETs and diaphragms, these HD microphones incorporate GSM buzz-blocking capacitors. They maintain their fidelity across a 20Hz to 20kHz frequency range – which makes them suitable for medical, automotive, industrial and consumer electronics designs. The waterproof ECMs supplied by CUI Devices are IP57-, IP65- and IP67-rated. These 4mm-diameter omnidirectional microphones are available in wire lead and terminal mount configurations with operating frequencies up to 20kHz. They have sensitivity ratings as low as -42dB, and SNR from 57dBA to 70dBA.

Controlling the Future with Your Voice

Significant improvements in automated speech recognition (ASR), in parallel with developments in MEMS microphone technology, have enabled humans to have more conversational interactions with VPAs (such as Siri, Alexa, Cortana and Google Assistant). This has paved the way for voice control interfaces in smart homes. 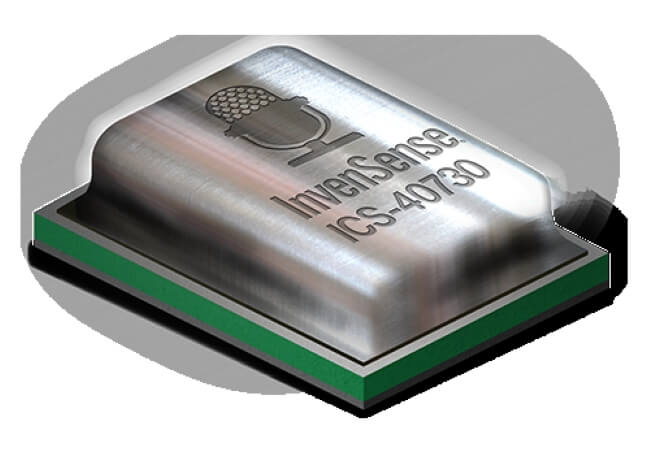 Meanwhile, the InvenSense ICS-40212 analogue MEMS microphone exhibits a very high dynamic range and a low-power “AlwaysOn” mode that is suitable for wearables, IoT hardware and smartphones. It features a low-power mode that is active when the supply voltage is less than 2V and operates with 55µA current and 123dB SPL AOP. Available in a 3.5mm x 2.65mm x 0.98mm bottom-port surface-mount package format, it offers a tight ±1dB sensitivity tolerance and extended frequency response (35Hz to 20kHz).

The XENSIV MEMS-based microphones from Infineon. 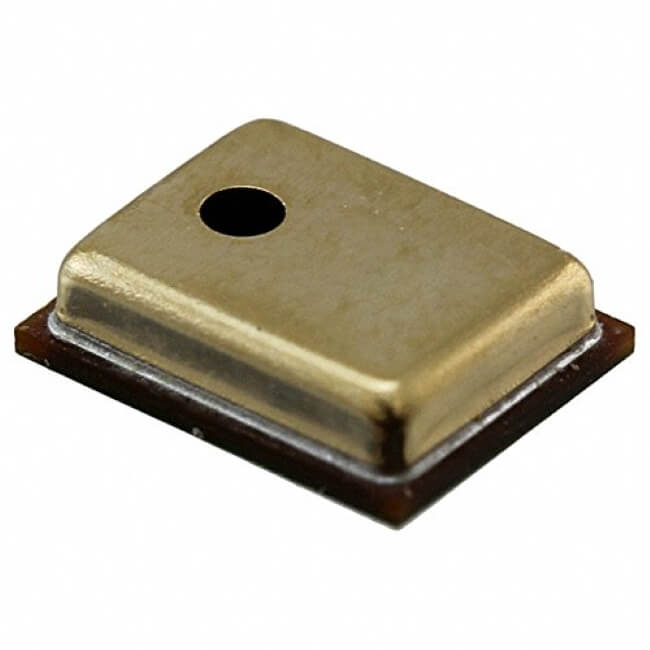 Demand for higher SNR alongside increased reliability and durability has led to the development of piezoelectric MEMS microphones. These are being pioneered by UK-located Vesper Technologies. The company’s VM1000 omnidirectional, piezoelectric MEMS microphone offers a single-ended analogue output, an extensive dynamic range and strong SNR figures (94dB SPL at 1kHz). Available in waterproof (IP57-rated), dustproof, particle-resistant and shockproof packaging, this microphone unit is exceptionally stable. Supplied in packaging measuring 3.76mm x 2.95mm x 1.1mm, it enables users to record from the other side of the room, with superior ambient noise cancellation and “audio zoom” – resulting in more accurate sound selection when recording.

The bottom-port VM1010 piezoelectric MEMS microphone model offers voice activation to many different battery-powered smart devices. Drawing a mere 10µA of current while in listening mode, it makes use of the sound energy it is directly in contact with to bring the surrounding system out of full power-down mode. With very robust construction, this microphone has a loudness threshold that can be defined by the user – thereby enabling customisation of the voice activation mechanism to suit the required distance, and also taking into account the specific background noise characteristics of the application environment. The system enters the low-power “wake-on-sound” mode when everything is quiet so that that battery resources can be conserved.

Introduction to EMC in PCBs

Can neuromorphic vision accelerate the arrival of intelligent robots?