Europe’s e-car boom is only just getting started and with it the potential to completely transform the region’s transport sector. Along with the rise in e-car demand is a concomitant rise in demand for fuel cell batteries, the most important and costly component of an electric car. However, the global battery cell market is firmly in the hands of only a few mainly Asian companies.

And this is causing concern within Europe’s automotive industry and battery sector that the Far East’s cell suppliers are capable of putting a squeeze on Europe’s entire e-car sector. In the worst-case scenario this monopoly could upset European automakers e-car plans, many of whom have announced the launch of new electric drive models for the coming years.

Industry sources say that 80 percent of the global battery cell market is dominated by Panasonic, LG Chem, Samsung SDI and Murata with SK Innovation, CATL, BYD or Lishen among the new entrants to the market. According to Sven Bauer, CEO & Founder of the BMZ Group, "Cell manufacturers are taking advantage of their current market position and determining who will be supplied with cells at all and for what prices,” he said.

BMZ introduced lithium-ion technology in Europe more than 25 years ago and uses around 300 million lithium-ion cells per year, including in electric vehicles. It is the largest producer of lithium-ion battery systems in Europe and is currently the largest buyer of Asian cells. BMZ is now looking to break the stranglehold of the Asian cell manufacturers on Europe’s EV and battery suppliers by producing its own cells in Europe. 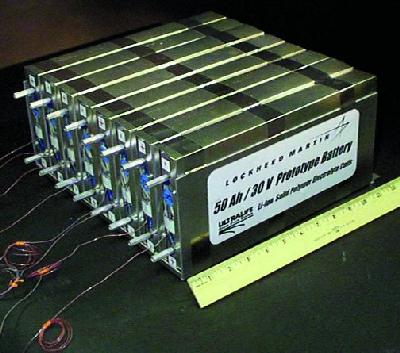 At the end of November, it took over the majority of the TerraE Holding GmbH consortium, with the goal of building the first cell production in Germany by 2020. The TerraE consortium, comprising 17 major companies and research institutions, was created in 2017. But hopes that the consortium would move quickly to establish a battery facility that would reach a 34 GWh capacity in 2028 were very soon dashed as none of the partners appeared willing to make the considerable necessary investment into cell production.

Now, BMZ one of the original consortium members is hoping to kick start the production of electric car batteries by taking over the consortium and succeeding where TerraE failed. BMZ is committed to spending 300 million euros in the first stage of expansion of TerraE, which will give it a 4 GWh output. In the medium term, TerraE is aiming for an 8 GWh cell production. The company is also building a new logistics centre with a total investment of 120 million euros.

At the same time, it is expanding its battery production facilities in Poland and China. Says Bauer: “In future, we will use the cells produced by TerraE to build high-tech battery systems for BMZ automotive customers.” Until then, BMZ is relying on external suppliers such as LG Chem with whom it recently secured a supply agreement for battery cells through to 2022.

Meanwhile, the Chinese battery cell giant CATL has brought forward by two years - from 2022 to 2020 - its plans to produce cells in Germany. European boss Matthias Zentgraf said that personnel recruitment is set to begin as early as next year when CATL is to begin construction of the 14 GWh per year battery factory.

The company has begun making moves to secure storage area near Erfurt, as well as making arrangements for the quality assurance division and prototype development. The location was chosen due to its proximity to both suppliers and customers, including BMW, Daimler and Volkswagen. CATL has made significant recent inroads into Europe’s electrified automobile industry. It has supply contracts with Volkswagen and Daimler as well as PSA and Renault-Nissan.

In June, BMW announced the signing of a contract with CATL for the supply of cells valued at over one billion euros. The planned CATL battery manufacturing facility is seen as a major step for EV production in Europe. The battery cells produced there will supply the Dingolfing factory in Bavaria, where the iNEXT - BMW’s future concept fully electric SUV - will be manufactured starting in 2021.

However, BMW is not only banking on CATL to supply its battery needs. The company is also continuing to cooperate with Samsung, which was previously the sole battery supplier for the German car company. Harald Krüger, BMW’s Chairman of the Board of Management confirmed in November that his company plans to globally sell a total of 140,000 EVs this year. By the end of next year, Krüger aims to see a total of half a million BMW EVs on the world’s roads.

Germany’s economy minister Peter Altmaier is equally bullish about the longer-term prospects for both EVs and European cell production. In November he announced that the goal is to cover around 30 percent of global demand for battery cells from German and European production by 2030.