There is no escaping the fact that touch interaction within user interfaces (UIs) has grown in popularity immensely over the last decade, replacing many different forms of mechanically-based UIs. Engagement in this way is seen as more intuitive and less likely to lead to user frustration. What haptic technology does is bring a whole new dimension to touch control – allowing the user to receive feedback on operations performed via mechanical vibration, or in other cases some kind of resistant force. Through this it is possible to ascertain whether or not the intended operation has been completed successfully.

There are various everyday examples of haptics in action - such as vibrations on a games console when a steering maneuver is made in a racing game, while in a ‘shoot em up’ it could imitate the shockwave from an explosion or the recoil from a gun being fired, thereby making these games feel more realistic. Alternatively it could be the vibrating of a smartphone handset to signify the receipt of a text message or an incoming call, the vibration of handheld devices provided to customers while waiting to be seated in a restaurant to let them know that the staff are ready to take them to their table. Haptics are now even being incorporated into childcare products such as teething rings.

So, haptics deliver a degree of sensory stimulation to an individual who is operating a UI - but how does this actually happen? The basic procedure is as follows. As the user places their finger onto a button displayed on a touch screen, the touch controller passes corresponding touch point data over to the system processor to deal with. At the same time the processor activates the haptic. This in turn initiates the motor, which then generates a vibration. The motor which generates the vibration needs to be driven by a suitable driver IC.

The eccentric rotating mass (ERM) type - where an off-balance mass is caused to rotate. The mass produces an asymmetric centripetal force, leading to the motor’s displacement.

The linear resonance actuator (LRA) type - that rely on a magnet attached to the case by a spring. The magnetic field from the coil causes vibration to be initiated (similar to the way vibrational movement is produced in an audio speaker so that sound can be created). The vibration is at a single frequency.

Haptics based on LRA technology offer several key benefits - including more compact packages, quicker response times and greater operational robustness than alternative cylindrical or ERM haptic solutions. As a result of these characteristics, LRA is particularly well aligned with modern portable applications - covering everything from smartphones and tablet computers, through to wearable electronics. An LRA approach needs substantially less peripheral circuitry to accompany it. 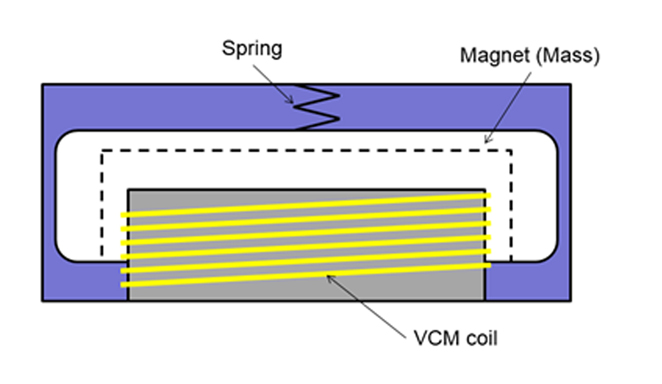 Figure 1. The basic structure of a linear resonance actuator (LRA).

In the past, driving haptics was usually accomplished via implementation of discrete solutions. These would generally consist of a clock generator with two buffer amplifiers, or a sine wave generator with an audio amplifier.

Figure 2. A discrete haptic driver based on a clock generator.

Figure 3. A discrete haptic driver based on a sine wave generator.

For clock generator haptic drivers, the buffer amplifiers work together with the clock generator to increase the amplitude of the output. They also help to smooth off the sharp edges of the applied voltage profile that would come from the square wave output of a clock generator. This type of driver also has a relatively high current consumption and requires the specific of a number of additional external components. These factors hamper this solution’s suitability for space constrained and power limited applications like handheld electronic products.

With sine wave generator haptic drivers, the sharp edges that characterise the clock generator driver are no longer an issue. This approach offers a much smoother response. The moving mass vibrates without the risk of it hitting the sides. Once again, however, the quantity of external components involved means that valuable board real estate has to be allocated.

Though traditional haptic driver solutions have had drawbacks, in more recent time dedicated, highly integrated haptic motor driver ICs have started to be introduced. These ICs are able to surpass the performance of the discrete sine wave generator and clock generator solutions, because of certain key features - such as their ability to alter their driver frequency (which as we will see is highly advantageous).

Driving the LRA at a frequency that matches the resonant frequency of the motor (FR) will maximise the response of the haptic element of the UI. It must be noted that FR can actually alter by as much as 1.0 Hz, depending on its orientation,the ambient temperature, or the material the LRA is lying on. For example the FR will be different if the product containing the LRA is held in the user’s hand, is resting on a hard surface, is hanging from a strap, or is located in the user’s pocket.

If the conditions are such that insufficient vibration is actuated, then the vibration force can either be increased by raising the driving force, or alternatively, by adjusting the drive frequency to match the new resonant frequency. Clearly it is more efficient if FR can be tracked and the drive frequency adapted accordingly, to match it. Conversely, if the motor driver is not able to harmonise itself with the motor’s FR, the resulting vibration strength will be diminished and extra power will need to be expended to make up the shortfall.

Figure 4. A high efficiency haptic driver based on the LC89830x from ON Semiconductor

Recognising that the ability to tune the frequency is great value in haptic design, ON Semiconductor has developed highly efficient LRA driver series, the members of which can be controlled by a single enable pin. The LC898300, LC898301 and LC898302, thanks to their auto-tune feature have the ability to automatically adjust their drive frequency to mirror the changes in the motor’s drive frequency. This can increase the force of the perceived vibration by over 20%, making it far more efficient than conventional haptic driving solutions.

These devices can produce the same level of vibration force as the sine wave drive method, but using 20% less current. They do this by cutting in half the on/off periods in the drive current. By rounding off the corners on the output, there is no audible noise to contend with. In addition, through the brake function, the vibration can be turned off much more rapidly. This means it can be used to deliver a broader spectrum of haptic effects - opening up new possibilities for UI designers. Furthermore, they only require a solitary external bypass, thereby reducing the use of board real estate, as well as lowering the overall bill of materials costs - both of which are highly important in space constrained, cost sensitive consumer electronics designs. These drivers are initially configured using a I2C interface, once complete a single wire can be used to turn them on and off.

Figure 5. A comparison between square wave and LC89830x drive profiles

Haptics effectively make touch interaction a two way thing. They provide feedback to those operating electronic equipmentto ensure that the system has received the desired input and safeguard against potential errors occurring. Alternatively they can be used to mimic certain actions in order to enable markedly better user experiences to be derived. Through their incorporation, supported by an optimised driving technology, more advanced touch based UI solutions can be created, which deliver a higher level of engagement and thereby differentiate themselves from standard touch enabled UIs.

Steve Sheard is a Senior Application and Marketing Engineer at ON Semiconductor, supporting the Small Signal Standard Bipolar Transistor product portfolio. Sheard has over 35 years in the electronics industry, having worked previously at Motorola. Sheard holds an MBA from the University of Phoenix and a BSEE from the City &amp; Guilds of London.