We live in a world where every screen is meant to be touched. At least that’s according to an old ad campaign from Microsoft. The problem with that laudable notion is that not every screen does something when you touch it. And there’s not always a situation when it needs to. There aren’t many people who want greasy smudges across their television, for example. The other issue is that touchscreen technology is both expensive and complex. While the technology drove the smartphone revolution, turning every surface into smart glass would be prohibitively expensive. The only reason everything is touchscreen in Star Trek is because everyone works for free. Plus replicators. That said, the voyages of the Starship Enterprise were one of the main inspirations behind the iPad. Specifically the Personal Access Display Device (or PADD) from the Next Generation Era of the franchise.  There’s always been a strong connection between innovation and the arts. However, the limitations of touchscreen technology mean that having sci-fi levels of touchscreen ubiquity would be almost impossible. At least, not without significant cost. 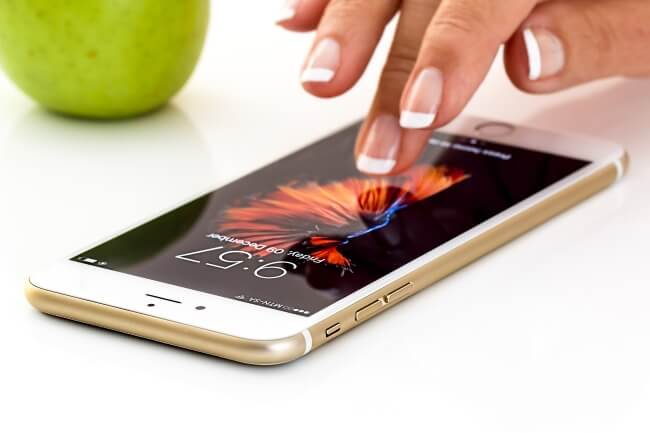 Unbeknown to most, there’s several types of touchscreen technology available. However the most commonly used are Capacitive, Resistive and Infrared.  There’s also near field imaging but this is largely reserved for military use or in environments where the screen is likely to see a lot of use/abuse. Like public spaces. Although all ultimately doing the same job, each of these screen types works in a different way. Thus making them better suited for certain uses/applications.

Capacitive screens work using multiple layers of glass, the inner and outer layers of which conduct electricity. The screen, therefore, behaves like electrical conductors, separated by an insulator. So just like a capacitor. By touching the screen the electric field changes which registers the input. Capacitive screens allow you to make more than one input at a time. Think zooming in on your smartphone. One thing that a capacitive screen can’t do, however, is register inputs from a plastic stylus. Because plastic is an insulator, the screen won’t register the input. 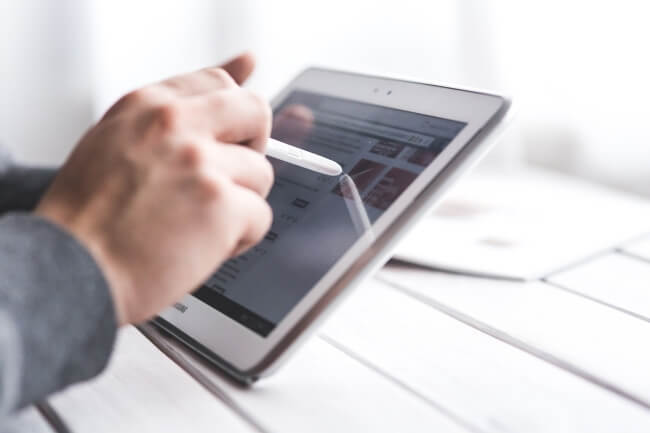 Resistive touchscreens are the most common of the technology type on the market. They work by applying a flexible layer of conductive polyester onto conducting glass, separated by an insulating membrane. When you touch the screen the polyester touches the glass which completes the circuit - this is essentially how keyboards work. The device is able to determine where you pressed down on the screen and it responds accordingly. This is why devices don’t always respond with the correct input if two buttons are very close together.

Infrared touchscreens use a grid of LEDs and light-detector photocells. Positioned at opposite sides of the screen, the LEDs shine an infrared latticework of light in front of the screen. By touching the screen the beams are broken and the device interprets the input based on the location. Because touching the screen breaks infrared beams, rather than requiring the completion of a circuit, the technology works with any kind of input, including non-conductive styluses. Although all of these technologies are incredibly impressive they require lots of components and precision manufacturing. They are also limitations in terms of where touch screens can be installed. There are also considerations around cost and energy consumption. Ultimately a conventional monitor/keyboard/mouse arrangement is far more cost effective than trying to turn your office into the bridge of the USS Enterprise. Although that would be insanely cool. But there is an alternative.

In truth, surface acoustic wave technology isn’t all that new. Indeed, ultrasound as a technology has been in use in a range of industries for decades. In terms of touchscreens, the technology works by projecting ultrasound waves across the surface of the screen. As you interact with the screen the soundwaves are interrupted, absorbing some of their energy. The screen’s controller chip is then able to determine where the screen was touched. However, tech firm UltraSense Systems have improved the technology so you can turn almost any surface into touch control. Like your desk. Or your coffee table.

Measuring a mere 1.4 x 2.4 x 0.49 mm (roughly the size of the tip of a pen) the TouchPoint ultrasound sensor is capable of working on metal, glass, wood, ceramics and plastic. Making it suitable in most commercial and domestic environments. But that’s not all that exciting because existing touch technologies operate in those environments already, so barring greater ubiquity, that’s not too impressive. The TouchPoint can operate in the presence of moisture, oils and dirt which means this technology could be utilised in industries and environments that haven’t previously been practical. The device can be attached to anything from industrial machines to military equipment in order to make devices easier to use. Because the ultrasound waves can be projected onto a surface of any thickness, the applications are very wide ranging. Unit leaders should have wrist mounted interfaces that can work almost anywhere. As they don’t need to ‘touch’ the screen there are no problems around glass breaking or the interface being so we protected the convenience of touchscreen has been all but lost. Moreover, it can operate just as efficiently in arid conditions as tropical ones- that could prove, strategically and tactically speaking, very useful. Similarly in a factory, there are no keyboards to damage, just a screen and no one has to remove and safety equipment in order to use it properly. 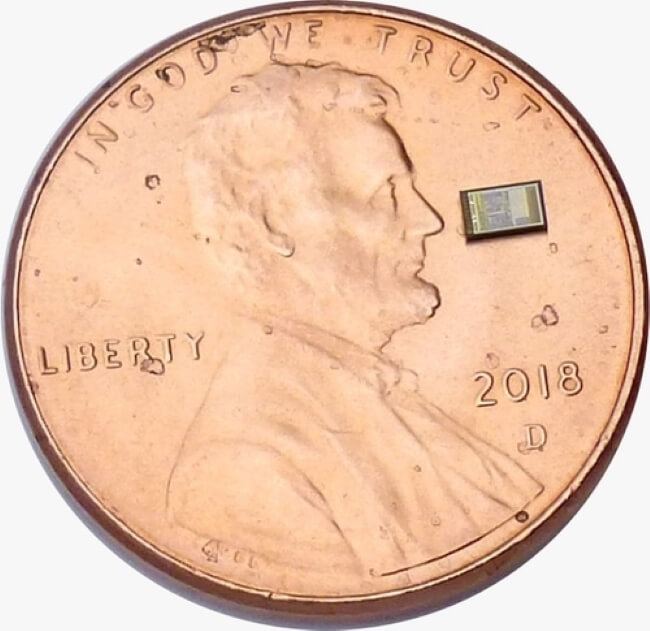 There is a catch, the chip’s minuscule size means - according to UltraSense - a single sensor can only eliminate a single mechanical button, therefore, in order to input multiple commands, multiple sensors will be required. But in order to prevent heavy load on the host device’s processor, each sensor has been designed to operate independently, with all its own processing power this means it can just relay inputs, so it’s easier to install. If the technology works as UltraSense Systems claims, this could, in theory, could make technology like tablets and hybrid laptops far cheaper to produce. Simply because the existing, complex technology can be replaced with a series TouchPoints around the screen. Unfortunately, despite the innovation, we’re a little way off Star Trek levels of interactivity. Because the technology requires (potentially) hundreds of sensors to be placed around the desired surface, turning your coffee table into a keyboard isn’t going to happen any time soon. Supposedly the next step would be to produce TouchPoint ‘frame’ that could be placed around an object to make that - permanently or temporarily - a touch interface. After which we can expect to see wirelessly enabled (and wirelessly charging) smart tables entering the furniture markets. Capable of syncing with your TV, computer, games console or whatever, allowing you to input commands as if you were sat in mission control.

Phosphorene batteries expected to realise a 50% bump in energy capacity