Plessey has announced the results from a trial of its LED grow lights combined with existing high-pressure sodium (HPS) lighting in a hybrid installation with a leading tomato grower in the Netherlands. The seven-month trial, managed by Maarten Klein, Plessey’s Head Agronomist, has been running since the end of November 2016 at Gebr. Koot BV of the Prominent Group, to assess the benefits of adding LED to existing HPS lighting compared to just using HPS lamps. The tomato variety tested was Brioso and the existing HPS light intensity of 150 micromoles/s/m² was supplemented with an extra 58 micromoles/s/m² of Plessey LEDs to achieve 208 micromoles/s/m². By the end of the trial, an extra yield of 9.4% (3.28kg per m²) was achieved with a slight increase in average weight per tomato for the hybrid LED/HPS installation compared to the control area with HPS lighting alone. The increase in yield was possible because the plant load allowed more fruits per truss without losing plant strength. It is likely even higher yields are achievable by increasing greenhouse temperatures to take advantage of the increased potential in the crop. Adding the LED light fixtures to existing HPS lighting system in a hybrid installation allows growers to give greater light intensity to their crop, for longer periods, with little extra heat to manage in the greenhouse. The plants continue to get radiant heat from the HPS lights but also gain the advantage of light wavelengths unique to the LEDs being used, including far-red, hyper-red and blue spectrum light. The company’s LED fixtures are at least 40% more efficient in energy consumption than HPS fixtures. Jonathan Barton, Plessey’s director for Grow Lights, commented, “We are very excited about the results of the LED/HPS hybrid installation achieved with such an experienced tomato grower as Geert Koot. This provides clear evidence of the opportunity for growers to add our LED lights to their existing HPS lighting to boost yields and contributes to the growing weight of scientific research into LEDs.” The grower, Geert Koot, observes: “At the beginning of the trial, the crop looked healthy in both lighting environments but with the added LED illumination, the crop was stronger with thicker stems and more dark green leaves. The first trusses under the LED lighting developed later but the plant was stronger with higher crop potential, allowing an extra fruit to be carried on each truss.” 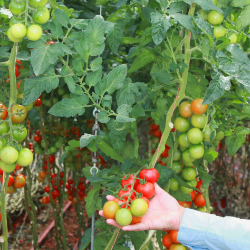 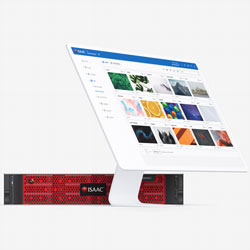 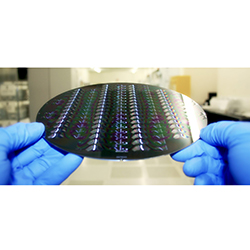 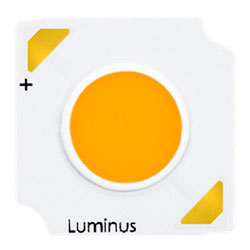 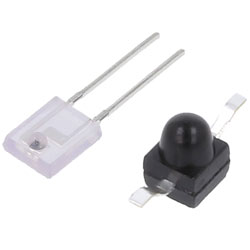