In this first instalment of “Ask The Experts”, we interviewed Travis Neumann, Special Projects Manager from Omnetics, about their Special Projects Lab, what challenges they face when designing custom connectors, and where connector technology may go.

Omnetics are a designer and manufacturer of both off-the-shelf connectors and customised connectors with over 30 years in the field. Initially starting out as a plating company, Omnetics has refined its ability to create custom connectors thanks to the development of rapid prototyping technologies, its own R&D division, and the sheer number of environments faced by Omnetics connectors. From the edge of space to the deepest oil well, Omnetics connectors can be found almost anywhere you look, and the continued advances in electronics will see Omnetics presence in the field of connectivity only increase.

As such, it would be fair to say that Omnetics are the experts in connectors; we decided to dig deeper into the world of specialist connectors, the challenges they face, and where the technology may go. 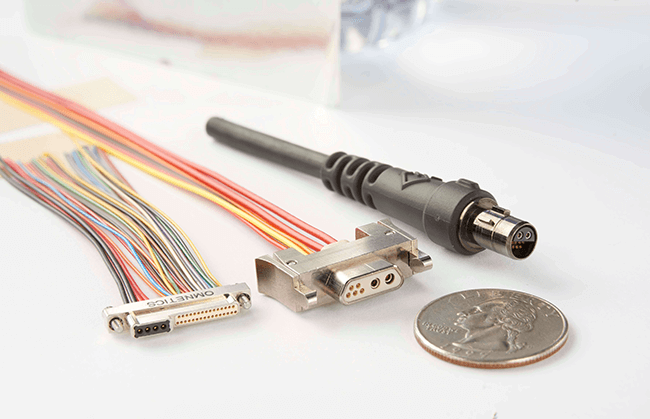 So, what is it that Omnetics does?

Omnetics are a custom connector manufacturer of Micro-miniature and Nano-miniature high-reliability electronic connectors and interconnection systems primarily focusing on micro and nano military-grade connectors based on MIL-STD-83513 and 32319. Taking these commercial off the shelf (COTS) form factors, we create connectors based on customer specifications, whether it is custom pin counts, current and voltage requirements, operating temperature ranges, or vibration. Overall, as we like to say, we make connectors for environments from heaven to hell, meaning our connectors are used in space, aerospace, medical, defence, oil, and gas applications with a focus on ruggedised designs.

What is the Special Projects Lab?

Our Special Projects Lab is a division that is designed to be as fluid as possible where we can accommodate any need of customers. In fact, we had one case where a customer required a high-voltage connector able to withstand 1200V, which we started with an off-the-shelf design. The unique requirements of the connector saw us having to develop new tests, and not only were we able to achieve this voltage target, we actually were able to exceed it to 4000V. We also work with prototype designs that heavily rely on rapid prototyping technologies such as 3D printing, as well as developing manufacturing processes for the mass production of a connector.

All designs go through iterations and rely on communication between our customers and us. Depending on the exact requirements, it starts with a conversation between our engineers and a customer who outlines what they need regarding the number of connectors, environmental factors, and electrical characteristics. From there, our engineers develop CAD drawings which are then discussed with our client. If the design is accepted, it will then go through our rapid manufacturing process that creates the connectors as if they were production parts. These are then rigorously tested both by Omnetics and the customer, and this will either start a new iteration of the design or go on to become the final product. 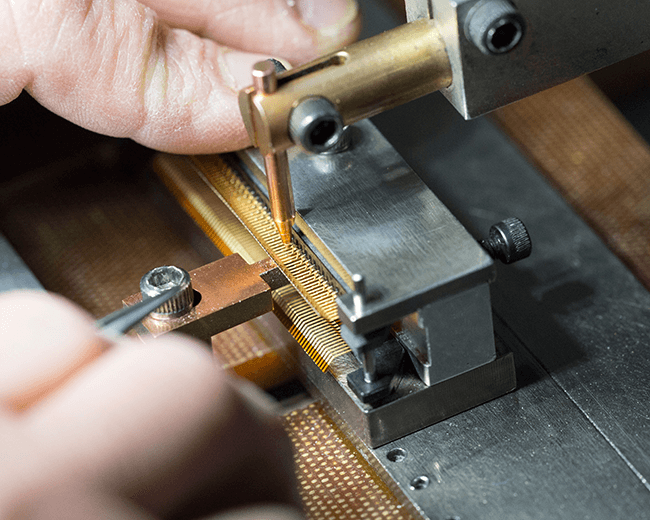 What advice would you give to new customers when considering a custom connector?

Primarily, always go off-the-shelf if possible, as this significantly reduces the complexity of the connector and taps into our existing research and development that we have already done. The use of off-the-shelf parts also introduces savings that can also be manufactured at speed. It also helps customers to stick to standard design materials commonly used in connectors as this allows for multiple vendors to source parts. Essentially, never tie yourself down to a single source that, if it disappears, a part can no longer be made.

What are the most challenging environments you have designed connectors for?

This is a hard question to answer as each environment faced by our connectors is uniquely challenging. For example, we recently designed a connector for use in a jet engine which is exposed to tremendous temperature variations and was difficult to develop. Still, on the flip side, we have also developed connectors for use in corrosive environments, which introduces very different challenges. As such, no one environment is the hardest to work in; all environments can be brutal on a connector in their own way.

What is the smallest connector you have worked on, and what challenges did that present?

Why have some technologies, such as D-connectors, lasted so long in the industry?

Reliability, it has everything to do with rugged reliability. If something isn’t broken, don’t fix it, and connectors such as VGA and D-Sub have proven time and time again their ability to work. Of course, as technology progresses, so does connector technology, but when it comes to applications requiring reliability, those that have been working for 40 years are an excellent choice. This can especially be seen in modern defence equipment, which, contrary to popular belief, will use equipment that is antiquated by modern standards, but this is because it has proven itself to work. But even though the physical form of such connectors is old, they are being introduced with new bus protocols, including USB.

How has rapid prototyping helped your company develop new products?

The introduction of rapid prototyping technologies allows us to do far more than what could be done 20 years in the past at a fraction of the cost and time. With the use of various 3D printers, including those manufactured by 3D Systems and FormLabs, we can draw up a CAD model of a connector, print the part, and have a functioning prototype overnight. Furthermore, we also use 3D printed parts as moulds for cable sheathing and connectors, which is significantly cheaper than having traditional metal moulds made on a CNC. In fact, the cost of 1KG of resin for the printer (which can be used to make hundreds of moulds) is less than getting a single mould made externally.

Where do you think connector technology will go?

One area of interest that we have seen is the increasing use of fibre optics, and future cables may likely integrate both optical and electrical parts. We have also seen a trend for customers to reduce the size of their connectors, especially with those moving from standard D-sub to micro D. The integration of ICs into connectors themselves will also be utilised for providing smart features, including tamper-proofing, signal conditioning, and signal verification, and this will be especially important with the increasing demand for larger bandwidths.

The conversation we had with Omnetics shone a light on the fields of connectors, which can often be overlooked. From the harshest environments found in space to the need for ruggedised connectors in the equipment used by the military, we learned that connectors play a critical role in everyday life. The ability of Omnetics Special Projects Lab to rise to any challenge is an excellent example of how modern engineering has changed to incorporate new technologies such as rapid prototyping, CAD, and testing.

ARM vs RISC-V: What Are the Major Differences?