Radiation risks from computerised tomography (CT) scans have been a patient worry for decades, and this is understandable given that a CT scan can use anything from 70 to 200 times the level of radiation compared to conventional X-rays.

It’s interesting then that CEA-Leti, a French government-sponsored technology research institute, has developed photon modules that when used in conjunction with a prototype CT scanner being developed by Siemens Healthineers (part of Siemens AG) showed a reduction in radiation that people would be exposed to.

Each CT scan delivers 1 to 10 mSv, depending on the dose of radiation and the part of the body being scanned. A low-dose chest CT scan is about 1.5mSv. The same test at a regular dose is about 7mSv.

These PCDMs are based on cadmium telluride (CdTe) which is a stable crystalline compound formed from cadmium and tellurium. It is typically used as the semiconducting material in cadmium telluride photovoltaics and an infrared optical window. It is usually sandwiched with cadmium sulfide to form a p–n junction solar photovoltaic cell. 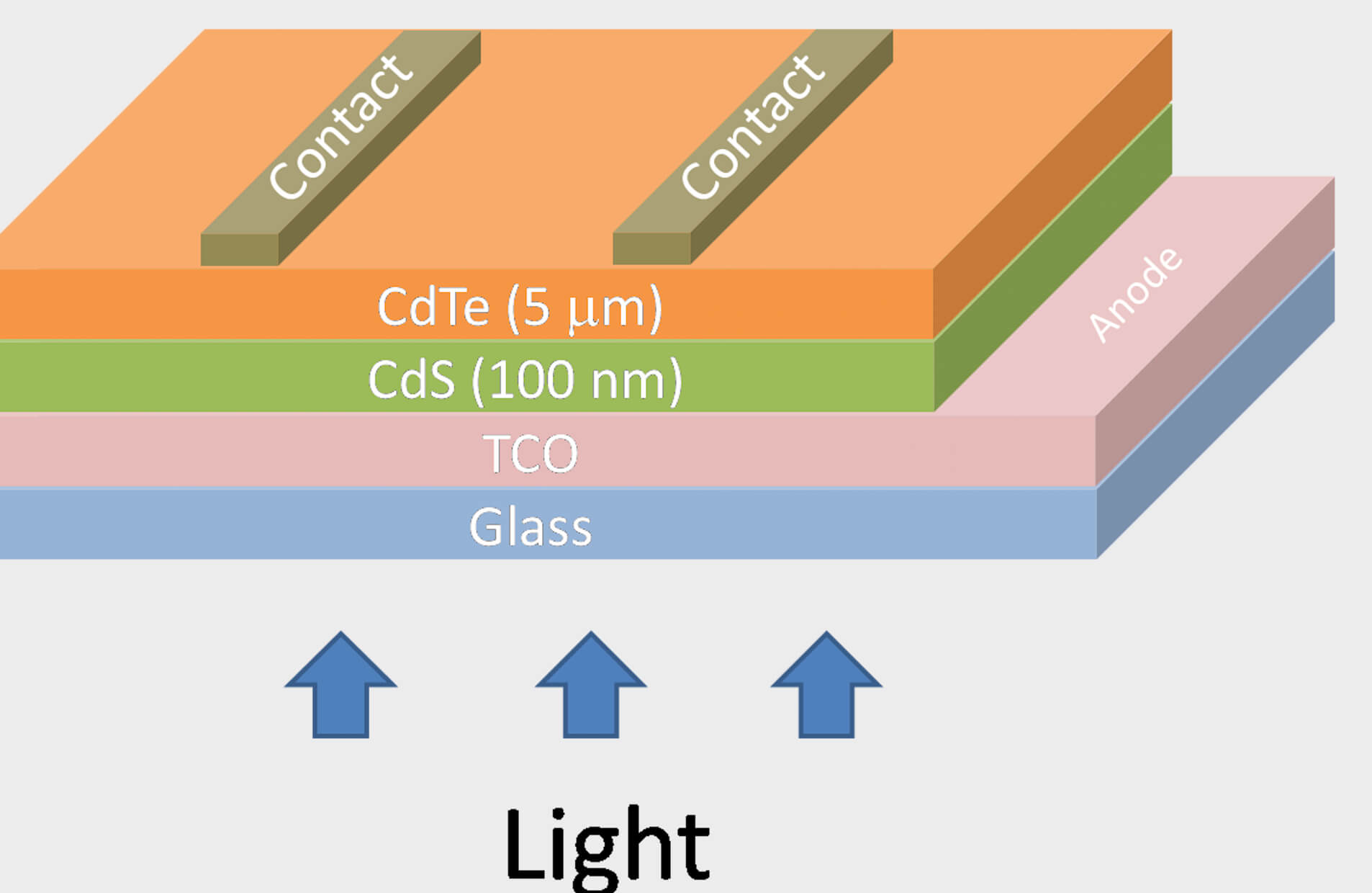 Typically, CdTe PV cells use an n-i-p structure which allows simultaneous acquisition of high-spatial-resolution and multi-energy images. Higher spatial resolution improves image quality by using a small-pixel size detector. The multi-energy specification provides colour images, compared to grey-level images of conventional detectors and allows a precise determination of the atomic number of any chemical elements present in the body.

Also, EIDs register the total energy deposited in a pixel during a fixed period of time without discriminating between low and high-energy photons. This produces a monochrome X-ray image that shows the density of the body’s organs. PCDMs count each photon which improves the contrast-to-noise ratio of the image. The energy classification of the detected photons can be used to produce a colour image that allows a precise determination of the atomic number of any chemical elements and can determine multiple contrast agents present in the body.

“The idea of Siemens Healthineers to integrate PCDMs in the future generation of X-ray CT scanners was new, and no available technology existed when CEA-Leti began working on this,” said Loick Verger, the industrial-partnership manager for X-ray imaging at CEA-Leti.

Verger explained that CEA-Leti used its simulation tools to design the geometry of the detector, chose a semiconductor-based on CdTe, designed the electronic readout circuit, and then was able to propose a reliable CdTe electronic assembly technology.

In an independent study, researchers at the Mayo Clinic in America evaluated Siemens Healthineers’ photon-counting detector system’s performance in phantoms, cadavers, animals and humans. Images of more than 300 patients produced with this technology consistently demonstrated the theoretical advantages of this type of detector technology because it yields several important clinical benefits.

There is no doubt that anything that reduces the amount of X-ray radiation that we absorb is a good thing and cuts the risk of biological cellular changes in our bodies. It’s understandable that we humans show great concern when it comes to the subject of radiation and our exposure to it and making CT scans safer is a very positive thing.  However, it’s good to keep things in proportion and studies in the US looking at the health risks of CT scan radiation have concluded that you are 24 times more likely to die in a road accident rather than through illness generated by CT scan radiation.

Wireless charging. It doesn’t really do what it says on the tin