RoHS – What is it, and why does it matter?

The Reduction of Hazardous Substances directive, of RoHS for short, is critical to products that wish to be sold in the EU market. What is RoHS, what chemicals are banned, and why does it matter?

What chemicals are banned under RoHS?

RoHS is sometimes referred to as the “lead-free” directive, but this is very misleading as there is a range of chemicals that are not allowed. Some of these chemicals are commonly found in common components of the past. The list of 10 chemicals that are banned include

Of all of these chemicals, Cadmium is a chemical of particular interest as this is one of the major components used in light-dependent resistors (LDRs). This is why when designing light-sensitive circuits, photodiodes should be used instead (as cadmium-free LDRs do not exist). While it is best to avoid these chemicals altogether, the directive states a maximum concentration in parts-per-million. All of the substances in the list cannot exceed 0.1% (or 1000 ppm), while Cadmium is further restricted to 0.01% (or 100 ppm).

Why is RoHS compliance important?

Conforming to the RoHS compliance is required by EU law when selling a commercial product. This is not dependent on the number of customers being sold to; even producing a single unique product for a customer must conform to RoHS. RoHS compliance is required for any product that wishes to bear the CE mark, which is another requirement for any product that wants to be sold in the European market.

An interesting fact relating to the CE mark; some believe that the Chinese CE symbol (which is incorrectly designed), stands for China Export. The truth is that the symbol does not mean China Export, and is simply an incorrectly drawn CE symbol.

What is REACH compliance?

REACH stands for Registration, Evaluation, Authorisation, and restriction of Chemicals, which describes an extensive list of restricted chemicals, and how they can be used in manufactured products. Essentially, REACH requires any manufacturer who wishes to import restricted chemicals in quantities over one tonne to register the substance(s) to the European Chemical Agency (ECHA). While a product can be sold that contains chemicals in the REACH list, manufacturers are required to disclose the use of the substances to those down the supply chain, often including the end customer. This allows consumers to be made aware of potentially dangerous chemicals that their product contains. While there are over 140,000 registered chemicals on the REACH list, some of the more famous ones include phthalates and brominated flame retardants; chemicals which were commonly found in older PCB materials (such as formaldehyde). REACH is generally not as relevant to small businesses producing electronic products, but distributors will often want a declaration of REACH conformity when redistributing a product.

The WEEE directive, which stands for Waste Electrical and Electronic Equipment, is an EU directive which is concerned with how manufacturers design their products with the intention of recycling, and how recycling options need to be made available to customers. The WEEE directive splits appliances into ten different categories and then describes how materials can, or should, be made to be either resalable, recyclable, and disposables. The directive also lays out targets for collection, recycling, and recovery targets, with an aim for the EU to recycle 85% of electronics waste, and for 4KG of electronics to be recycled per person per year. Affixing the WEEE logo to a product often implies that an electronics product should be sent back to the supplier for recycling or taken to a recycling centre instead of being disposed of in the trash. 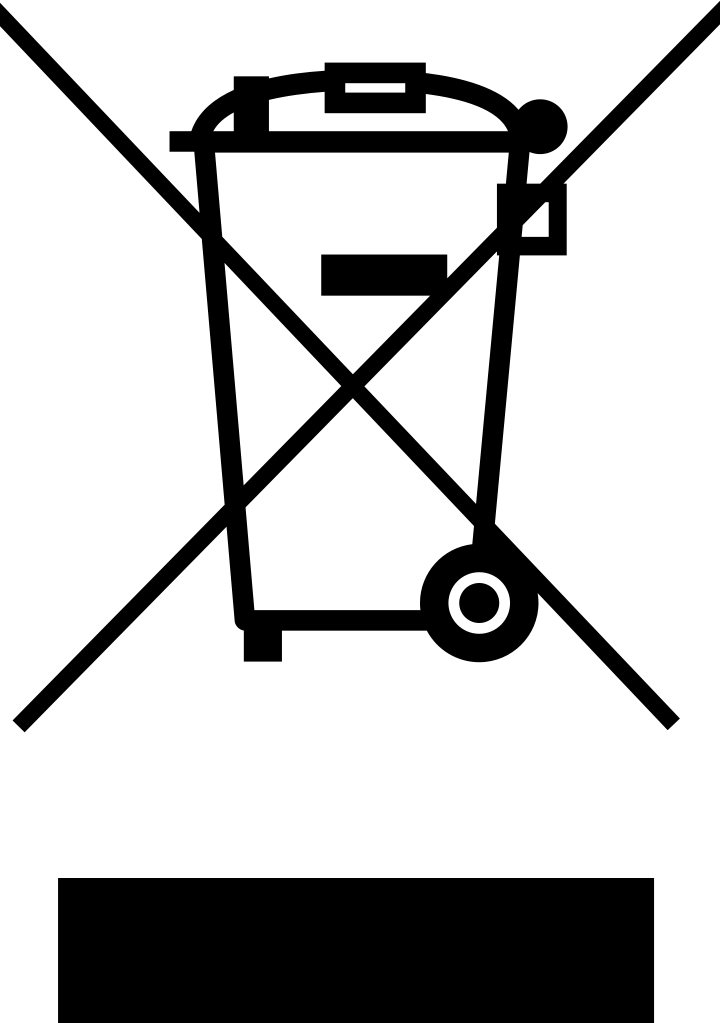 Should makers follow RoHS, and should lead solder be avoided?

While individuals can own and use chemicals forbidden in the RoHS and REACH directives, it is safer to conform to the regulations. The use of lead-free solder will undoubtedly cause some issues, as lead solder is superior in performance (lower operating temperature, better flow, and more robust mechanical connections). However, the use of lead can lead to conditions including heavy-metal poisoning over time, and those who live with children or pregnant women can put these individuals at risk (albeit somewhat small). It is also worth noting that the use of extractor fans is designed to prevent the inhalation of flux fumes and not lead fumes, as lead cannot be transported in any sizeable quantity by flux fumes. If lead solder is to be used, then appropriate measures such as washing hands after use, and keeping edibles away from any workstation should be sufficient for personal safety.

However, only using RoHS components is highly beneficial for several reasons. The first is that the use of non-RoHS components can limit what type of project can be constructed. For example, the use of non-RoHS components in a project that handles consumables (such as an automatic drink dispenser), runs the risk of contamination. Using only RoHS-compliant parts also helps when designing a project that may have commercial potential; if the project is successful, then RoHS compliancy is already assured which is a requirement for any product sold in the EU market.

Graphene sales set to boom but will Stanene spoil the party