The COVID-19 pandemic has seen a large number of companies operate remotely while seeing minimal changes to revenue. How will remote work help companies in general, and what technologies do we need to upgrade to enable as many as possible to work from home?

Workers of the Future

Imagine the year is 2100, and a group of friends are meeting up in a café. One of the members complains about how their internet connection was briefly disrupted during a service upgrade while the others look in horror with the thought of living without the internet. The conversation changes from the ordeal of no internet for several minutes to how people lived in the past with no internet. However, what will be alien to the group is not those who lived in the Victorian ear (being a technologically undeveloped time), but when many around the world had internet, and still went to an office. 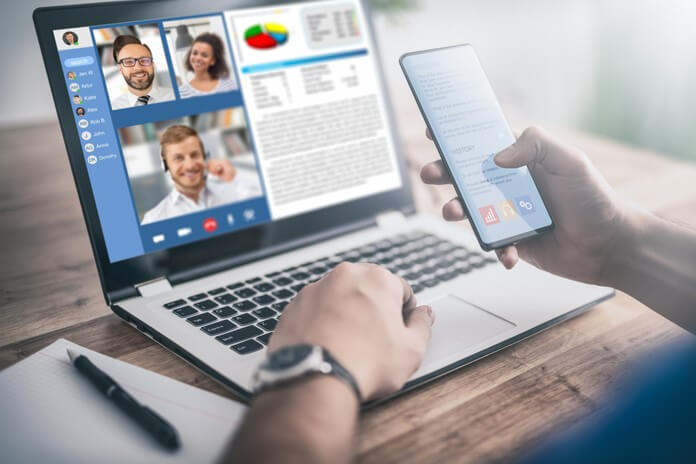 The COVID-19 pandemic has seen a paradigm shift in the global workforce with many companies recognising the advantages of remote working. Now that we are beginning to see the light at the end of the COVID tunnel, businesses are asking themselves if employees should even bother returning to their old office spaces. For example, Fujitsu has announced their latest workers programmed called Work-Life Shift, which gives workers who live out in the countryside flexible hours as well as priority to work from home. But what technologies are needed to allow for this, and are modern infrastructure projects going the wrong way?

What is Internet Infrastructure?

The ability to work remotely is heavily dependent on the ability to access resources from a remote location, and this means that, of all services, internet access is the most crucial. But being able to access office resources is just the start, communication needs to be made as natural as possible. One of the advantages of working in an office is that workers can take advantage of the most fundamental form of communication; body language. This is why most business meetings are done in person as it allows each part to gauge someone’s emotion and feelings based on how they stand, move their arms, and change their facial features.

This is where video conferencing comes in as the widely established technology allows for those in a conference to see each other and thus gauge their reactions. However, such technology is reliant on high-speed internet, which is something that is still yet to be widely distributed. Other technologies that can dramatically help with communication would be virtual reality whereby office workers can join meetings, and get the impression that they are standing in front of someone instead of just seeing them on a flat-screen. Augmented reality provides works with the possibility to have a home office whereby users can virtually walk by giving the impression that they are apart of a team as well as being able to directly content members without having to wait for replies from emails. It is clear that internet infrastructure is essential in a remote-working topology, but what technologies allow for this, and what current infrastructure projects are not helping this cause?

One project that comes to mind is High-Speed Rail 2, or HS2, which can be argued to be one of the most pointless projects to date. The idea behind HS2 is to create a high-speed connection between London, the financial centre of the UK, and the North of England (Manchester, Liverpool etc.) to provide better opportunities for those in the north. However, assuming that companies continue with the trend of remote work, then the idea of physically moving people from one location to another becomes ludicrous. This problem is amplified when the project cost is taken into account with the last estimate putting at over £100 billion. If the same amount of money was used to install a dedicated world-class internet connection using the latest technology, then a high-speed connection could be formed allow for millions of users in the north to do remote work for companies established in London. Not only would this help with the redevelopment of the north, but money from the project could also be used to invest in getting all homes in the UK connected via fibre optics regardless of location. This would help to redistribute the value of homes as the importance of living in the centre of a city would significantly reduce. A worker who can live by the cost on an island while working for a company in London is probably not going to move to London.

Another infrastructure project that may make remote work a global reality is Star-link. Star-link is an internet project created by Elon Musks SpaceX which aims to put thousands of satellites in orbit to provide internet services to all locations globally. The low orbit of the satellites helps to reduce latency to less than 100ms, making it ideal for games, video conferences, and VR. Some have complained about the impacts on the night sky with always visible satellites, but when considering that technology has to move forward, as well as the effect on the environment from mass traffic, a few moving dots in the night sky is not a big sacrifice when it gives millions around the world significantly better living standards.

Remote work is the future for work, and letting people live in any location not only helps individuals financially but also provides people with better living conditions. However, for this future to become a reality internet infrastructure needs to be dramatically improved. How this is done is up to internet service providers, but my money is on Star Link as it requires no physical connections to be constructed and is easily upgradeable.

PowerPoint somnolence - there is a cure

Polaritons Could Save OLED Televisions from Early Death