OLED vs LCD vs LED vs TN vs IPS vs VA

When it comes to display technologies such as projectors and panels, factors such as resolution and refresh rate are often discussed. But the underlying technology is equally, if not more, important. There are tons of different types of screens, from OLED and LED to TN, VA, and IPS. Learn about the various monitor and television types, from operation to pros and cons!

What is an LCD? 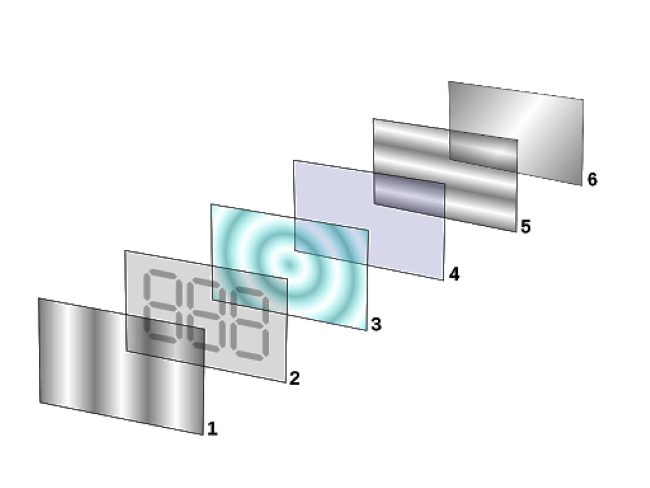 The most common form of monitor or TV on the market is LCD or Liquid Crystal Display. As the name suggests, LCDs use liquid crystals that alter the light to generate a specific colour. So some form of backlighting is necessary. Often, it’s LED lighting. But there are multiple forms of backlighting.

LCDs have utilized CCFLs or cold cathode fluorescent lamps. An LCD panel lit with CCFL backlighting benefits from extremely uniform illumination for a pretty even level of brightness across the entire screen. However, this comes at the expense of picture quality. Unlike an LED TV, cold cathode fluorescent lamp LCD monitors lack dimming capabilities. Since the brightness level is even throughout the entire array, a darker portion of scenes might look overly lit or washed out. While that might not be as obvious in a room filled with ambient light, under ideal movie-watching conditions, or in a dark room, it’s noticeable. LED TVs have mostly replaced CCFL.

An LCD panel is transmissive rather than emissive. Composition depends on the specific form of LCD being used, but generally, pixels are made up of subpixel layers that comprise the RGB (red-green-blue) colour spectrum and control the light that passes through. A backlight is needed, and it’s usually LED for modern monitors.

LCD TV: Uses liquid crystals with some form of backlighting, either LED or CCFL

What is an LED TV? 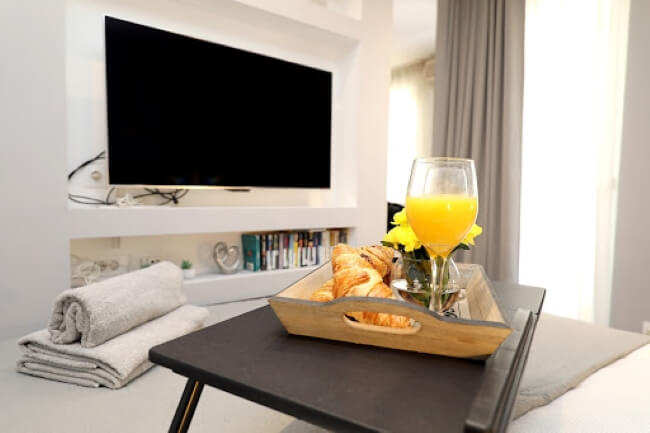 While many newer TVs and monitors are marketed as LED TVs, it’s sort of the same as an LCD TV. Whereas LCD refers to a display type, LED points to the backlighting in liquid crystal display instead. As such, LED TV is a subset of LCD. Rather than CCFLs, LEDs are light-emitting diodes or semiconductor light sources which generate light when a current passes through.

LED TVs boast several different benefits. Physically, LED television tends to be slimmer than CCFL-based LCD panels, and viewing angles are generally better than on non-LED LCD monitors. So if you’re at an angle, the picture remains relatively clear nonetheless. LEDs are also extremely long-lasting as well as more energy-efficient. As such, you can expect a lengthy lifespan and low power draw. Chances are you’ll upgrade to a new telly, or an internal part will go out far before any LEDs cease functioning.

What is a TN Panel? 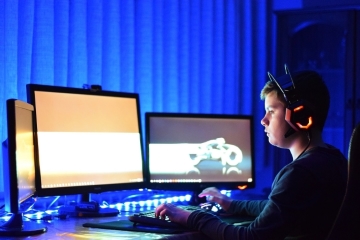 What is a TN screen panel: A type of LED that uses twisted nematic liquid crystals

What is an IPS Monitor? 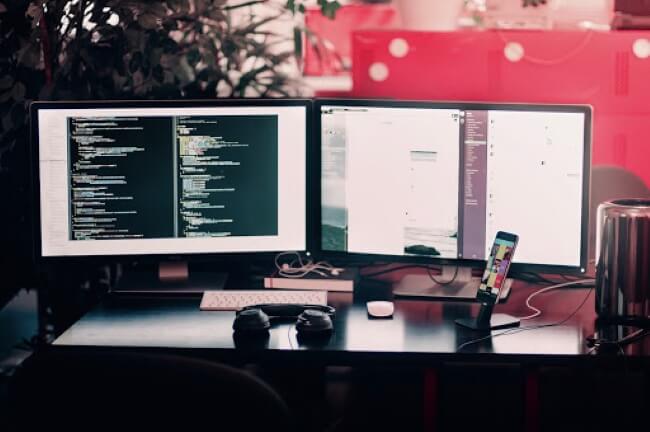 Like TN, IPS or In-plane Switching displays are a subset of LED panels. IPS monitors tend to boast accurate colour reproduction and great viewing angles. Price is higher than on TN monitors, but in-plane switching TVs generally feature a better picture when compared with twisted nematic sets. Latency and response time can be higher on IPS monitors meaning not all are ideal for gaming.

What is an IPS monitor: In-plane switching is a type of LED monitor where liquid crystals line up in parallel rather than being at right angles.

What is a VA Panel?

A VA or vertical alignment monitor features excellent contrast ratios, colour reproduction, and viewing angles. It’s a type of LED monitor with crystals perpendicular to the polarizers at right angles like TN monitors. Pricing varies, but response time isn’t as high as a TN monitor.

What is a Quantum Dot TV - QLED TVs Explained 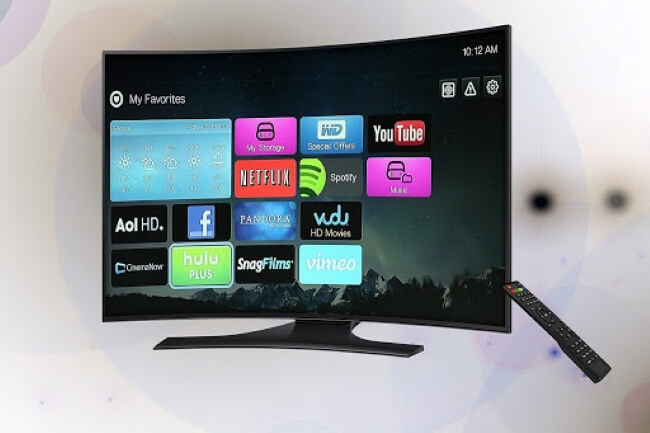 A quantum dot LED TV or QLED is yet another form of LED television. But it’s drastically different from other LED variants. Whereas most LED panels use a white backlight, quantum dot televisions opt for blue lights. In front of these blue LEDs sits a thin layer of quantum dots. These quantum dots in a screen glow at specific wavelengths of colour, either red, green, or blue, therefore comprising the entire RGB (red-green-blue) colour spectrum required to create a colour TV image.

What is an OLED? 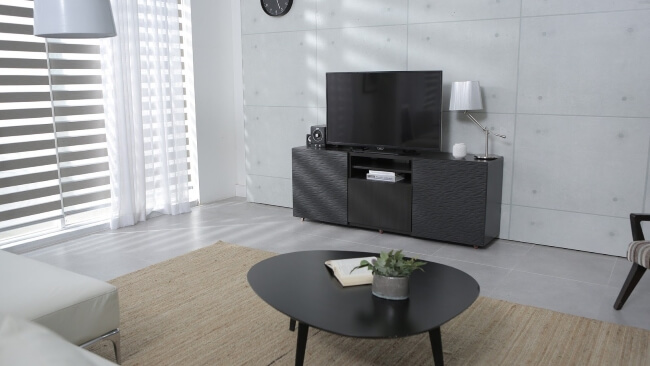 An OLED or organic light-emitting diode display isn’t another variation of LED. OLEDs use negatively and positively charged ions for illuminating individual pixels. By contrast, LCD/LED TVs use a backlight that can make an unwanted glow. In OLED display, there are several layers, including a substrate, anode, hole injection layer, hole transport layer, an emissive layer, blocking layer, electron transport layer, and cathode. The emissive layer comprised of an electroluminescent layer of film is nestled between an electron-injecting cathode and an electron removal layer, the anode. OLEDs benefit from darker blacks and eschew any unwanted screen glow. Because OLED panels are made up of millions of individual subpixels, the pixels themselves emit light, and it’s, therefore, an emissive display as opposed to a transmissive technology like LCD/LED panels where a backlight is required behind the pixels themselves.

Image quality is top-notch. OLED TVs feature superb local dimming capabilities. The contrast ratio is unrivalled, even by the best of QLEDs, since pixels not used may be turned off. There’s no light bleed, black levels are incredible, excellent screen uniformity, and viewing angles don’t degrade the picture. Unfortunately, this comes at a cost. OLEDs are pricey, and the image isn’t as bright overall when compared to LED panels. For viewing in a darkened room, that’s fine, but ambient lighting isn’t ideal for OLED use.

What is an OLED: Organic light-emitting diode display, non-LED. Emissive technology is where negatively and positively charged ions illuminate individual pixels in a display.

As you can see, there are tons of different types of displays, each with their advantages and disadvantages. Although many monitors and TVs are referred to by different names like LED, IPS, VA, TN, or QLED, many are variations of LCD panels. However, specific technology such as the colour of backlighting and alignment of pixels dictates the picture quality. OLED is an entirely different form of display that’s not LED. Now that you understand the various types of monitors and televisions on the market, you can select the best TV to fit your needs!

Your turn: What panels do YOU prefer?