3D printing has become increasingly popular. And thanks to falling prices, high-quality budget 3D printers are available for everyday home use. Generally, 3D printing conjures up either filament-based (FDM) or resin (SLA) printers. However, outside of residential and even most commercial 3D printing purposes, 3D printing impacts biomedical sectors. Learn what 3D bioprinting is, how it’s used, and why it’s poised to disrupt medical engineering.

What is 3D Bioprinting?

3D bioprinting is a process that employs 3D printing for biological processes such as combining cells or biomaterial to thereby create an item that features tissue properties. Similar to non-biomedical 3D printing, it’s a process wherein material, in this case, biological rather than filament or resin, is deposited layer by layer comprising biolinks. These tissue-esque formations may then be used for various applications within the biomedical field.

It’s broken down into a few different steps. First comes pre-bioprinting which is essentially a 3D modelling stage. Often, a biopsy is required as a preliminary procedure. Typically a tomographic reconstruction is performed to prepare for a layer-by-layer printing process. Since biological material is being used rather than resin or filament, it’s necessary to multiply as well as isolate specific cells that are then mixed up with substances such as oxygen and nutrients. This basically allows biomaterials to be printed. 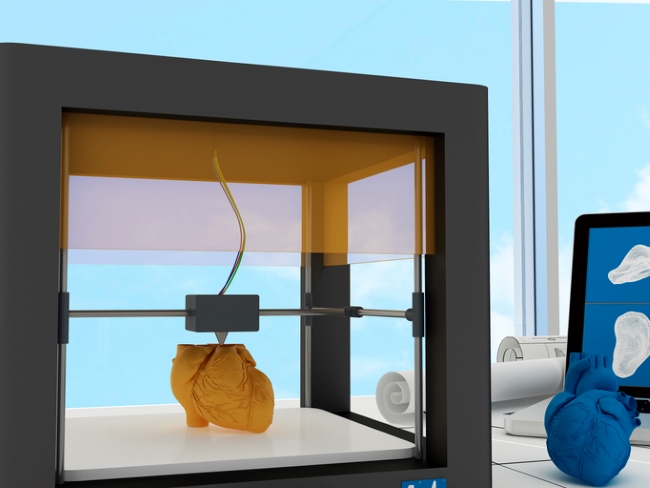 Next comes the bioprinting itself. Similar to food 3D printing, a liquid mix of cells and nutrients is loaded up and printed. Pre-tissue printing requires an incubator. Cells are then deposited layer-by-layer but rather than using a standard built platform or build plate, 3D bioprinting instead opts for a special biocompatible scaffolding.

After printing comes post-processing which varies based on the type of printer. FDM usually requires very little post-print processing, while prints need a lot of messy post-processing. Post-bioprinting is quite involved. Because organic material is being used, it needs to remain stable, just as an organ transplant requires a stable post-transplant environment.

How Biomedical 3D Printing is Poised to Revolutionize the Healthcare Industry

Ok, but why would the medical sector utilize 3D printing? It’s important for several reasons. First, 3D printing provides a valuable tool for visualization. Doctors may 3D print, to scale, what appears on a CAT scan for instance. That way, scale models may be viewed before performing surgery. In fact, website Embodi3D, one of the best and most unique 3D printing websites around, is dedicated to biomedical 3D printing.

3D printing organs is possible too. A heart was 3D printed in the name of science. And from human cells no less. But This wasn’t the sort of heart capable of being transplanted successfully. It used biolinks and took around 3 or 4 hours to print. 3D printed organs and human tissue are beneficial for the likes of drug and medical testing. Companies such as Organovo seek to bioprint human tissue for disease prevention. 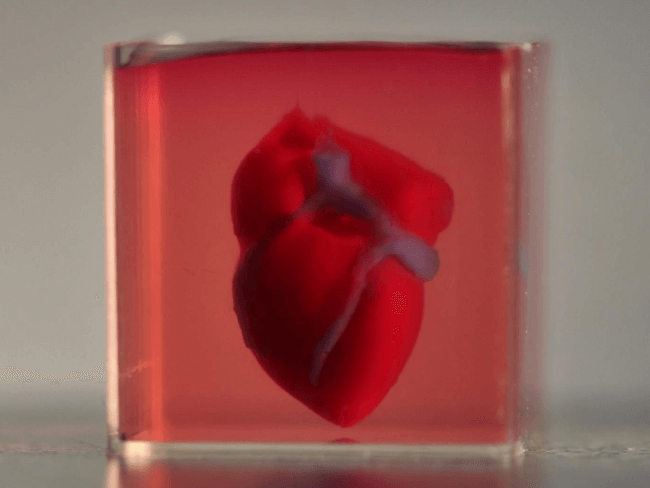 Scientists 3D printed a heart the size of a rabbit's using human tissue.

Another arena where biomedical 3D printing offers its usefulness is in prosthetics. 3D printing has actually aided in customization for knee replacements. UNYQ Align 3D printed a back brace, a neat and useful example of 3D printing. As prosthetics become more advanced technologically, expect to see 3D modelling, design, and printing increasingly used in medical professions.

3D printing might not be commonly associated with medicine. But from biomedical 3D printing that uses organic tissue to 3D printed prosthetics like back braces, 3D printing continues to seep into medical use. That should come as no surprise. With bioprinted organs and tissues, scientists could begin to migrate away from animal testing. Surgery might be easier to practice with scale models. And prosthetics may be cheaper and easier to design and customize, as well as print on demand.

How have you seen 3D printing revolutionise the medical world?

The BYOD ethos is a corporate cyber attack waiting to happen