Hydrogen is abundant in the universe. It can be found - in one form or another - anywhere you care to point a telescope. Here on Earth, it can be found easily enough but not in its natural state. It is, rather inconveniently, bonded to other things. Like oxygen. This makes it expensive to produce but no less useful. Indeed it has been speculated that hydrogen may hold the key to a future of clean, sustainable energy. Although compared to the fusion it’s difficult to see how. Regardless, one such use for hydrogen has long been theorised but never successfully tested. Synthesising hydrogen metal. Much theorised, hydrogen metal is believed to be the scientific equivalent of panacea. With supposed limitless applications, the ability to produce hydrogen metal in meaningful amounts could change the world. If it exists it could open up entirely new avenues in electronics, science, space travel, energy production and more. But the key word there is if.

What is Hydrogen Metal?

According to much of the scientific community, hydrogen metal is hypothetical. Many theorise that at the heart of gas giants, like Jupiter, the laws of physics dramatically alter. The extreme pressure at the heart of these planets causes hydrogen gas to compress to the point of becoming metal. The problem is that it has been - up to now - almost impossible to prove.  Largely because simulating the pressures at the heart of a gas giant is very difficult. Not least of all because we can only make an educated guess as to what those conditions are like. Much in the same way that we think Jupiter has a rocky core, we can’t yet be certain. However, according to the rules of quantum confinement hydrogen metal should exist. Specifically, if electrons are restricted enough in motion, the band gap closure will take place. For the last 80 years, attempts have been made to create hydrogen metal. At present, the only way to compress hydrogen atoms is with something called a diamond anvil. Which sounds like something straight out of a comic book. Diamond anvils can compress small, sub-millimetre, sized materials to extreme pressures. Usually around 100-200 gigapascals but it can achieve pressures of up to 770 gigapascals. 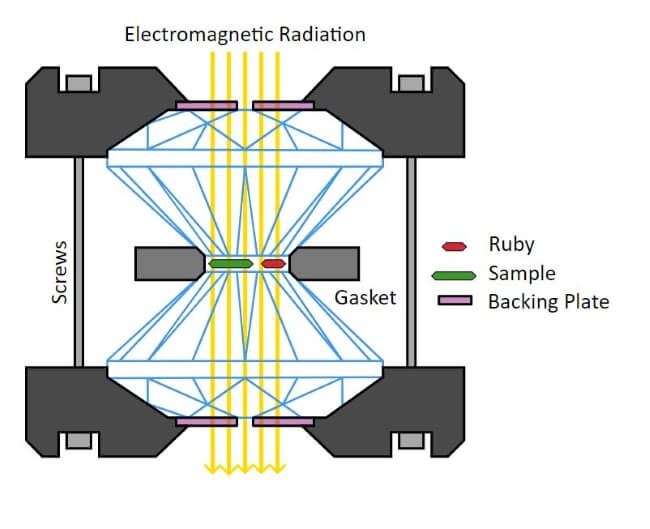 Schematics of the core of a diamond anvil cell.

Or 7.7 million atmospheres. Or 7.7 millions times that of our own atmosphere. A team of French scientists are now claiming to have successfully created this much sought after substance. They believe they have observed phase transition at close to 425 gigapascals of pressure.  Although the news has been met with some scepticism, many believe the breakthrough is genuine. The team from the French Alternative Energies and Atomic Energy Commission believe that the breakthrough was made possible by the shape of the diamonds used in the anvil. By using toroid-shaped diamonds they were able to push the anvil past 400 gigapascals. Using a spectrometer of their own design the team were able to determine that at 425 gigapascals the hydrogen was absorbing all the infrared radiation. This indicated that they had successfully closed the band gap, proving hydrogen metal could and did exist.

What can Hydrogen Metal be used for?

According to the experts, hydrogen metal has near limitless applications. Fairly obviously, scientists can use the material to study what the conditions are like within a gas giant. Without the time, expense and hassle of building and launching a probe. It also opens the doors to high energy physics research. Something that hasn’t been possible up to now without a super collider. So it makes science cheaper too. Granted, synthesising hydrogen metal isn’t cheap but it’s cheaper than building super colliders under mountain ranges.

A notable application is rocket fuel. Due to The Tyranny of the Rocket Equation, getting a rocket into space is both complicated and expensive. The equation works a little something like this: Because Earth’s gravity is quite significant, most of the rockets we launch into space are mostly carrying fuel. Therefore you need fuel to launch that fuel in addition to the weight of the craft. But then you need extra fuel to compensate for that fuel. Continue ad nauseam. 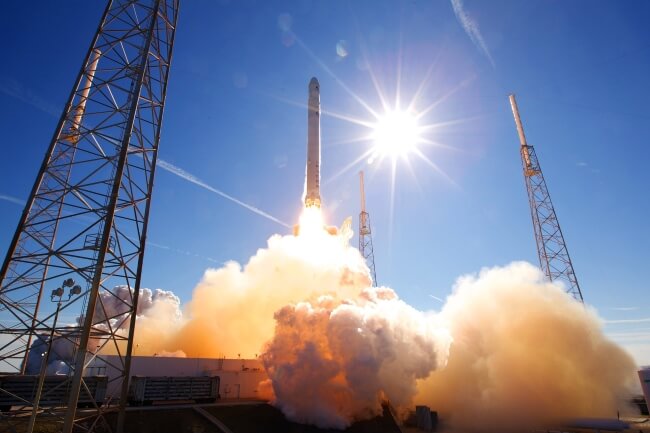 Hydrogen metal rocket fuel would be four times more efficient than traditional fuel, correcting that equation. Also, because hydrogen is abundant in space, there’s nothing to suggest we couldn’t synthesise fuel literally on the fly. Rockets would become cheaper too as they could only need one stage, instead of two. They could also carry bigger payloads meaning more involved missions. But the really exciting thing is hydrogen metal serves as a superconductor at room temperature. It conducts electricity without resistance and is also meta-stable. This means it is able to retain solidity when it returns to normal pressure. More significantly than that, the fact that there is no resistance means there is no loss of power. As much as 15% of energy is lost through transmission so by replacing traditional wiring with hydrogen metal, power plants could power cities far more efficiently than they do now. Solar and nuclear power plants could be built in the remotest parts of the world without losing a watt of power. Plus, because balancing the power would be so much easier, the entire grid could be interconnected without a loss. All of which should - in theory - make energy prices lower.

On a global scale, hydrogen metal could spark yet another leap forward in the electronics revolution. Due to the lack of electrical resistance, the metal can make computers more powerful. And supercomputers could become mind bogglingly fast. And that’s not even taking into account what it would mean for quantum computing and artificial intelligence. Having a highly stable superconductor would be incredibly useful. For all it’s many applications, hydrogen metal requires significant testing to determine whether or not it will decay when brought back up to room temperature. If so then the next step is to figure out how to stop that from happening. Once stable the next challenge is how do we produce it in quantities bigger than a millimetre? And how to do that cost effectively. If this can’t be achieved then the innovation will be consigned to the scrap heap of history along with so many other promising ideas.

If the tests prove successful could we be on the leading edge of a tidal wave of innovation?