Electrical Utilities are now generating Solar Power by the Hundreds of Megawatts.

There is a quiet revolution going on even now in solar power. Electrical utilities worldwide are installing huge solar power plants, making it that much less necessary to burn hydrocarbons, ruin ecosystems by damming rivers, or worst of all, building nuclear power plants.

Let’s take a look at some of the largest solar power plants in the US.

Located in Rosamond, California, the Solar Star’s peak output is 579 megawatts, which is comparable to what a fossil fuel plant burning oil or coal can produce. 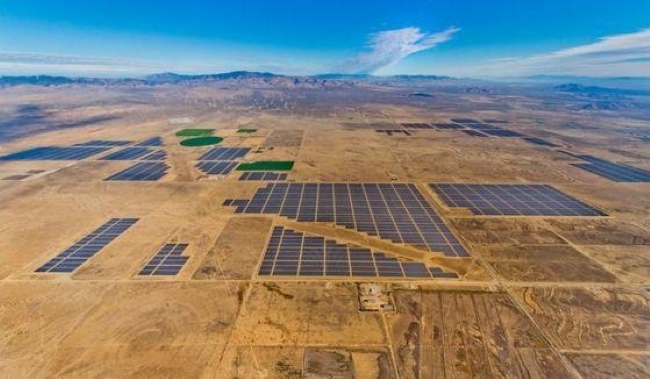 This Solar Star plant employs solar cells, so it is said to be a photovoltaic plant. Solar cells are semiconductor devices that convert sunlight directly into electricity. They are cheap and efficient and getting more so all the time. 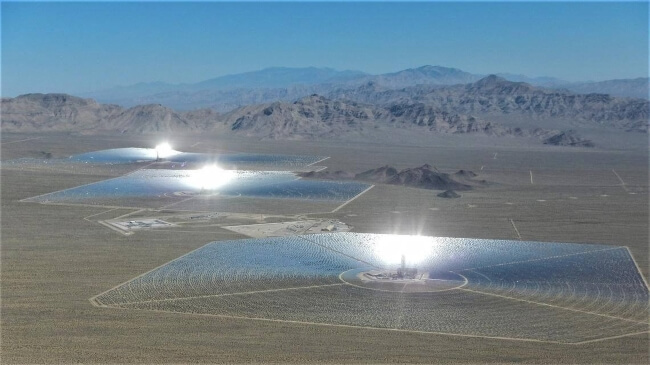 Ivanpah works differently. Mirrors track the sun and focus its rays on a receiver, which is used to boil water. The steam generated is used to power an electrical generator.

But it doesn’t end there! If the power grid can’t use all of the potential generated electricity, the surplus heat used to melt a special salt-based mixture, which can store that energy temporarily, converting it into electricity at night. More about storage later.

The Solana plant in Arizona can produce a peak of 289 megawatts.

Tengger: the biggest solar plant in the world!

This Chinese giant’s output is said to be over 1,500 megawatts. According to NASA, it occupies 17 square miles. It is an all photovoltaic, which seems to be the trend going forward. But, the electrical grid in China is still underdeveloped, and NASA reports that remotely located plant often has to be “curtailed”, because there isn’t always a clear electrical pathway to distant population centres. 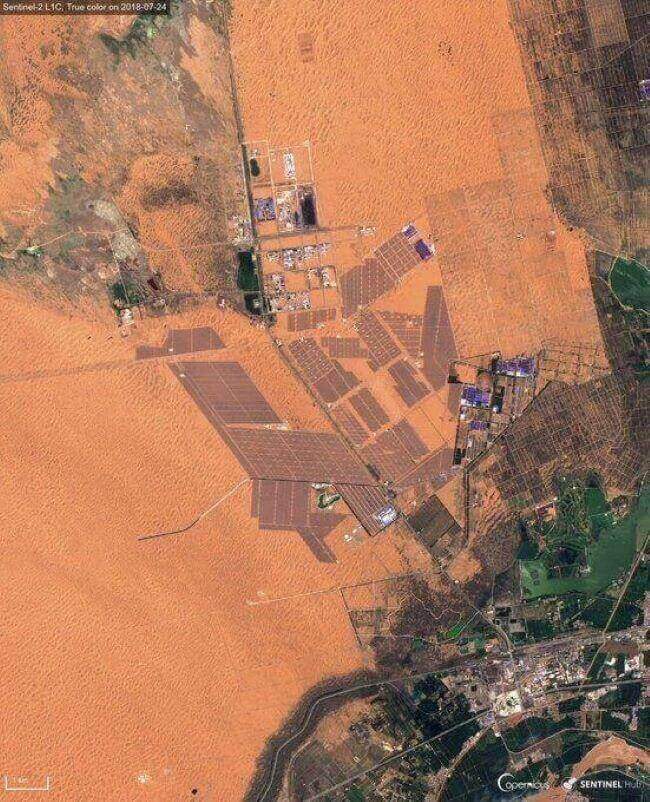 But as NASA points out, China may not hold the record for long, as massive projects are being planned in India, the United States, and elsewhere.

When the Sun Doesn’t Shine

But there is still the problem of nighttime. A solution that is starting to emerge is to team up solar plants with natural gas-based electrical generation. The advantages of gas are threefold

But, why burn hydrocarbons at all?

Putting it another way:

For those who prefer scientific notation:

This is an important distinction. By blurring this difference, unscrupulous writers will attempt to trick you. Uninformed writers will waste your time.

Say you generate 1 megawatt of excess power for 5 hours that you want to store. That’s 1-megawatt times 5 hours = 5 megawatt-hours.

But it’s not Quite True

The sad fact is that the sate of the art of electrical storage is very poor. Most methods yield on the order of 20 watt-hours back for every 100 watt-hours you put it. That’s only 20%! How would you like a savings account where you can only withdraw $20 for every $100 you put in?

Scientists around the world are working on this problem. In the US, Europe, China and Japan, this issue is on the top of the list. And, they are even hotter on the trail of designing a battery for electric vehicles that can charge up fast enough to satisfy the world’s busy drivers.

This will be a development that will change the world and will end the age of oil.

Keep your eyes peeled to these pages, as these will be the topics will be coming up on the Insights.