Electric (zero emission) vehicles are becoming an increasingly common part of our lives. According to the World Economic Forum almost half of all new cars sold in Norway were electric. In second place was Iceland with a paltry 19%. The UK crept in at tenth place with a lowly 2.53%. So more common in some places than others.

However, that number is growing in no small part to automotive companies waking up to the mood of the consumer. Which - in light of the Extinction Rebellion and other anti-climate change movements - couldn’t be more obvious.

They want change and they want it now.

This has been further spurred on by a recent report that suggests automotive companies have been complicit with big oil in frustrating climate change legislation. Laws that would impose stricter emission standards, among others.

The world wants zero emission cars and with battery technology improving with every passing year, it seems inevitable that electric cars and eVTOL aircraft are the future. The problem is...batteries aren’t all that good.

What are the Ethical Issues with Lithium-Ion Batteries?

Battery technology has issues. Not least of which is the process of making lithium-ion batteries suitable for use in cars is both expensive and complicated.

It also requires the use of cobalt. A rare and highly prized chemical that is found primarily in the Democratic Republic of Congo.

Anyone who knows their history - or has access to a decent search engine - will know that the DRC’s history has been littered with violence and the slaughter of millions. Although enjoying an uneasy peace, there are dissident elements that could use the burgeoning cobalt trade to fund their anti-government agenda much in the same way conflict diamonds did in the past.

This is made worse by virtue of Canada, Zambia, Australia and Brazil are all hoping to break into the market too - having discovered rich deposits themselves.

This will inevitably result in a race to the bottom with countries like the DRC - who already have an appalling human rights record - putting lives and the environment at risk in an effort to maintain market share.

Although the environmental impact is already an issue. Lithium-ion batteries are extremely hazardous. So much so they have overtaken lead-acid (car) batteries as the most dangerous battery on the open market.

The reason for this is two fold. The first is that the liquid electrolyte used is highly toxic. This makes recycling used lithium-ion batteries both expensive and time consuming.

Although the poor shelf life of lithium-ion batteries more or less eliminates a second hand market, making recycling them really the only choice.

The second reason is the electrolyte is also volatile, which makes it prone to thermal runaway. Or exploding/bursting into flames in layman's terms. This is hardly something you want in your £80,000 Tesla or if you’re 10,000 feet up in a battery powered eVTOL flying taxi.

Such is the severity of lithium-ion battery fires is such that they can burn for days - and can even burn underground. The smoke is also fluoride gas, which is lethal.

Limitations in the Industry

Despite the ethical and environmental impact of the lithium-ion battery industry, these seem to be the go-to batteries not just for the likes of Tesla and Nissan but for the emerging eVTOL market too.

To the uninitiated - roughly 150 different businesses around the world are developing their own take on the flying car. In the mix are names one would expect - including Rolls Royce, Airbus, Boeing, Audi and even Aston Martin.

However, the ones to watch are plucky startups like Lilium and Volocopter. Both are making impressive inroads and will be in a position to bring their respective visions of the future to market within the next few years. 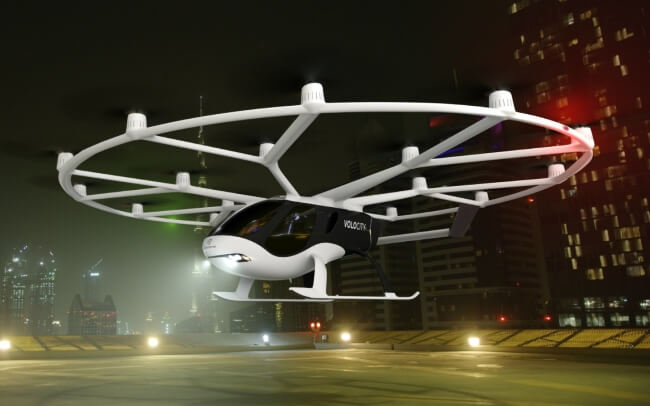 Except that vision of the future will likely only get you a hundred miles or so before they need to land and recharge.

One of the claims coming from this emerging market is that the eVTOL craft will be able to travel over 400 miles on a single charge. This is spurious at best. The amount of energy required to propel an object forward is considerable, let alone travel at speed through the air.

Considering the prototype M-Star passenger plane from Wright Electric will only have a range of 270 nautical miles, it’s hard to see how an eVTOL craft with a fraction of the energy potential could beat it.

The reason for this lacklustre performance is because the energy potential of batteries is only 2% just of fossil fuels. The average £12,000 car with a full tank of fuel can go roughly 600 miles. An £81,000 electric car, loaded up with heavy, expensive batteries will reach around 330 miles. Less if you need the heating on. A lot less.

It will also take longer to charge than the average fill up, and the batteries will also need replacing roughly every 5 years. This is a guess as no battery manufacturer or electric car manufacturer will commit to any kind of guarantee on battery life expectancy.

This is because of how the batteries decondition. Rapid charge, followed by high demand output - like that experienced by electric cars - causes the batteries to deterorate quickly.

This isn’t a criticism of electric vehicles as a concept but the technology that’s holding it back. Asking road users to buy a more expensive vehicle, that doesn’t go as far and is harder to ‘refuel’ is a tough sell. Especially for those living in countries where travelling considerable distances is unavoidable.

Businesses and governments are scrambling to solve the issue. Like roads that charge your car as you go - basically turning your home town into a giant Scalextric track. While cool in a retro kind of war, it's an expensive piece of technology to solve the shortcomings of another. When surely the answer is to come up with a better alternative?

Despite the choke hold lithium-ion has on the market, there are other technologies reaching maturity that could outperform both lithium-ion batteries and fossil fuels.

Below are some of the main contenders expected to take on the lithium-ion batteries powering electric cars in the coming years.

For decades solid state batteries were a non-starter for the simple fact that they would explode all the time.

However, recent breakthroughs with inorganic electrolytes eliminates this risk altogether. It also makes the batteries far thinner, lighter and cheaper to produce. It should also significantly increase range as the battery will be able to store power and release energy in a far more efficient way.

According to Swiss-based Innolith, solid state batteries could push electric cars to the much coveted 600 mile range, with their design for a 1,000 Wh/kg battery. To put that in context, Tesla uses a 250 Wh/kg battery.

Solid state batteries also have twice the energy density so they should be quicker to charge too.

The problem is that technology is still in the lab and the chances are it will stay there for the next few years while Innolith - and companies like them - work to perfect the technology and find a partner willing to use them.

A little known Croydon-based company by the name of Dearman have developed a nitrogen powered engine.

However, instead of world-ending poisonous gases, the emissions from a Dearman engine is the nitrogen and a small amount of water vapour. The heating agent is recycled back into the system. 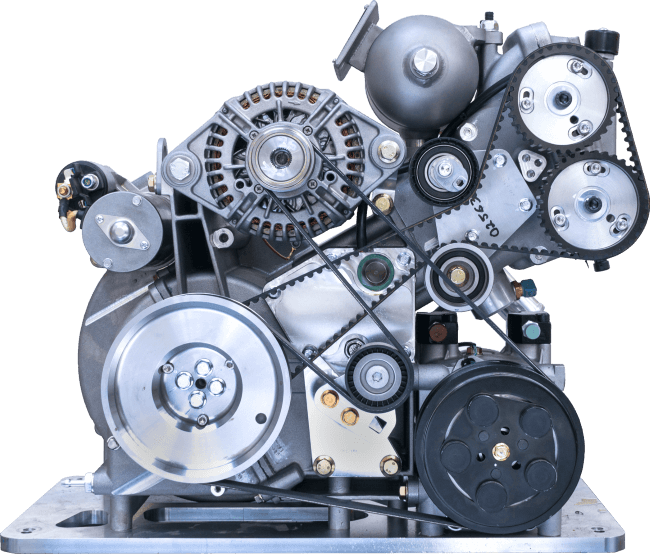 A nitrogen based engine makes strong commercial sense as it could effectively leverage the infrastructure currently used by the world’s road users. Namely fuelling stations.

Nitrogen is also stable to the point of benign and abundant on Earth and (as it goes) in outer space.

Dearman has developed smaller engines for use in refrigeration trucks to prove the concept and then move to bigger engines. We’d be lucky to see a nitrogen powered car before 2025.

Fuel cell technology has been the scientist’s (and science fiction writer’s) plaything for years. Although dormant for years, recent innovations have made it a viable source of clean energy.

Honda has already adopted fuel cell technology for their Clarity model. Although still technically an electric car, it relies on a hydrogen fuel cell to generate electricity rather than batteries.

It provides drivers with a 385 mile range (still somewhat short of the 600 mile mark) but takes just a few minutes to fill up. So it outperforms current battery technology both in terms of range and convenience. This is down to the incredible energy potential of hydrogen. Roughly one kilogramme of hydrogen has the same energy potential as four litres of petrol.

The problem is that hydrogen is expensive to work with. The fuel cells are costly to produce, but then again so is liquid hydrogen. Hydrogen is not naturally occurring on Earth - it’s usually bonded to something, like oxygen.

This means it needs to be separated, which is expensive and can be dangerous.

An explosion at a hydrogen processing plant - particularly if hydrogen replaced petroleum - could be devastating. Realistically hydrogen fuel cells are unlikely to see universal adoption simply because of the costs and complexities involved.

Although Toyota and Hyundai are both experimenting with fuel cell powered models, major cost reductions and improvements in range will be the key factors in fuel cell adoption.

There is no question that more needs to be done to combat emissions and reverse climate change. Replacing conventional cars with zero emission, electric vehicles is a worthwhile and impactful place to start.

However, the shortcomings found in the current generation of electric cars - and the upcoming eVTOL craft make most electric vehicles a non-starter.

The main challenge being that it’s very difficult to convince the consumer to pay significantly more money for something that is - essentially - worse than what they had before.

Even with the moral argument, most road users will opt for the vehicle that won’t just get them to their destination but definitely get them home again too.

Solid state batteries or nitrogen engines represent the most likely contender to beat out fossil fuels but they are at least a decade away from being ready for market.

In the meantime, the world will have to make do with lithium-ion and drawbacks they represent.