The World Health Organisation (WHO) has declared diesel carcinogenic, fuel-cell cars may damage the environment and government hinders sales of electric vehicles.

Not the essential and rapid greening of the planet we need - and much of the ponderous and pontificating approach lies at the door of politicians.

When it comes to the UK car industry and how it impacts on our environment and our economy the government has a long track record of massively incorrect decision-making that can end up damaging both.

Once again it would seem it is making automotive industry-related decisions that go directly against all the political hyperbole we hear from our politicians about wanting to improve the air quality of our country.

And it’s not just the car business that suffers when political decisions create a downturn or inappropriate trend in the industry; it’s the electronics industry as well.

Currently, approximately 37% of the value of today’s mid-range vehicles is taken up by electronic components and the global sales of electronics to the automotive industry is expected to grow by 9% annually and reach a value of just over €400 billion in five years. And that’s not small beer!

So what are some of these ill-judged decisions?  One of the latest mistakes focuses on government-sponsored incentives to encourage people to make the change from traditional internal combustion-powered vehicles to plug-in electric (EVs) and plug-in hybrid (PHEVs) cars.

The incentives included grants for and contributions toward the purchase price of electrically powered vehicles. The problem is these have been prematurely withdrawn and many pundits feel they should be reinstated until the price of electric vehicles is comparable to those of traditional cars.

The UK Plug-in Car Grant (PiCG) is aimed at offering discounts on a selection of EVs and hybrid EVs. However, government reforms brought an end to financial support for PHEVs, while the maximum grant for EVs has been cut from £4,500 to £3,500.

So what we have here are government decisions that discourage people from taking the plunge into plug-in hybrids or fully battery-powered electric vehicles. Hardly the right move given the government’s apparent commitment to improving air quality and cutting carbon emissions.

What is particularly noticeable here is that it would seem the government is already starting to show signs of a negative attitude towards self-charging hybrid electric vehicles. These are the electric vehicles that combine conventional combustion engines with battery power.

In effect, they charge themselves and do not need to be plugged into the national grid to re-charge their batteries. So why would the government be taking a negative stance with self-charging electric cars when its quite obvious the UK has failed to create a practical number of public charging points for plug-in EVs?

OK, so self-charging hybrid cars do rely on using ecologically damaging fossil fuels but far less so than conventional petrol and diesel cars. 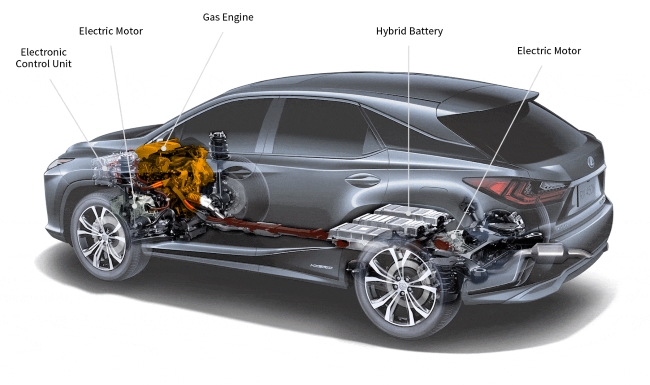 Having travelled recently in Europe in a particularly impressive Lexus self-charging hybrid I have to say that not having to search for public charging points was great.

And the fact that this vehicle creates its own electricity while on the move brings into play questions about how ecologically damaging plug-in EVs are. A substantial proportion of their electrical power is drawn from the national grid and most of that has to be generated at coal or nuclear power stations with only about 28% of the UK's electricity coming from environmentally sustainable sources.

So why are these negative waves rolling out from Government relative to self-charging Hybrids? Who knows, but it’s harming the overall sales of electric vehicles.

The UK’s Society of Motor Manufacturers and Traders (SMMT) has said that the fall in alternatively fuelled cars such as EVs was "a grave concern". It believes efforts to sell such cars were being undermined by confusing policies and "premature" removal of subsidies.

The SMMT statistics show that sales of plug-in hybrid cars in June had halved since the same month a year earlier while EV sales were down 4.7%. This meant the alternatively fuelled car sector saw overall sales fall for the first time since April 2017.

Strange and at times dangerously unhealthy decisions by the government should come as no surprise. Take the great ‘diesel is good” fiasco for instance.

It was only a few decades ago that it decided diesel fuel was a way of us driving cost-efficiently while doing our bit to save the planet. Government, industry and science united to sell us the dream that cars running on diesel would help us cut our CO2 emissions as we eased smoothly into a new eco-friendly age.

This, of course, was absolute nonsense and if the government had taken the time to talk to any automotive engineer 30 years ago they would have learned about the danger of diesel fuel particulates that are pumped into our air via exhaust emissions.

The particulates measure about 10 microns and once breathed in can bury themselves in the alveoli of the lungs. Here they can cause respiratory conditions and increase the risk of lung cancer, emphysema, bronchitis and pulmonary fibrosis.

But somehow the existence of highly dangerous particulates was ignored and government were so convinced of diesel fuel advantages relative to the environment they even reduced vehicle taxation on diesel cars. The result was that sales of diesel cars rocketed here in the UK.

Eventually, however, a report by The European Environment Agency found that diesel fumes had caused around 71,000 premature deaths across Europe in a single year and nearly 12,000 of those were in the UK. Unsurprisingly, the World Health Organisation declared diesel exhaust a carcinogenic.

So what’s the answer to petrol, diesel and electrically fuelled cars? Some will immediately say hydrogen fuel-cells cars. That answer is correct in many respects but there is a big fat NO lurking in the background.

Environmentally it is true that fuel-cell cars do address a lot of the environmental questions. The hydrogen they use means they only emit water from the exhaust pipe and they can travel as far as petrol, diesel cars and EVs and they’re almost silent.

Despite all these advantages though the only fuel-cell car you can buy in the UK is the Toyota Mirai. Hyundai sold the Hyundai ix35 fuel-cell but that has been withdrawn from sale. Honda sells its Clarity fuel-cell car in America

A fuel-cell car is like an electric vehicle in that it uses its hydrogen to charge on-board batteries that power an electric motor that turns the wheels. It has a hydrogen tank filled with pressurised hydrogen and when this hydrogen passes through fuel-cell stack electricity is generated for the car’s batteries.

The fuel-cell stack is essentially a three-dimensional wire mesh in a liquid that prompts a chemical reaction. It contains positive and negatively charged cathodes. The hydrogen atoms split into protons and electrons within this stack and the protons combine with air to make water vapour, while the electrons are fed into the car’s batteries.

But there are some buts when it comes to hydrogen fuel-cell vehicles. Firstly they are expensive. The Toyota Mirai costs the best part of £67K and secondly, and just like EVS, there are very few re-fuelling stations.

In addition to these problems, there is the big fat NO I mentioned earlier and it centres on how hydrogen is produced.

In our atmosphere hydrogen only represents approximately 0.0001%. So where else does it exist? The answer is in substances such as water and surprisingly that old demon fossil fuel, oil.

And this is where a huge problem comes in. To produce hydrogen fuel on an industrial scale to meet the needs of tens of thousands of fuel-cell vehicles over 90% would be created by burning fossil fuels and environmentally that’s a big fat NO NO.

So where does that leave automotive design in its drive towards achieving a zero-carbon footprint? Solar-powered cars may be a long term answer but as yet the panels needed for car applications are tremendously expensive to produce and there is still the age-old question of how does the car move when the sun doesn’t shine because solar cars cannot have big battery packs because of the weight factor and using a fossil-fuelled engine defeats the whole concept.

Perhaps Dr Emmett Brown was onto something with his flux capacitor? 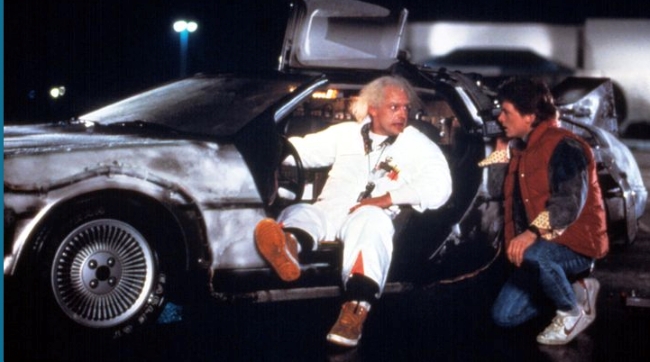 Will LiDAR become the driver's friend but the policeman's enemy?