How can wireless charging help industry at all levels?

Wireless charging is becoming increasingly popular as a smartphone feature, but the technology has wider implications that will one day have a massive impact on industry at all levels.

You spot the battery indicator on your phone is low, so you place the device on a charging pad. No fussing with cables; an easy way to grab your phone and go. It's the public face of wireless charging. Usually found at home, wireless charging for smartphones is increasingly appearing in the workplace. But is this the limit of the technology? What other applications does wireless charging have, and how can it help industry?

Of the two main technologies, inductive and resonant, it's the former that has the most use. With two main standards (Qi, and PMA), inductive wireless charging has some advantages which provide unique industrial applications.

Protected connections mean that water and oxygen cannot corrode wires and components, and with no need to plug and unplug, devices are less prone to general wear and tear. This in turn makes hardware more convenient. Meanwhile, for medical applications of wirelessly charged equipment, there are implications for infection control; for instance, equipment can be kept far cleaner. 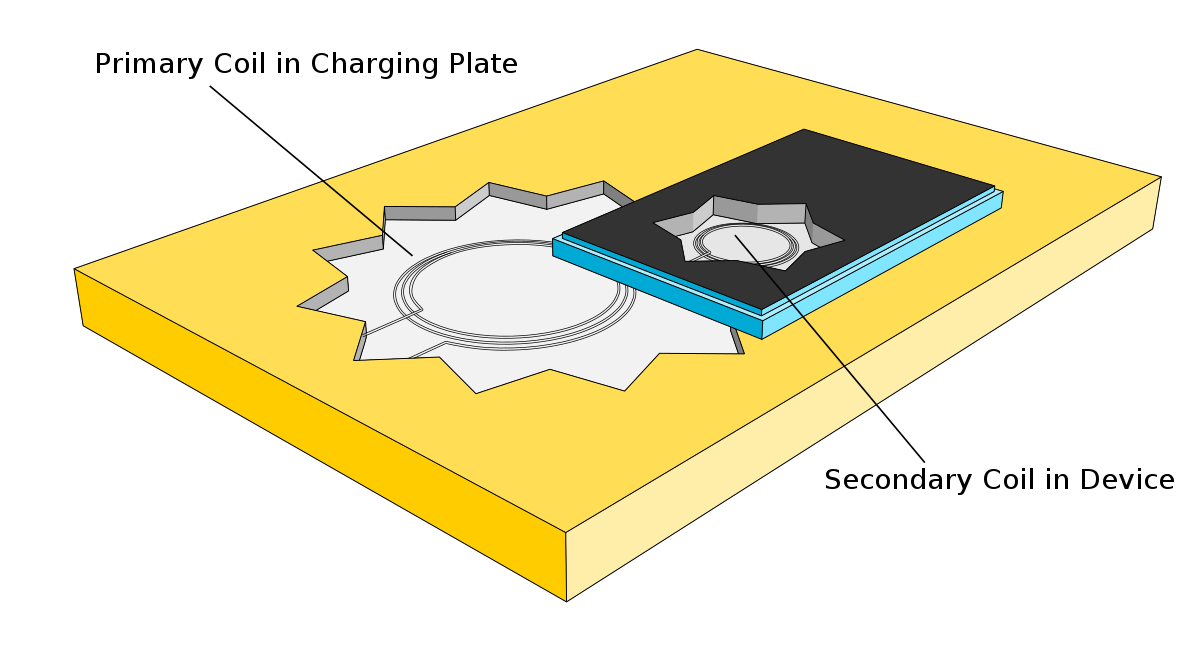 
On the other hand, inductive charging takes longer to recharge a battery, and has a short range. Wireless might be convenient for a quick exit; it's less convenient if you need to pick up and use the device while it's charging. Then there's the lack of cross-standard compatibility, and the inefficiency of wireless charging that can result in devices overheating; prolonged heat exposure can damage batteries.

Beyond the home, inductive charging in industry and the workplace looks set to be limited to phones, tablets, and laptops, as well as specialist handheld devices and tools. However, while inductive charging's short range can be limiting, resonant inductive technology deals with this shortcoming by working over far greater distances.

When first demonstrated by Nikolai Tesla, resonant inductive technology was employed to light a room. Now, it can be used for a number of applications. In 2013, Wired reported on plans for resonance chargers, embedded in the pavement or tarmac, set to be installed for recharging electric vehicles. As an amusement, the charging points resembled manhole covers. Could Hevo's manholes be used in car parks, or even a designated "recharge lane" on the motorway?

While Hevo's "manholes" have yet to arrive (presumably they're still looking for an automotive partner), these app-controlled chargers demonstrate how the age of smart technology is the perfect partner for inductive technologies.

In an industrial setting, resonant inductive technology could be used to charge vehicles; taxis, trams, even diggers. On far greater scale, however, this "magical" approach to powering equipment could be commissioned in vast engineering projects, such as new rail networks. Container freight ports, meanwhile, currently racing towards automation, could benefit massively from robotics systems that can be remotely charged. This same story is set to be repeated across the board for industrial automation, as robots are increasingly required to move around warehouses or production lines, rather than be left to single, static roles.

For undersea (and remote) exploration, the use of resonant inductive technology could prove invaluable for data collection; just as long as there is a receiving antenna on the surface. Similarly, it has implications for space exploration. Meanwhile, portable resonant inductive chargers might save lives in emergency situations, providing light where there is darkness, restoring power to areas experiencing blackouts, and other similar scenarios.

When these developments (and others) might occur, however, depends on budget. Resonant inductive technology is more expensive than inductive charging. These costs are related to construction as well as the environmental issues surrounding battery construction and disposal. If resonant inductive technology is a glimpse of the future, these issues need to be dealt with before I revolutionises industry, rather than after.

Is this the design engineer’s new flexible friend?

Will America’s Protectionist Stance Against Chinese Technology Come Back to Haunt Them?