Microchip’s Andrew Rogers look at the advantages of HSIC over USB and the connection procedures that are involved.

The high-speed inter-chip (HSIC) interface is becoming more popular due to its notable advantages over USB for hard-wired inter-chip applications. The interface is a two signal, source synchronous interface that can provide USB high-speed data at 480Mbit/s. The data transfers are 100% host driver compatible with traditional USB topologies. Full-speed (FS) and low-speed (LS) are not supported by the format, however a hub with HSIC can provide FS and LS support.

The interface differs from USB in the physical layer only. Significant features include no chirp protocol, source-synchronous serial data transmission and no hot removal or attach as the interface is always connected.

The protocol for data transactions between host and device via HSIC is the same as USB, as shown in figure 1. 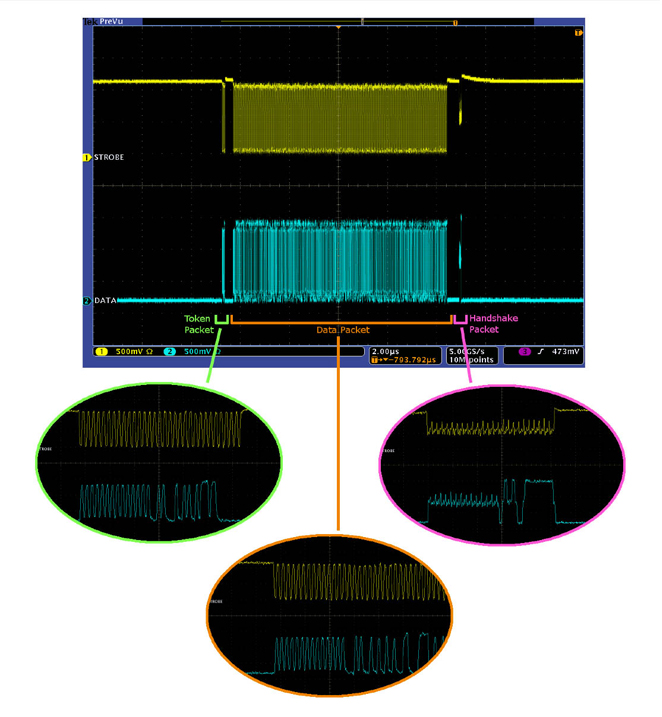 The primary difference is that all information is transmitted via a single data line, and a strobe signal communicates when to sample the received data signal. HSIC uses double data rate (DDR) signalling; data are sampled at both the rising and falling edges of the strobe signal. The strobe signal oscillates at a frequency of 240MHz, which provides a total data rate of 480Mbit/s.

As mentioned, HSIC has significant advantages over USB. For a start, it is a fully digital standard and thus no analogue front end is required. The lack of an analogue front end means die sizes can be reduced, and thus so can cost. Additional die reduction can also be made due to the decreased amount of digital logic required by the simplified connection protocol.

The HSIC standard does not inherently reduce power consumption, but the removal of the analogue front end can lead to lower power designs, especially since analogue circuitry does not necessarily scale one-to-one with digital circuits for reductions in process feature size. HSIC is especially low power when placed into the suspended state as there is no current draw on the strobe or data lines. By comparison, standard USB draws a minimum of 200µA on D+ through a 1.5kO pull-up resistor when suspended.

Because HSIC is only different from USB at the physical layer, migrating from USB to HSIC is not like changing to a completely new standard. This means existing USB software stacks and USB protocol knowledge bases can be quickly transitioned to HSIC.

With standard USB, every data packet begins with a sync pattern to allow the receiver clock to synchronise with the phase of the incoming data. The differential sign of the D+/D- signal is then sampled according to the sync pattern. HSIC uses a separate strobe line to tell the receiver when to sample the incoming data. The HSIC data signal is sampled at the rising and falling edges of the strobe signal. If the strobe and data signals become skewed for any reason, the sampled data may become corrupted. The HSIC Electrical Specification defines the maximum allowable skew as 15ps.

To make sure skew does not become an issue, the HSIC traces must be kept as short as possible and must not be longer than 10cm. The data and strobe traces must be the same length and they should be routed to 50O single-ended impedance.

To illustrate the amount of skew possible in the real world, figure 2 shows the beginning of a test packet transmitted from a host to a device with equal lengths. 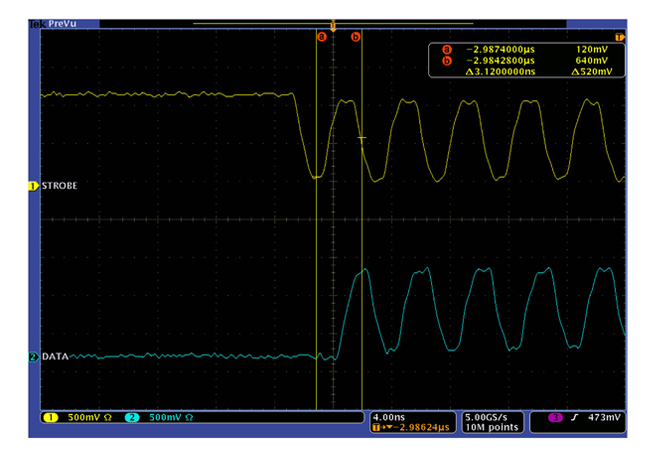 The same packet transmitted from the same host with a strobe trace that is about 10cm longer than the data trace is shown in Fig. 3. The resulting skew is about half of a nanosecond. This is an extreme example, but the results suggest that even a small amount of length mismatch may result in an HSIC specification violation. 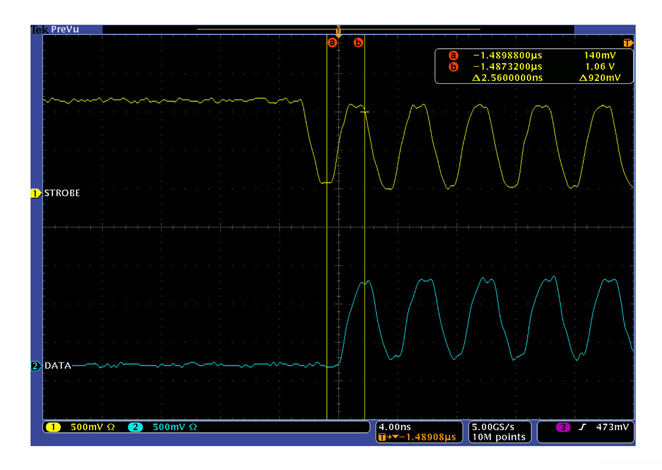 The single-ended nature and differences in signal termination cause some difficulties when attempting to probe HSIC lines. Standard USB signals can be easily monitored and deciphered by placing a differential probe connected to an oscilloscope at either the transmitter side or receiver side. HSIC signals are more sensitive and thus transmission line theory should be considered when attempting to probe them.

When attempting to probe signals originating from a device while probing at the device side, the signal becomes distorted. This is likely due to interference caused by the signal reflecting back on itself. The middle of the trace can also be probed, but the results are typically not as clean as if probed properly from one side. The ideal would be to probe simultaneously from both ends. A series protocol analyser may be able to sample the signals accurately in both directions, but the 10cm trace length restriction makes this option impractical.

The HSIC interface is structured such that a host or peripheral can be powered on in any order. To ensure a false connection is not detected, the host, hub and peripherals must ensure that the strobe or data lines do not float to an undetermined value, commonly referred to as tri-stated. 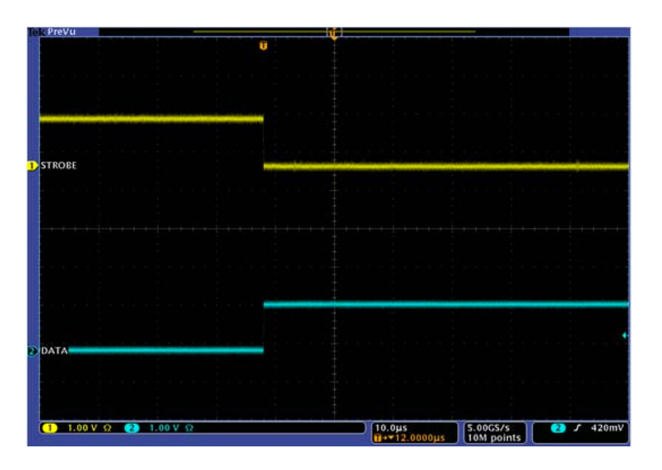 Figure 4. The connect sequence from idle and suspend to connecting and resuming signalling

With standard USB, the host can determine if a downstream port has been disconnected by monitoring the magnitudes of the DP/DM signal voltages. If the voltage exceeds the disconnect voltage threshold, the host can conclude that the device has been disconnected. HSIC does not support a disconnect protocol because it is intended to be a hard-wired, always on connection. However, it is still possible to have a situation where a downstream device may appear to have disconnected, and care must be taken to ensure the host does not permanently lose its connection with the device.

This apparent disconnection or standoff can occur because the host always maintains an idle state while the bus is unused, and the idle state is identical to the suspend state from a signal perspective. The host has no way of knowing if or when a downstream device has been powered down or disconnected. Since the suspend signalling is identical to the idle signalling, it is possible to reach a state where a downstream device believes it is has been suspended while the upstream host thinks there is no device downstream and waits indefinitely for a connect signal to arrive. A similar standoff condition could occur if the upstream host disables the port while the device believes it has been suspended.

This condition is not likely to occur between hosts and devices that never cycle power or soft reset. If this issue is encountered it must be dealt with in an application specific manner at either the link or software stack level. This can be done by programming the software stack or designing the link in a way that prevents the condition from occurring in the first place. Alternatively, the SoC can attempt to deal with a downstream device after it disconnects by resetting the HSIC hub. The device discovery sequence will occur and the connection will be re-established.

On Microchip’s USB254x, USB3613, USB3813, USB4604 and USB4624 devices, the SoC can use the VBUS_- DET pin to re-establish the connection. Pulling the pin low suspends the hub while pulling the pin high will wake it up.

The HSIC standard has advantages over USB in hard-wired applications as long as the correct connection and disconnection procedures are observed. These procedures are particularly important when troubleshooting some issues involving HSIC connectivity.

What's all this driver distraction control gizmology about anyhow?