Cohda Wireless has designed what is claimed to be the world's most advanced and versatile V2X connectivity solution to pave the way for the launch of connected vehicles on smart roads and highways around the globe.

The company's V2X stack and applications are currently claimed to be the most widely deployed in the industry, and the latest solution is its most capable, versatile, and powerful platform to date.

Cohda Wireless CEO Dr Paul Gray said that the dual concurrent technology capability of the MK6 gives users the reliability, flexibility and interoperability they require to embark on deployments, no matter where they are in the world, with confidence.

"More and more cities across the world are actively embarking on initiatives to introduce connected vehicles on their roads, and we developed the MK6 with the intent that it would become the undisputed connectivity solution of choice," explained Dr Gray.

"City transport authorities want to invest confidently in future-proof products, and when they equip their traffic lights and other roadside infrastructure with the MK6 Road-Side Unit, they are deploying a road-ready solution that can reduce congestion and road accidents."

"Other than its versatility in connectivity, the MK6 also boasts improved security and processing power for unique and complex applications," added Dr Gray.

Its technology has featured in two production vehicle platforms, most recently in 2019 when Volkswagen equipped its Golf 8 production model with Cohda's V2X smarts.

"We are approaching a tipping point, and we expect the MK6 to be a catalyst for increased momentum," explained Dr Gray.

"The MK6 is the all-rounder solution that makes it easy for the entire industry, especially cities and transport authorities, to participate in the evolution of the world's transport systems," added Dr Gray. 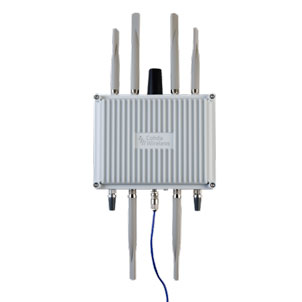