The new LS-37L is the most recent addition to BVM’s broad range of industrial grade 3.5” SBCs. The device is based on the latest 8th Generation Coffee Lake iteration of the Intel Core i7/i5/i3 CPU family, mounted in the LGA1151 socket and running under the Q370 chipset. These processors have six cores, TDP is up to 65W and its Turbo Boost Technology 2.0 can improve the maximum turbo frequency up to 4.7GHz. Depending on the particular processor model, up to 12MB of cache memory is given. Up to 16GB of DDR4 DIMM at 2666MHz in a single slot is supported. 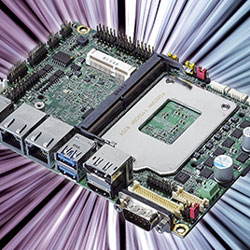