Intersil has announced that 16 of its radiation-hardened ICs were onboard the Dec. 5, 2014 maiden voyage of NASA's Orion spacecraft, also known as the uncrewed Exploration Flight Test 1. The Orion spacecraft is designed to go where no man has gone before, including astronauts exploring and collecting asteroid samples from a future planned robotic mission to redirect an asteroid to orbit the moon, and the long sought after manned mission to Mars. Intersil's rad-hard ICs are deployed in Orion's crew module, where they are used to support subsystems for mission critical applications in power distribution, navigation and flight control, and in the inertial measurement unit. A wide range of Intersil rad-hard solutions are used including voltage regulators, comparators, multiplexers, PWM controllers, MOSFET drivers, dual analog switches, quad differential receivers and microprocessor supervisory circuits, says the company. "Intersil's innovative rad-hard ICs are playing a key role in NASA's next big step into deep space exploration, which is energizing a new generation of engineers, scientists and astronauts," said Philip Chesley, senior vice president of precision products, Intersil. "The successful Orion test flight is a major achievement, and we're proud to be a part of it." 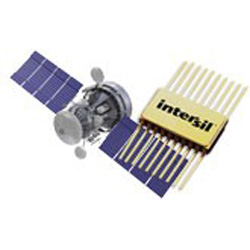