We all know there is a worldwide semiconductor device shortage, and we know what's causing it and what needs to happen to resolve it. But knowing is very different from actually solving a globally complex situation of mega proportions.

Reasons for the shortage are varied and include the breakdown of material supply routes, failing international partnerships and international trade disputes.

On this last point, take the America v China trade kerfuffle that started with the banning of Huawei in the USA and is still running. As a result, America's chip-makers are understandably wary about manufacturing in the same volumes as before when one of their former main buyers has been made unavailable to them.

But that is just one example. You can also throw into the chip shortage melting-pot the ever-lurking attitudes of international protectionism where countries take a position that they will stockpile their own chips to avoid trade war shortages or to play market-manipulation games with supply and its subsequent impact on prices.

When international trade partnerships break down, players will have to create new networks to replace lost supply or revenue channels. This situation can create ripples in global supply and demand, affecting many countries.

What about the Money?

And let's not forget about the money. Semiconductor manufacturing does not come cheap. The clean room is the heart of the operation and contains the machinery for IC production, such as steppers and/or scanners for photolithography, in addition to etching, cleaning, doping and dicing machines.

All this equipment has to operate at immensely high levels of precision and consequently doesn't come cheap. Prices for most equipment involved in the processing of just 300mm wafers have price tags that range from €700,000 to €130million.

As a monetary case in point, Intel is spending nearly €40billion on two new fabs in Magdeburg, Germany, along with design and manufacturing facilities in France, Ireland, Italy and Spain. And Texas Instruments is investing up to €30 billion in a large new manufacturing site in Texas, which is scheduled for completion in 2025. 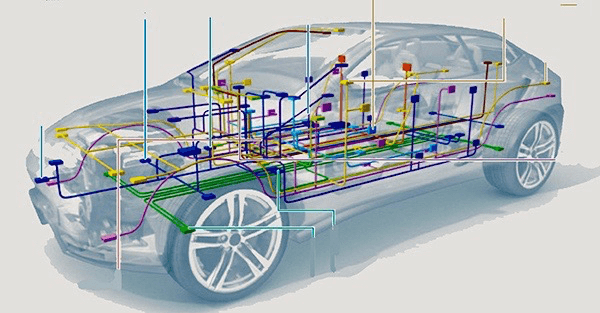 From the chip-maker's customer perspective, It's well-recognised that car manufacturers are having a particularly rough ride through this shortage, and as an industry sector, they are big consumers of power semiconductors.

Fortunately, there is a technology that satisfies most of their operational requirements: Gallium Nitride (GaN) devices. This technology is already well established, and its operational advantages of stability, wide band gap, hardness, temperature stability, fast switching and low on-resistance make it a winning solution. However, it is, unfortunately, paradoxical that car makers cannot get their hands on sufficient supplies.

Reach for the Corporate Wallet?

In the early GaN years, many semiconductor companies quickly recognised that GaN epi-layers could be created on existing silicon CMOS processes and understandably licked their lips at the potential cost savings on capital equipment to produce a highly sought-after technology.

But herein lies a problem. Will such manufacturing philosophies create the size of wafers at a rapid production rate that will impact the global chip supply shortage? The answer is probably not.

Unsurprisingly this is where the money comes in. And we're not talking about small money. As mentioned earlier, setting up chip fabs is a hugely expensive venture and furnishing it with modern manufacturing equipment pushes the budgets even higher.

But when it comes to winning the global GaN game, it has to be the winning strategy, which is already being demonstrated by chip-makers in China.

Let's take a look at Innoscience as an example. This Chinese company makes a lot of very bold statements about its manufacturing ability from a technological standpoint and also from a speed of production perspective.

It claims it is the largest Integrated Device Manufacture that is fully dedicated to GaN technology with a large 8inch GaN-on-Si wafer manufacturing capacity.

Just how large is that capacity? Currently, the company produces 10k wafers/month but aims to push that to 70k wafers/month by 2025. How is this possible? The answer is it's all about the substantial sums of money that have been invested in the latest manufacturing systems rather than relying on old CMOS orientated plant. And before anyone jumps to the conclusion that this particular company must be owned by the Chinese state, it's not. It's a private business.

When it comes to tempting auto manufacturing companies to buy its product, Innoscience makes normally-off/e-mode GaN devices for a range of applications and 30V-650V voltages, although this is likely to reach up to 1200V soon.

Also, it is keen on working with technology partners. Could such a partner be, for example, Infineon in Munich, a long-term player in the automotive power semiconductor market? Innoscience clearly denied that, although purely from a personal perspective, I could see some worthwhile logic in such a relationship.

GaN-based devices are normally-on (d-mode), but there are power semiconductor customers out there that need normally-off (e-mode), and the solution here is co-packaging a d-mode with a LV Si MOS. Innoscience device technology is normally-off/enhancement-mode (E-mode) based on p-GaN.

Another power semiconductor operational aspect that is constantly evolving is the consistently reducing levels of RDSon. Innoscience has addressed this by introducing a stress enhancement layer which the company says cuts on-resistance in the access region without affecting other parameters such as threshold voltage. 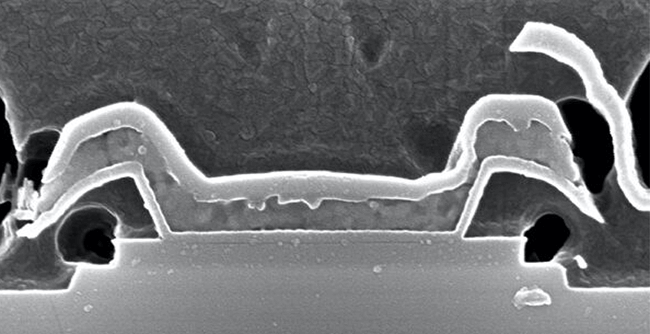 Most industry pundits will say that the chip shortage won't be over anytime soon, and they have a point. As mentioned earlier, political pressures and supply route disruption serve to support this pessimistic view.

However, there is considerable optimism that semiconductor companies with the financial muscle and technological confidence to invest in new manufacturing plants will eventually start churning out chips at a rate that will redress the world shortage. Intel, Texas Instruments, Samsung, TSMC, and GlobalFoundries are evidence of this trend.

What's also clear is that when it comes to manufacturing GaN specific devices, relying on old process equipment to produce the numbers to make you a long-term winner in that particular market sector is just not going to cut the mustard!