Talk to carmakers about when the shortage of automotive electronic components will end, and you'll get a whole variety of different predictions.

But one thing is clear: there is now a justifiable optimism slowly permeating through the carmakers' psyche regarding chip supplies. This is just as well because industry pundits estimate that by 2030 over 40% of a cars value will be electronic devices and systems. 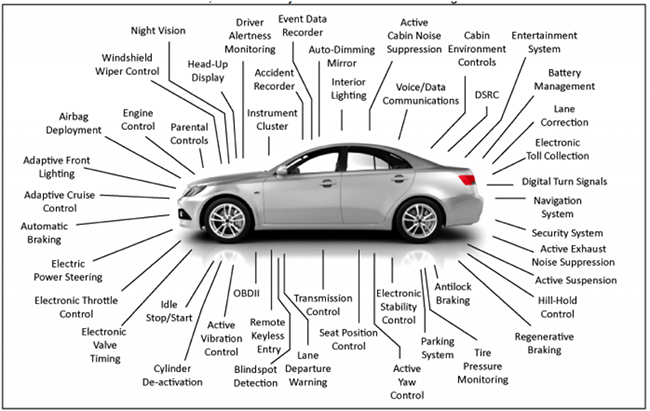 Whereas here in the UK, we currently see unresolved driver-related food distribution problems, panic buying of petrol and rocketing gas prices, the world's semiconductor industry is, by comparison, clear on what it must do to get its business back on track.

So what are some of the optimistic indicators? For a start, from 2020 to 2021, capital equipment investment for semiconductor manufacturing rose by more than 50%. According to a report by SEMI (formerly known as Semiconductor Equipment and Materials International) entitled World Fab Forecast, there will be10 new 300mm manufacturing sites start operation in 2021 and a further 14 coming online in 2022. One such site is the new €1.6billion Infineon chip manufacturing in Austria, but more on that later.

Many chipmakers and governments are working to create a more significant influx of products into the global supply chain, and TSMC, the Taiwan Semiconductor Manufacturing Corporation, is investing $100million in boosting its capacity during the next three years. In South Korea, Samsung and SK Hynix collaborate with the country's government over $451billion worth of investment.

As expected, the USA wants to ensure its chip makers are not lagging behind when grabbing their share of the global automotive semiconductor market. Consequently, President Joe Biden has pledged to support the semiconductor sector as part of his Build Back Better plan for boosting manufacturing, and $52billion has been allocated for American chip manufacturing. In addition to that, Intel is to expand its fab capacity and is spending $20billion on two new manufacturing sites in Arizona. The company also has plans for two new chip sites in Europe.

Over here in Europe, it's fair to say the overall semiconductor business has been on the decline compared to production in the rest of the world. Europe's share has dropped from 3% in 1990 to around 10% currently. The European Commission understandably wants to change this, and Germany is playing a leading role. Its technologists recently held meetings with experts from European and overseas countries to look at what investments need to be made.

But the thing is that Europe is not only lagging in production numbers, but it also needs to raise its game relative to chip sophistication. When it comes to smartphones and computers, a large proportion of chips are produced in Asia.

Consequently, the opening of Infineon's new 300mm wafer fab operation must be good news not only for carmakers but for Europe as a whole.

After three years of preparation and construction, the factory was commissioned at the beginning of August. The first devices produced will serve the growing market for power semiconductors in electric vehicles, data centres and solar and wind energy generating systems. Infineon claims the annual capacity planned for industrial semiconductors is sufficient to equip solar systems producing around 1,500TWh of electricity which is approximately triple the yearly power consumption in Germany.

Efficient energy use in the new manufacturing site means that 80% of the site's heating requirements will be covered by intelligently recycling the waste heat of the cooling systems, and around 20,000 tons of carbon dioxide (CO2) will be avoided annually.

Another important aspect of the new factory is the hydrogen required as a process gas in production will be produced directly on-site from renewable energy sources starting at the beginning of 2022. This will eliminate CO2 emissions during the original production and transport. This green hydrogen will be recycled after use in chip production and used to fuel public transportation buses. 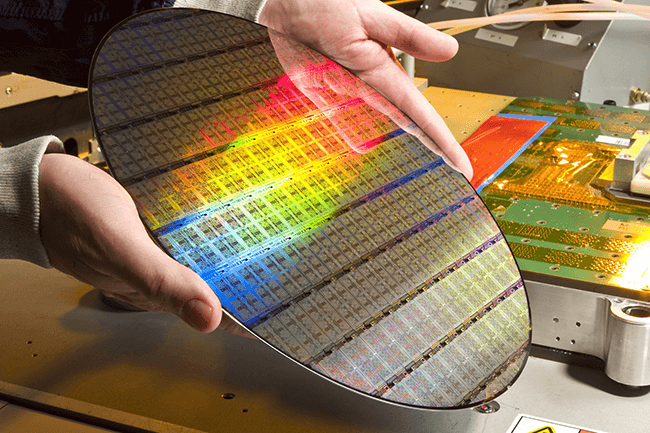 The chips are manufactured on 300mm thin wafers, and Infineon is the first company to fabricate automotive power MOSFETs on such wafers. The first product, the family OptiMOS 5 40V, is optimised for CO2 reduction applications.

Because of the 50%, larger wafer diameter compared to standard 200mm wafers, two-and-a-half times as many chips can be produced on each wafer. Infineon starts its OptiMOS 5 thin-wafer product portfolio with 40V variants in an S308 package (TSDSON-8) with a footprint dimension of 3.3 x 3.3mm.

The company says that compared to the previous OptiMOS generation, the OptiMOS 5 40V products feature a 40% reduction in on-resistance RDS(on) and offer a 35% lower Figure of Merit RDS(on)xQg to further optimise switching behaviour.

So, where is the UK in this global drive to ramp up the development and production of automotive chips, particularly electric vehicles?

Unsurprisingly the UK government has yet to reveal any plans to help its domestic semiconductor sector. What sector, you may ask, as the UK's biggest chip factory, Newport Wafer, is now controlled by China following a takeover by Nexperia.

Hopefully, the UK Government is not burying its head in the silicon yet again regarding environmentally green and profitable opportunities.

What are Smart Cities and What Challenges do they Face?

The Main Diagnostic Tests Being Used to Fight the Coronavirus