Recently, Apple has filed for a new patent for Data-Secure sensors that allow for data gathering in private areas. What problems do IoT technologies present, what is the new patent proposing, and how can it change the way sensors are used in private areas?

While sensory devices, such as temperature and humidity, allow for environmental monitoring, the use of camera systems allows for far more complex systems. For example, facial recognition systems can be used to identify individuals who enter a leave a specific area, while audio recording systems allow for commands to be spoken out loud that can be used for environmental controls and much more.

However, the use of cameras and microphones comes is a cost; the potential loss of privacy. While most are happy to put a camera outside a home, most would never install one in a bedroom or a toilet. And yet, these areas are the most private, and when it comes to security, could be the most important place to install one. For example, items of great value (such as jewellery), are commonly found in the bedroom, and during a break in these places are often targeted. With no cameras in the bedroom, it becomes difficult to get evidence on the individuals who have committed theft.

Of course, if cameras are installed in such areas, then there is a real risk that a cybercriminal can gain access to the internal network, and thus control any connected device (such as cameras and microphones). From there, private data from the camera can easily be obtained, and either used for blackmail, or worse, monitoring of the residence to perform targeted attacks.

To get around privacy concerns, one method that has begun to gain traction is the use of descriptive data. Descriptive data is one that conveys the same information as some other dataset but instead converts the data to a totally different type that cannot be reversed. For example, the image of a cat can be converted using algorithms to a description of a cat (head, paws, ears, and tail), and the original image is not needed to perform the same data processing.

In Apple’s patent, they have outlined a camera that integrates a descriptive mechanism whereby imagery from a sensor is sent to a processor for pre-processing. Here, the image is converted into a descriptive version, and this data is then passed onto a secondary processor which can then be accessed via the outside world. The use of read-only and write-only busses helps to isolate internal memory, and the separation of processing stages prevents any processor from having access to all data, both private and benign. 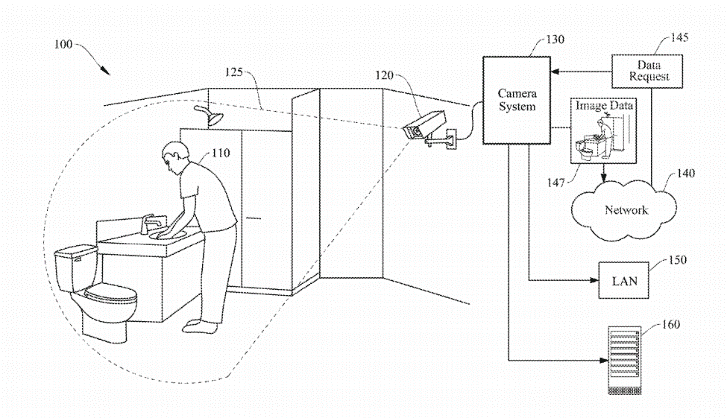 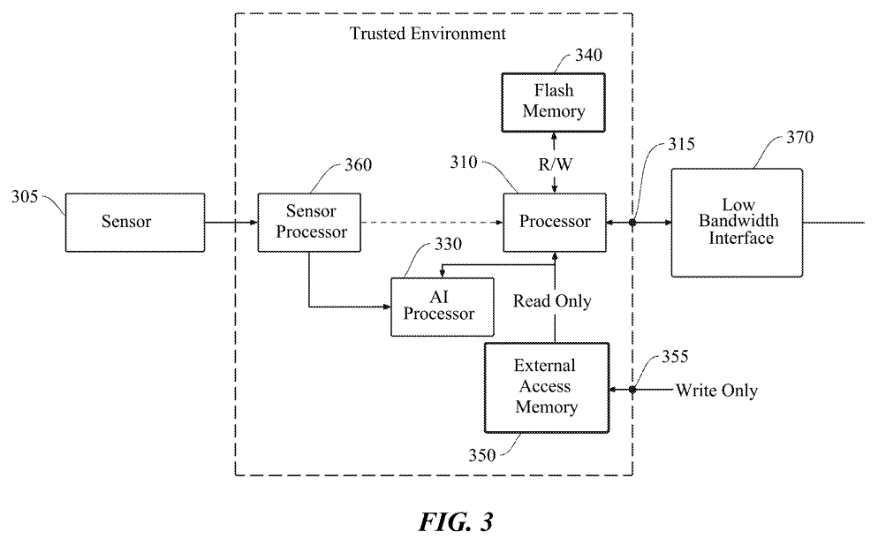 The use of descriptive data will significantly change the game for IoT devices when trying to target data-sensitive environments. Descriptive data methods will not only allow edge computing devices to pre-process data but to also send only useful information. For example, a security camera that wants to produce a unique fingerprint for a detected face does not need to know the colour of the walls or the pattern in the carpet.

The reduction in data size may also help speed up cloud-based processing, and the use of hardware circuitry to generate descriptive data will only further increase the speed of data processing. The reduction of data packet sizes will also further improve network performance and allow for more devices to use the same network simultaneously.

Designing sensor systems that do not allow direct access to sensor hardware will not only dramatically improve security, but it will also improve trust in consumers; something that the IoT industry desperately needs.