The COVID-19 pandemic is presenting engineers with a range of technical problems to solve and detecting those with the virus before they can spread it is one area in particular that has the US military interested.

The COVID-19 pandemic is a medical crisis that the world has not seen the likes of since the Spanish Flu in 1918. While not as serve, the virus can take several weeks to show symptoms while still being transmittable, which is how the virus has been able to get around the world as fast as it has. To make matters worse the virus being new means there's little to no natural immunity meaning that not only can it spread more efficiently but the small minority of those who get severely ill still makes up a large number of people. For example, assuming that 0.01% of people who catch the virus require a ventilator can still be 10,000 people for a population of just 1 million. Because of this, there was a surge of engineers instructed to design low-cost ventilators that could be quickly mass produced should the virus turn out to be more deadly than hoped. 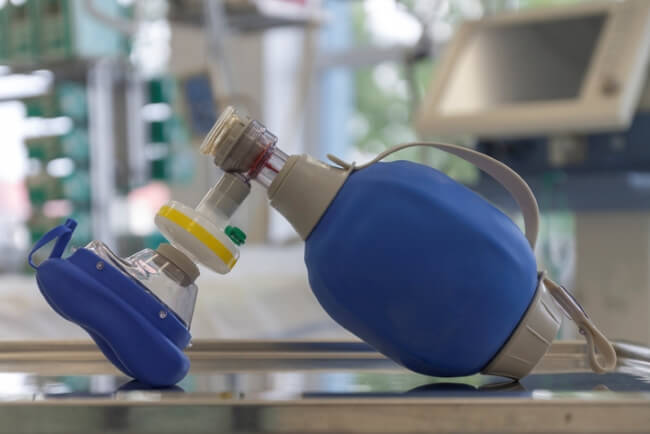 Fortunately, it turns out that this need for ventilators was an over-reaction and measures such as lock-downs are preventing the further spreading of the virus. But, this has come at a cost to damaging the global economy with the FTSE100 taking a significant hit (from approximately 7400 to 5000). Since services such as the NHS are reliant on a strong economy, there is pressure for the government to get life back to normal. If, however, people are allowed back out into public spaces, it is essential that the virus is kept under control and that re-infection does not take place. Several methods are used to tackle these problems, such as contact tracing apps and antibody testing kits. But wearable technology may be able to play a hand in this role with the US military taking an active interest in detecting personnel infected with the virus and taking measures to isolate them.

Wearable technology is any kind of technology that can be worn by a user with relative comfort with one typical example being smartwatches. While wearable technology could be made to do a wide range of tasks, they are often used in medical applications such as heart rate monitors and oxygen meters. Since wearable technology can give insight into the user, the US military is looking to developing such technology to try and identify individuals with the virus without having to make contact. The idea is that companies can propose designs to the US military for a chance to win a $25 million contract which can then be implemented to prevent the spread of the virus. The wearable sensor(s) should be able to detect potential symptoms such as fever and respiratory difficulties while also providing tracking and tracing capabilities to warn others of the symptoms. Other pieces of technology that the military is looking to include thermal goggles that are generally used for thermal vision but instead being adapted to measure the temperature of personnel with a peak capability of 300 individuals per 25 minutes. This technology can be advantageous in public areas involving large crowds which may require remote monitoring. 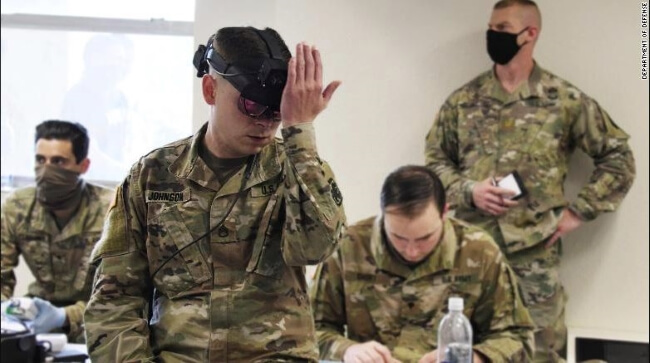 The military's Integrated Visual Augmentation System (IVAS), field goggles that are being adapted to detect body temperatures amid the coronavirus pandemic.

But wearable devices such as watches and wristbands can be uncomfortable to wear as well as being restricted to monitoring the specific body tissue they are in contact with. For example, body temperature is often taken at the armpit or the mouth as these are usually at core temperature where extremities are often much cooler. Therefore, a sensor that can measure the torso, arms, and armpit would provide more reliable data as well as potentially being able to measure breathing patterns and electro-cardio data from the heart. This is where MIT comes into the picture with a team of researchers have developed electronic sensors into stretchy fabrics. The sensors, which are embedded in textiles, are machine washable making them a potential solution for body medical sensors with the sole goal of not requiring tape or special adhesives. The passive sensors consist of long flexible strips that are enclosed in epoxy and then woven into fabric with small openings that allow for sensors to make contact with skin. The researchers were able to create a shirt with 30 temperature sensors and an accelerometer that can be used for recording temperature, respiration, and heart rate with all the data being wirelessly transmitted to a nearby smartphone. Adapting the technology can be very simple for use in COVID detection with the ability to detect fever, breathing difficulties, and heightened heart rate. The clothing is comfortable, which also makes it more desirable for wearers, and the ability to transmit data wirelessly allows it to work with the vast majority of smartphones.

Wearable technology will play an essential role in future medical applications whereby portable AI medical algorithms running on a users smartphone could analyser the wearer and detect anomalies that may indicate an infection or illness. This technology can be expanded and paired with contact tracing apps to provide those platforms with identification capabilities that can help to prevent the further spread of future viruses. It can be argued that the world has gotten lucky with the Coronavirus; the next virus may be far worse, and technology may be the only defence we have.

What is Digital Services Tax and How Does it Work?