COVID-19 and the Electronic World

The COVID-19 pandemic has had a major impact on the global economy with oil prices now in the red, unemployment at an all time high, and the FTSE 100 index price falling by unseen amounts. But how has this pandemic affected the electronics industry and what can we expect to change?

When China announced to the world that it was racing to tackle the spread of the COVID-19 virus the vast majority of the world believed that the infection would be restricted to Wuhan where the virus originated from. When it became clear that the infection was too hard to detect and prevent the Chinese government put the city of Wuhan into lock down and extended the Chinese new year holiday to keep workers at home. It was this extended holiday that shook the electronics industry as components, PCBs, and finished goods were put on hold for the entire time of the extension. Generally speaking, engineers who develop electronic products which source parts from China expect to see delays during the Chinese new year but the COVID-19 virus made that delay more exaggerated and painful. But eventually, the extended holiday came to an end and so did the delay to orders from China. However, it was around this time that cases of COVID-19 started to show up around the globe which is where the second impact on the electronics industry started.

In an effort to halt the spread of infection many governments around the world imposed lock downs on their populations. Staying at home and having nothing to do saw a surge in sales for online retailers of electronics including components and kits. The closure of schools would see parents purchase educational products to help teach their children, those who take an interest in electronics would tinker with ideas and projects, and those with an interest in model railways would purchase electronic traffic light kits for use in their dioramas. But as the number of cases increased there was a clear indication that services such as the NHS would become overrun with COVID-19 patients and the global lack of ventilators would result in a large number of avoidable deaths. This is when governments including the UK ans US announced a relaxation in regulations surrounding such medical equipment and challenged designers around the world to create low cost, effective ventilators for use in emergency situations. The result was a wave of engineers doing just that taking advantage of modular electronic design, 3D printing, and various other maker skills to create prototypes of devices that could be critical in the fight against COVID-19.

With engineers tackling the potential ventilator shortage another problem faced by the medical field quickly rose up; PPE. When dealing with an infectious disease such as COVID-19 it is critical that medical staff are equipped with appropriate PPE to keep them safe. However, because most medical equipment is single use medical staff have burned through their stockpiles of PPE at a rate  never before seen which is causing a shortage in PPE. This issue raises the question of whether different practises or equipment should be used in such scenarios (such as reusable gowns that can be disinfected). While disposable equipment guarantees zero cross-contamination this same guarantee can still be achieved with non-disposable equipment so long as correct decontamination methods are followed. This is clearly demonstrated in expensive hospital equipment such as ECGs, ventilators, CT, and MRIs which instead of being destroyed once used are cleaned with appropriate compounds to remove containments.

However, what’s done is done and medical staff are quickly running out of PPE which needs to be replaced shortly. Some electronic manufacturers have turned their attention to creating PPE for such staff with Adafruit being a notable example. While Adafruit has been listed as an essential service in the city of New York the company has suspended most of their operations and turned their attention to creating PPE equipment such as visors and masks. But despite creating PPE, their electronics capability also makes them valuable in the move to create ventilators which is another area that Adafruit are exploring. Another example of an electronic company that is aiming to medical equipment shortages is Monolithic Power Solutions whose expertise in motor and power control have been used to create an open-source ventilator. While still in development, it is hoped that the design will be used in emergency situations when ventilators are no longer available and the advantages of rapid prototyping with 3D printing and off-the-shelf parts can help to save lives.

Of course, just like with most global catastrophes and disasters there is always that special group of people who use those events to formulate creative ideas. One classic example of such creativity comes in the form of the 5G conspiracy whereby online users correlated COVID-19 infections with areas that had 5G coverage. Considering that the virus originated from China and that the US has prevented Chinese companies from working on next generation networks the idea of 5G spreading coronavirus spread rapidly online. But this conspiracy was taken too far when several 5G cellular masts has been attacked and destroyed by arsons causing problems with the network. 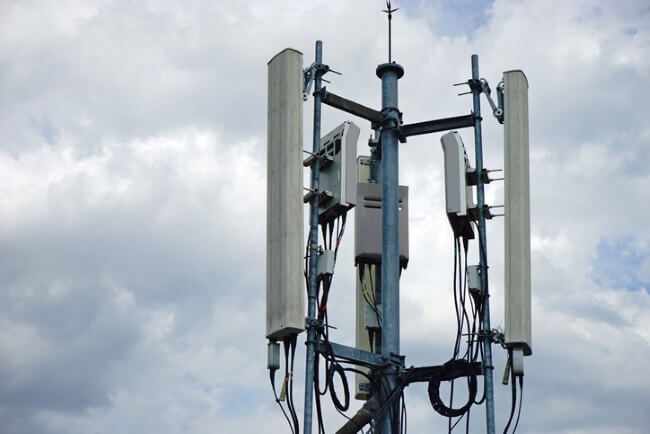 The COVID-19 pandemic has seen all industries across the globe heavily effected with superstores seeing a surge in profits while the fashion industry has seen a dramatic slump. Global economies have been damaged as a result of the uncertainty and inaction by governments around the world and the effect of lock down is damaging peoples lives. But even the electronics industry is heavily affected by such pandemics with component shortages at one stage and then a surge of online sales the next. Electronic gadgets such as laptops and phones will most likely increase in sale as people become increasingly reliant on internet technologies to stay in contact with loved ones and electronics consumables (such as electronic kits) will also see a continuing increase in sales as consumers try to find things to do during their free time. But this boom in sales may be overshadowed by a damaged future economy which sees high unemployment, large government debts, and the inability to maintain essential services.

It should be stated that during such times people need to stay strong and work together but if we don’t protect the very foundation that provides funds for our health services then the COVID-19 pandemic will be the least of our concerns. A future where even basic healthcare becomes near impossible to fund due to a non-functioning economy is one that will have a far higher mortality rate than what we current see with the coronavirus.