Reliable, portable, rubber bonded low-cost electrical components could be fitted to stroke or sports injury victims’ bodies as part of their rehabilitation at home.

Imperial College London (ICL) researchers have invented a way to bond a stretchy and squeezy force-sensitive soft material to electrical components. They created a bond between the soft material and components that is so strong the stretchy rubber material breaks before the bond between the components and rubber does. Adhesives have been used previously to try to bond the rubber material, which is conductive, to electrical components, but they broke down when the two materials were pulled apart.

“We hope [our] method will allow us to make low-cost soft sensors that are reliable and portable, that can be used to monitor people’s health in their own homes,” said ICL Department of Bioengineering researcher, Michael Kasimatis. “Such sensors could be coupled with a mobile device, such as a smartphone so that the data they generate can be easily processed and stored on the cloud, which is important for applications in digital healthcare.”

The ICL researcher’s new method is to use metal-coated silicon which triggers a chemical bond with the stretchy and squeezy rubber. The silicon contacts are smooth on one side, where they bond to the rubber, and pitted and plated with copper on the other side, so wires or other electric components can be easily attached using conventical methods, such as soldering. The ICL research team is seeking partners to advance technology. 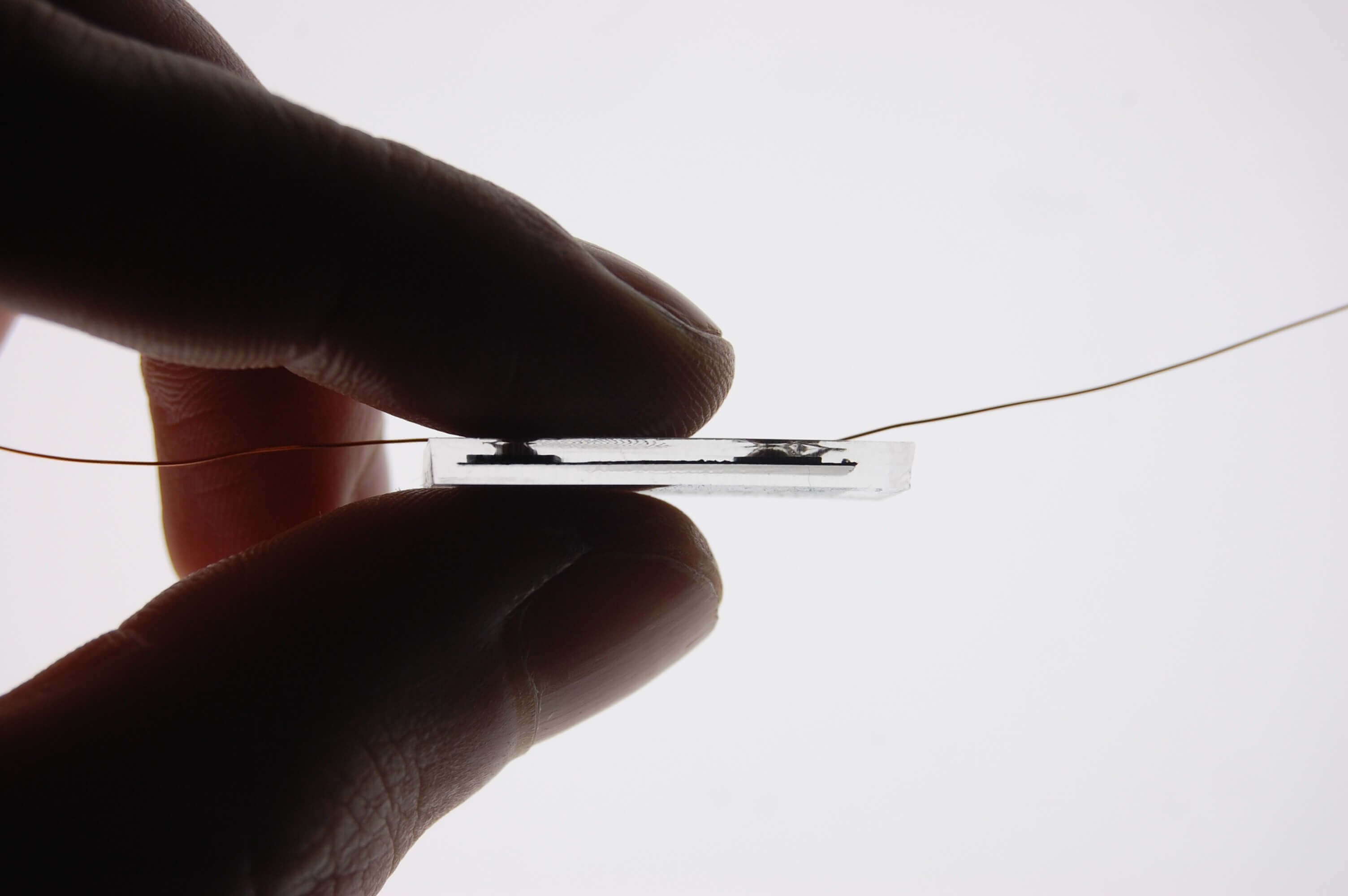 A few healthcare and rehabilitation prototype sensors have been tested to demonstrate how the bonding method can resist the strains of repeated stretching. The prototypes included a wearable breathing monitor, a leg band for exercise monitoring and a squeezy ball for hand rehabilitation. A squeezy ball is viewed as a potentially very useful rehabilitation tool and soft electrical force sensor as it can be used by patients with hand injuries or neurological disorders.

While such sensors have been in development for a long time, none have been commercialised because it has been difficult to integrate them with the electronic components, such as the wires, microchips and the batteries; all of which are needed to collect, process, analyse and transmit the data the sensor has been collecting. With the successful demonstration of the new bonding technique and its application to laboratory prototypes, the research team are planning to take the technology out of the lab and commercialise it.

Infineon Develops Combined ID Card for Both Access and Payments

Apple and Hyundai to Partner on Autonomous Vehicles