There are various types of fuses on the market today, although they can broadly be divided into two categories: slow-blow and fast-blow fuses. One of their key functions is to act as a circuit protection component to protect the circuit from over-current and overvoltage (static electricity) in the secondary circuits of electronic equipment. Demand for fail-safe slow-blow fuses, defined as fuses that can tolerate high levels of voltage for a short period without shorting, is growing particularly in the automotive sector. These fuses are able to withstand the high current of electricity that is typically passed through the electronic circuit when a car’s engine is started. By contrast, fast-blow fuses are the fuse of choice in home appliances, which are sensitive to changes in the flow of electricity. Fast-blow fuses permit the home appliance to survive by instantly shorting itself instead of the electronic circuit.

SCHURTER AG, the German based innovator and producer of electrical and electronic components, has launched a pulse-resistant SMD ceramic fuse with what it describes as a ‘super-slow’ release characteristic. It is designed to be used as a fail-safe device in particularly demanding applications. The compact UMT-W SMD fuse is available in five nominal currents, from 5 A to 20 A. It achieves nominal voltages of up to 125 V - both AC and DC - with a breaking capacity of up to 1000 A. Recommended applications include anywhere high ‘inrush’ currents flow. And it is particularly suitable for applications with particularly long cable lengths, such as avionics, that are primarily protected by electronic protection. “If this [electronic protection] monitoring fails or does not perform its task correctly, the UMT-W takes over as a fail-safe device and transfers the system to a safe, de-energized state,” explained the company. The UMT-W fuse has a ‘precise’ melting time and this guarantees a safety corridor that is four times the over-current protection that can be implemented in combination with electronic protection. 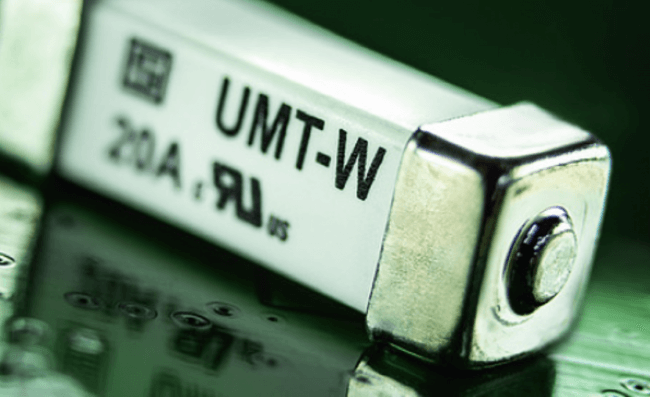 1000A Ceramic Fuse is Pulse Proof

In March, Infineon Technologies AG the German semiconductor manufacturer spin-off from Siemens AG announced the introduction of OptiMOS IPOL’s IR3887M, IR3888M, and IR3889M devices to its new family of integrated-point-of-load voltage regulators. The regulators feature a fast constant-on-time (COT) engine and are designed for server, base stations and telecom and storage applications. The ceramic capacitors come without the need for external compensation. A wide input voltage range of 4.3 V – 17 V, 2 V min with 5 V external bias and precise output voltage (0.5 % accurate reference voltage) is supported. “The voltage regulators offer high efficiency at light-load and thermally-compensated internal overcurrent protection with four selectable limits for a less expensive and smaller inductor,” said the company. Switching frequency is up to 2MHz. “These products provide benchmark efficiency, low power losses and the ability to thermally handle up to 30 A of continuous current,” it continued. Customers can also benefit from the benchmark output voltage regulation and enhanced load transients response.

The Japanese conglomerate Toshiba Electric recently entered the electronic fuse market fuses with the launch of the Toshiba TCKE8xx family. The family of six devices feature highly accurate over-current limit, overvoltage protection, and over-temperature protection, in addition, to short-circuit protection. Compared to polymeric positive temperature coefficient (PPTC) devices that are also resettable, they react much faster, can be reset directly via an external logic signal, and retain their low on-resistance even after multiple trip events. The TCKE8xx series come in three categories: no overvoltage VOVC protection, 5 V (VOVC = 6.04 V), and 12 V (VOVC = 15.1 V). 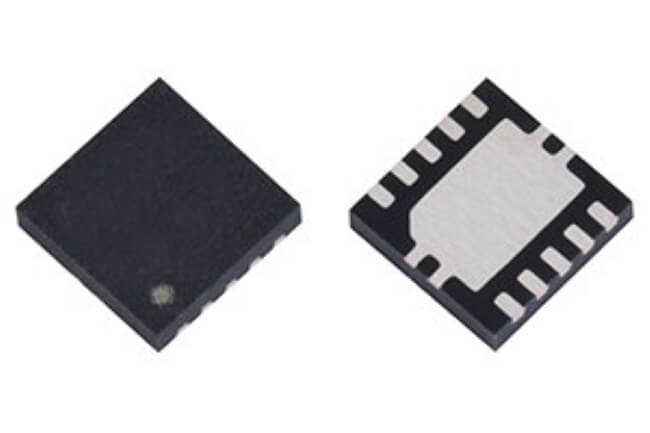 In February, the Japanese company ROHM announced the availability of its BV2Hx045EFU-C family of high-voltage (41V) dual-channel high-side switches. These are optimised for automotive ECUs in transmission control, engine control, and other vehicle systems. “Unlike conventional fuses, IPDs [intelligent power devices] used as semiconductor fuses can protect circuits without degrading or breaking down, making it possible to achieve maintenance-free systems,” said the company. These devices are presented as the industry’s first high-side IPDs capable of providing standalone protection against over-current. The series can protect the system against both ‘inrush’ and ‘steady state’ over-current. The protection range can be adjusted with external components.

A recent report forecasts a valuation of $65.45 billion in the global circuit protection market by 2026, having exhibited a CAGR of 7.1 % since 2019. The key drivers identified by the report include: development in the automotive electronics market, growing internet of things (IoT) market, development of the global electronics industry, fast growth of smart portable appliances and growing awareness about user-safety that has generated a demand for more advanced circuitry protection technologies. However, rising prices of raw materials used for manufacturing circuit protection devices are restraining the growth of the global circuit protection market. And strict government rules relating to the use of SF6 circuit breaker technology are another key challenge to the growth of the market.