Blockchain rose to prominence after Bitcoin skyrocketed in both price and popularity. After the success of Bitcoin, a slew of other cryptocurrencies debuted, such as Litecoin, Ethereum, and Monero. Cryptocurrencies operate using blockchain. Although blockchain may conjure up cryptocurrency, there are tons of blockchain applications beyond cryptocurrency. It’s a technology poised to revolutionise many industries. Learn all about the best non-crypto blockchain use cases, from what blockchain is to how it’s shifting landscapes in multiple sectors!

To gauge how blockchain can be used in the real world, it’s first essential to understand what blockchain is. A blockchain is a distributed, decentralised network where information is stored across a network of computers. Pieces, called blocks, are stored on individual machines. And a group of transactions is stored in a block. Block data is incredibly secure since altering any information stored in a block would necessitate overpowering the entire network. Since blockchain networks are vast, distributed, and decentralised, this is a difficult feat that, while theoretically possible, is highly improbable.

Because blockchain is decentralised and distributed, it’s difficult for a single entity to own it. Similarly, it’s tough to take down. In a cryptocurrency example, digital currency such as Bitcoin isn’t owned by a bank or governing body. When money is transferred, other users verify transactions and, in the process, earn a small fee. So blockchain is all about trust, which makes it perfect for different use cases where data accessibility and verification is essential.

Blockchain can be applied to supply chain operations. The United States Postal Service (USPS) researched various blockchain implementations for its supply chain dynamics. In a 2016 report, the Office of the Inspector General (OIG) concluded that the USPS could benefit from blockchain. Among its findings, supply chains could see significant improvements through blockchain, for instance, the ability to improve tracking. According to the USPS, almost 60% of supply chain gurus speculated that blockchain might enhance tracking. 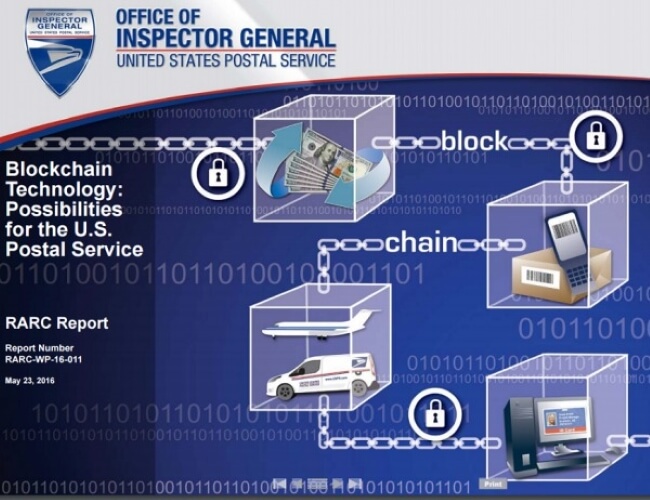 Similarly, since blockchain is all about trust, it’s ideal for smart contracts. For instance, an oil company might have a contract with one of its shipping companies that oil must be kept below a certain temperature the entire time, can’t exceed a certain level of humidity, and needs to reach its final destination by a specific time. With internet of things (IoT) devices, these metrics may be easily tracked, and blockchain technology is used to ensure that smart contracts are correctly fulfilled.

What’s more, you can even build a do-it-yourself (DIY) blockchain smart contract system. Maker Matt Farley created Jarvis Farley’s aptly named smart home hub that operates using blockchain. When his children complete their chores, they earn various points, which may be exchanged for money or time spent on activities. It’s all powered by the Ethereum blockchain, and it’s a homemade cryptocurrency, the Farley Coin.

While smart contracts and supply chains offer somewhat understandable applications of blockchain technology beyond cryptocurrency, agriculture could also benefit from blockchain. Blockchain in agriculture is similar to a supply chain. An excellent example would be tracking an ingredient, like poultry, quite literally farm to plate. An RFID tag scan would establish the initial block and track its entire lifecycle, from the farm to sale and where that final product ends up. There’s transparency into the complete process, which could prove invaluable for food safety and regulation. In the event of a food recall, blockchain in agriculture would make it much easier to track the likes of contaminated produce. Moreover, blockchain can be used with IoT and even artificial intelligence (AI) for smart farming. That way, it’s easy to analyse efficiency and crop production yields.

Blockchain-centric electronic voting systems could potentially alleviate concerns over voter fraud. A blockchain-powered voting platform would conceptually capture votes using a token that’s then placed into the wallet of a particular candidate. A vote would be permanently solidified since it’s nearly impossible to overpower a blockchain network and alter data in a block. Companies such as Follow My Vote tout blockchain as a secure, transparent e-voting system.

Online voting backed by blockchain could replace the inefficient method of waiting in lengthy queues at the polls and using paper ballots. Blockchain offers an end-to-end platform for verifying transactions. As such, it’s a great possible replacement for outdated voting mediums. Instead of heading to the polls, you could merely vote from a phone or PC at your own home. And in the process, even witness verification that your vote was tallied for the intended candidate. So voter fraud and other issues might be thwarted in the process with a blockchain voting platform.

Although cryptocurrencies arguably remain the most prominent examples of blockchain technology, there are tons of use cases for blockchain that are not cryptocurrency-related. Its trust-based, decentralised, distributed network may be implemented in everything from voting systems to supply chains. The main challenge is getting various parties to agree upon a certain standard. Should this happen more often, it could add more transparency and efficiency to smart contracts, shipping logistics, and more.

The general trend is clear. Blockchain boasts the potential to add more transparency over an end-to-end lifecycle while operating on a scalable, secure, decentralised, distributed network. With verified transactions that virtually can’t be altered, it’s a great way to cut down on corruption, increase efficiency, and enable many different industries to gain invaluable insight.

How do you see blockchain evolving beyond cryptocurrency?