6 Things to Consider About Flexible Displays

It is now possible to build displays that can actually be bent. They can actually be folded in half, almost like a piece of paper. They have many uses, but here we will focus on the effect that they will have on the future of smartphones. Wait – let me take that future business back because the future is now.

But first, some background. Because flexible displays are built from a new type of light-emitting diode, let’s take a few minutes to review that technology.

1- What is a Semiconductor Diode?

Diodes can serve is rectifiers – allowing current to flow across them or not, depending on how current is applied. The negative end of a battery can be connected to the N-material side and the positive battery terminal can be connected to the P-material side. The electrons on the N-side are repelled by the negative push, and the holes on the positive side are repelled by the positive charge. They flood the depletion zone, eliminating it. The semiconductor becomes a conductor, allowing current to flow.

LED stands for light-emitting diode. LEDs are semiconductor diodes that create light by a process called electroluminescence, which is the phenomenon of a material emitting light when electric current or an electric field is passed through it.

3- What are LED Screens?

A computer screen, or smartphone display, often consists of millions of tiny light-emitting diodes (LEDs).  A LED, as described, is a semiconductor that gives off light in a specific colour when excited by electricity. In the case of a screen or display, each one of the tiny LEDs is called a pixel. A picture, or a page of words, is “painted,” by those pixels that give off light at any given moment.

In the example below, a picture of the Canadian flag is built by the illumination provided by about 2,000 pixels. 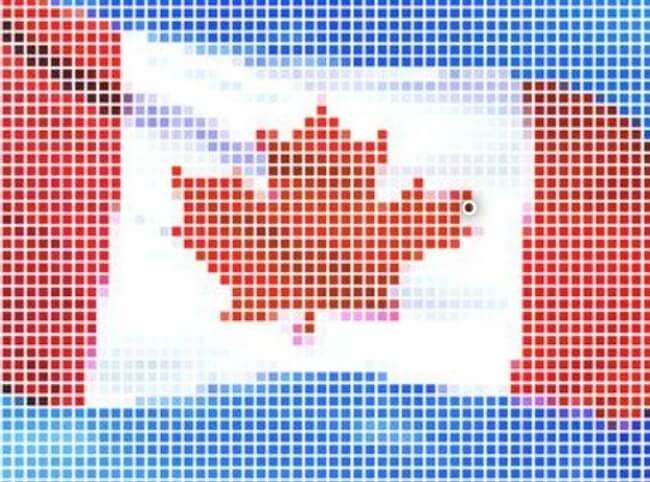 Of course, in a modern LED screen, unlike the above example, the individual dots are too small to see.

OLEDs or Organic Light Emitting Diodes are similar to classical LEDs in that on the application of a voltage, they emit light. The reason they are called “organic” is that the luminescent components are organic compounds composed of carbon and hydrogen.

The light emerges from the glass substrate for the viewer to see. OLEDs are widely produced, and in many ways are superior to classical LEDs

Now, here’s where it gets interesting!

The organic emitters, the cathode and the substrate can all be built of flexible materials. The resulting screen is for all purposes a thin film of bendable plastic. This makes completely flexible displays a reality, with an application for all types of bendable displays, including those for smartphones.

5- Why Flexible Displays for Smartphones?

Who doesn’t like a larger display? The problem is highly mobile persons only have so much carrying room to spare. But what if something 8 inches wide could be FOLDED into a four-inch package?

One of the things that happens with an OLED screen is that the pixels, the light portion of the screen that emits light or that displays an image, is actually built into the screen itself. So the LEDs are on the actual screen technology instead of being behind it and projecting through a glass pane. What's happening with flexible screens is that they have this OLED display technology that's being printed on a thin layer of plastic. When you've got that thin layer of plastic, you can do all kinds of things with it. You can bend it, or you can shape it in different ways.

6- The First Smartphones with Flexible Screens are Now Available

When the Motorola’s Razr is flipped open, it is height and not width that’s doubled. 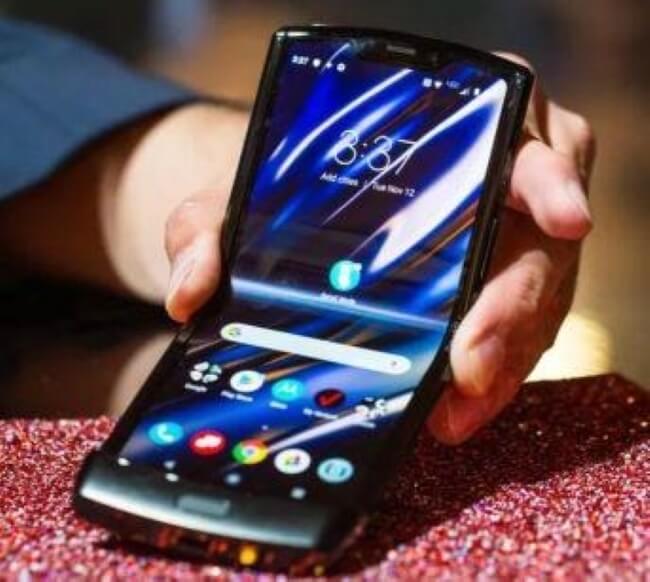 Note the mechanical hinge system illustrated just below on the Razr. The image illustrates what may turn out to be a sticking point in the development of smartphones with flexible displays. 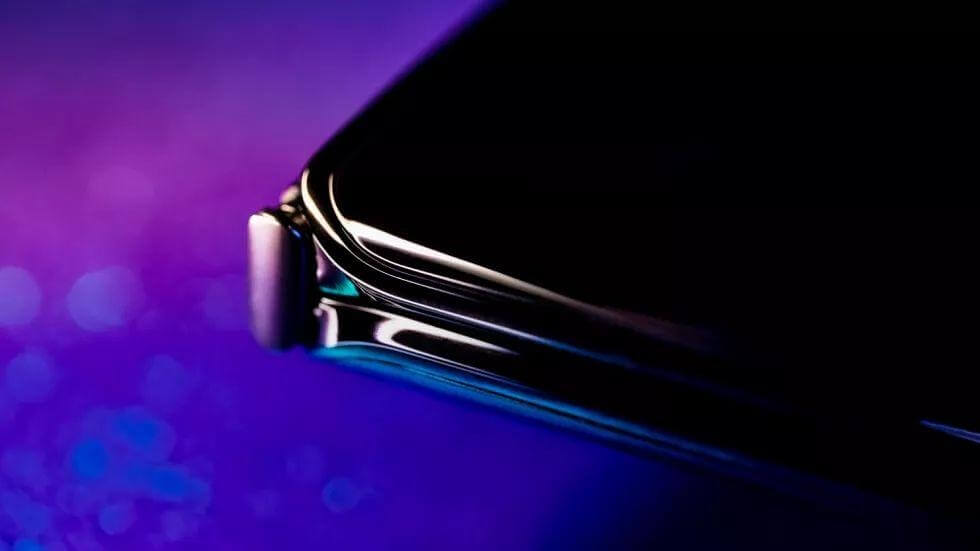 A hinge system such as the Razr’s will be necessary on every phone with a flexible screen. Why? Because if you bend anything to it’s limit, it’ll break. The hinge system will make sure that the screen doesn’t fold flat like a piece of paper folded to fit in an envelope.

The manufacturing costs involved in producing the OLED screens themselves can only trend radically downwards as time passes. But the hinges, being of fairly complex mechanical design, may well prove a sticking point.

Again, this definitely is not a problem unique to the Razr.

When folded, The Galaxy Fold presents a pedestrian 4.6-inch display but unfolded, the view blossoms to 7.3 inches. Imagine - Something with a screen the size of a tablet that you can carry in your pocket!

When initially introduced in April of this year, the Samsung Galaxy Fold did have some issues about the fold. 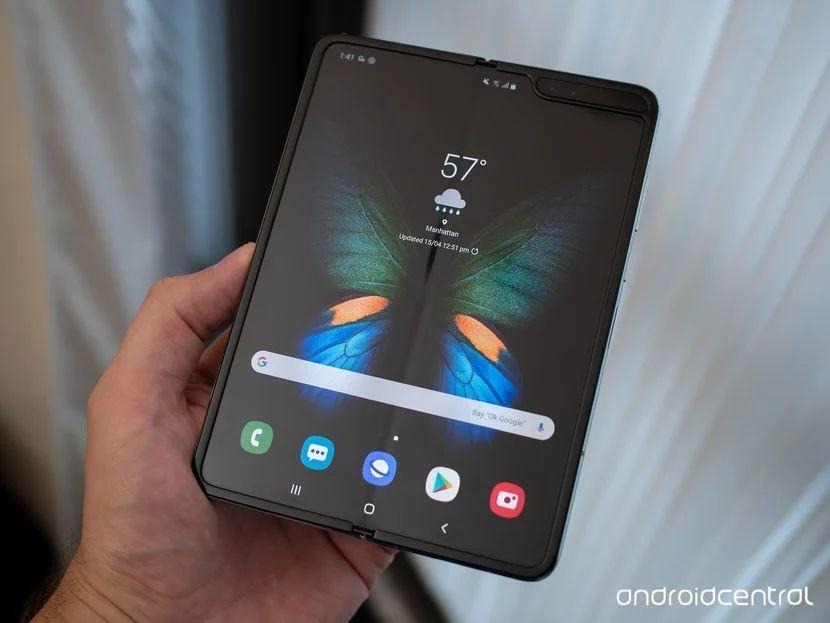 Reportedly, the issues have been ironed out, and sales will soon resume.

As Forbes describes it, this bendable smartphone is essentially a “small tablet with a 7.8-inch screen that can fold in half.” Different from the other devices, ‘the FlexPai’s screen folds backwards away from the user, so the screen effectively wraps around both the front and back of the device when it’s in folded “sandwich” mode.’ 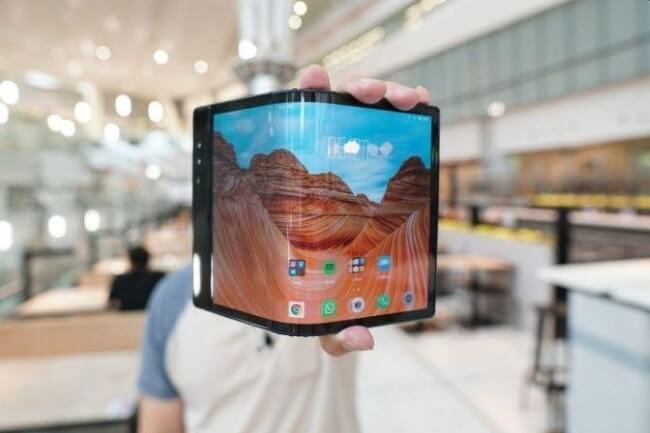 What's this accelerating down the binary highway all about – anyway?