The awarding of the 2019 Nobel Prize in chemistry by the Royal Swedish Academy of Sciences to Japanese researcher Akira Yoshino and American researchers John B. Goodenough and M. Stanley Whittingham for their development of lithium-ion batteries, underscores the groundbreaking revolution of the technology. Since its commercial launch in the early 1970s, the lithium-ion battery has helped create a "rechargeable world" and is at the root of virtually every single modern electronic device from smart-phones and laptops to electric vehicles (EVs).

Innovations continue and this month, the unveiling of new lithium technology for telecommunications applications by Exide Technologies, a global provider of energy storage solutions, is expected to further transform the outlook for lithium battery technology. The technology made its debut in Johannesburg on October 8 and 9. The new high-performance battery Sonnenschein Lithium TEL48100 comes from Exide's GNB division. The battery provides fast charging and advanced safety features and is ideal for BTS (Base Transceiver Station) applications due to its maintenance-free design. 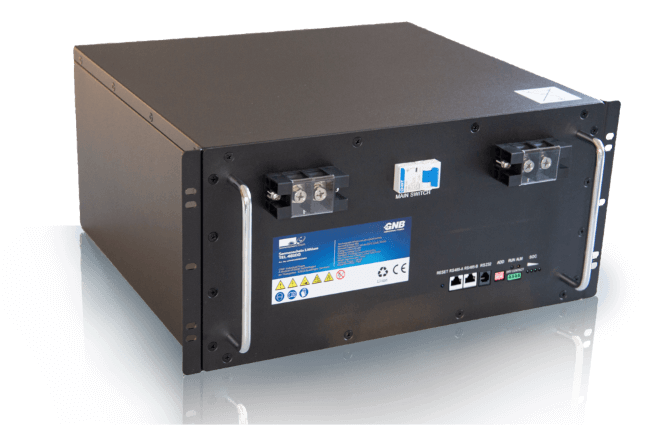 A team of researchers from the Johns Hopkins Applied Physics Laboratory (APL) has made a landmark achievement with its breakthrough lithium-ion battery technology. The battery is flexible and ‘cuttable’ and can operate under extreme conditions including submersion. Importantly, from a health and safety standpoint, it is also incombustible. In research published in the journal Chemical Communications, of the Royal Society of Chemistry, the APL team described the latest discovery. It is based on a new class of ‘water-in-salt’ (WiS) and ‘water-in-bisalt’ (WiBS) electrolytes incorporated in a polymer matrix. This reduces water activity and elevates the battery’s energy capabilities and life cycle while ridding it of the flammable, toxic and highly reactive solvents that are present in current Li-ion batteries.

The team’s latest work significantly advances the state of the art in aqueous LIBs and forms the foundation for the next generation of battery technology. “Our team’s efforts are focused on replacing the flammable liquid with a polymer that improves safety. Our recent paper shows improved usability and performance of water-based flexible polymer Li-ion batteries that can be built and operated in open air,” said the team. The lab overcame the restrictions of liquid WiBS electrolytes by developing stable WiBS-based aqueous gel polymer electrolytes (GPEs). A battery prototype is expected in 2020.

Yet despite the very real successes notched up by the lithium-ion battery, there are limits to what they can do, and issues with safety have not been entirely resolved. Costs still need to fall further and the power to weight ratio is still a problem. As a result, most battery experts say entirely different chemistries for energy storage will soon be required.

One innovation is the creation of the world’s first long-cycle and fully rechargeable Li-Carbon Dioxide battery by researchers at the University of Illinois at Chicago. They claim that the battery is seven times more efficient that conventional Li-ion types. A key marketing point is that the batteries are carbon-neutral. The theoretical possibility of replacing Li-ion batteries with Li-Carbon Dioxide batteries has been known for years. But the technological hurdle that needed to be overcome was how to make them last beyond a few charge cycles. The problem is the build-up of carbon on the catalyst during charging.

Amin Salehi-Khojin, associate professor of mechanical and industrial engineering at UIC's College of Engineering and his colleagues overcame this hurdle by using a hybrid electrolyte in conjunction with molybdenum disulphide as a cathode catalyst to help incorporate carbon in the cycling process. While the new batteries still cannot match the 5,000 charge times for high-end Tesla batteries, the 500 charge cycles that the team has demonstrated is nonetheless good enough to make them practical for many everyday uses, including in portable power packs, smart-phones, UPS systems and possibly even some electric vehicles. And it is a massive improvement on the grand total of 10 charge cycles that researchers at MIT were able to demonstrate for the Li-Carbon Dioxide battery last year.

Although the lithium-ion battery faces challenges in its key markets in the years to come, the overall lithium-ion battery market is still forecast to grow at a CAGR of 16.2%, between 2018 and 2024, to a achieve a valuation of $92.2 billion from $37.4 billion. Drivers include: demand from plug-in vehicles; demand from automation and battery-operated material-handling equipment in industries; and demand from smart devices and other industrial goods.

5 things you should know when specifying high-speed data connectors